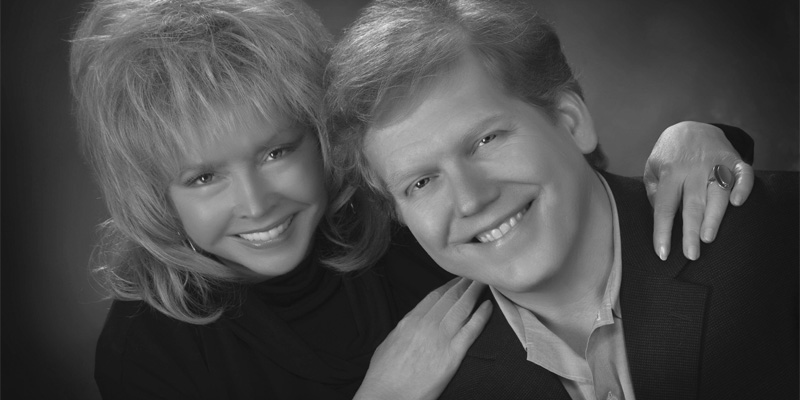 Iris Johansen and Roy Johansen On Writing Together

“What’s it like to write a book with a member of your own family?”

It’s probably the number one question we get at our book-signings, and we give a different answer pretty much every time. That’s because our dynamic is constantly changing from book to book, chapter to chapter, even page to page. After all, every story is different. As we prepare for the release of our tenth book together, we thought it would be fun to sit down and talk about this unique process that’s still evolving for us.

Iris: I guess we should talk about the beginning.

Iris: Most people probably don’t realize we’d each been writing over twenty years before we wrote anything together.

Roy: You said that at a book-signing once, and I was surprised to realize it. For the first ten years of my career, I worked exclusively as a screenwriter. During the next ten years, I added novel-writing to the mix. I was concerned with establishing myself and finding my own voice before trying to write something together. But even after we decided to try collaborating, it took a while to find a subject that appealed to us both.

Iris: That’s right. But that all changed when you went to Chicago and emailed me pictures of that German World War II submarine in the Chicago museum.

Iris: And that was the spark that brought us to write Silent Thunder. We wrote that one totally under the radar, didn’t we?

Roy: No one knew we were working on it.

Iris: We didn’t even tell our agent and editors we were writing that book. Collaborating was such a new process for us we weren’t sure how it was going to turn out. If it turned out badly, we wanted the option of sticking the manuscript in a drawer and pretending it didn’t exist!

Roy: That’s right. It was such an alien way of working for us, we just didn’t know if it was going to amount to anything.

Iris: But I felt good about it very quickly.

Roy: Me too. Early on, we established a pattern that has more or less guided us in all of our books since. First, we spend some time discussing what our book is about and who the characters are. It’s a fun part of the process. Then one of us dives in and starts writing.

Iris: Sometimes you kick things off, sometimes I do. It depends on the story.

Roy: That’s true. It varies. One of us will write maybe forty or fifty pages, then the other will write another chunk. We go back and forth like that, pushing the story forward in directions that are often a total surprise to the other.

Iris: It gets interesting when we write ourselves into corners that the other must somehow navigate.

Roy: Very interesting! But I think this helps make our stories livelier and more dynamic. We’re constantly trying to entertain each other, so hopefully we’re entertaining the reader at the same time. We keep each other on our toes, and I think that energy translates onto the page.

Iris: I think so too. I get the feeling that we’re bringing the reader along for the ride that each of us are on, being constantly surprised by the twists and turns.

Roy: But as surprising as the journey can be for each of us, we almost always know where we’re headed.

Iris: Absolutely. Even if we don’t quite know how we’ll get there.

Roy: Another interesting thing most readers don’t realize is that we write our books on two different sides of the country. I write on the west coast, you write on the east.

Iris: That’s right. E-mail definitely makes our lives easier, especially as we move into the home stretch of our books. At that point we’re both writing and sending each other pages every day. 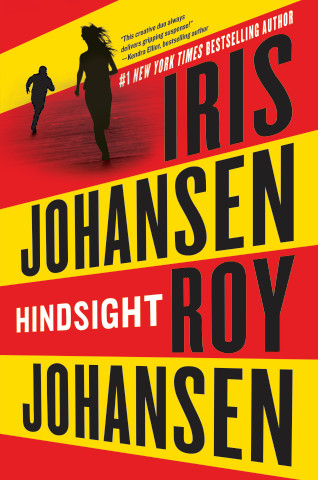 Iris: The time zones also work in our favor. I start work early in the morning, and you write late into the night hours. You send me pages as you’re going to sleep, which is right around the time I’m waking up.

Roy: And of course, we also talk on the phone a lot.

Iris: Oh, yes. Lots of conferences. Which brings me to another question readers have: Do we ever have disagreements?

Roy: Of course we do! But we’ve never had what I’d call a serious difference of opinion.

Iris: No. When disagreements come up, we just talk through them. We each present our case, and usually who feels strongest will prevail.

Roy: If one of us feels that strongly about something, that means that person probably has a clear vision about making it work. And it almost always works out that way.

Iris: What do you think our biggest disagreement has been?

Roy: I can think of a major one.

Roy: Yes! Kendra’s blind friend Olivia. You wanted to kill her off in the very first book.

Iris: I did (laughs). It would have been very dramatic and emotional.

Roy: I agree. But I had plans for her in future books, so I really wanted to keep her alive.

Iris: And she’s been a great character through the series. But think what an emotional wallop her death would have packed!

Roy: I’ve always said you were a bloodthirsty writer.

Iris: I am! Nothing brings a story to life more than a powerful death scene.

Roy: You’ve proven that time after time. But have you ever angered your readers by killing a favorite character?

Iris: Oh, yes. A few times, actually. I had something of a romantic triangle with my character Jane Macguire. She had two men vying for her affections, Mark Trevor and Seth Caleb. I finally decided to resolve the issue by killing Trevor. Readers were not happy! But I felt the relationship had gone as far as I wanted it to go, and his death lent an emotional weight to the book and to Jane herself. It was absolutely the right decision, but readers grow possessive over characters they may follow over a period of years. Some readers were angry, but most were just sad. And that’s okay, because we want to engage our readers, to move them and make them feel. When readers were upset about Trevor, I knew I’d done my job.

Roy: I know what you mean about readers being possessive about our characters. They have very specific ideas about their love lives, especially who they should or should not date. It’s flattering that they’re so invested.

Iris: My character Eve Duncan has had a relationship with Joe Quinn that has run through her entire series, but I had a book where Eve appeared to have some romantic chemistry with another man. Again, readers weren’t happy. They were protective of Joe and nervous that Eve might disappoint them. Every author has to accept the fact that at some point, their characters don’t belong to just them; as much as we collaborate with each other, we’re also collaborating with our readers. I can’t think of anything more satisfying.

Iris Johansen is the #1 New York Times bestselling author of more than 30 consecutive best sellers. Her series featuring forensic sculptor Eve Duncan has sold over 20 million copies and counting, and was the subject of the acclaimed Lifetime movie, The Killing Game. Along with her son Roy, Iris has also co-authored the New York Times bestselling series featuring investigator Kendra Michaels. Roy Johansen is an Edgar Award--winning author and the son of Iris Johansen. He has written many well-received mysteries, including Deadly Visions, Beyond Belief, and The Answer Man.

The Shadowy Noir of the Post-War Thriller 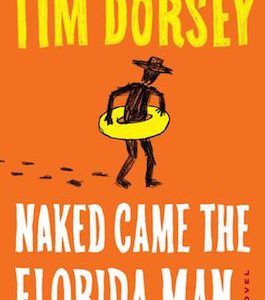 "Don’t shoot guns into the hurricane.” Elsewhere this would go without saying, but Floridians need to be told. This...
© LitHub
Back to top