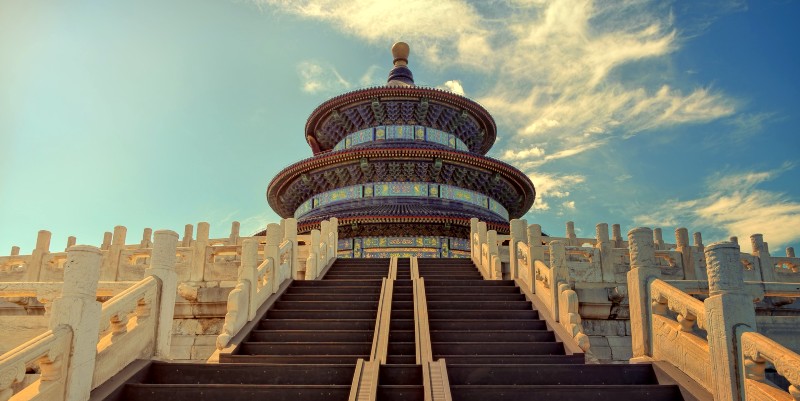 Is China the Next Spy Fiction Supervillain?

A former FBI counterintelligence analyst and author explains why China will be the new go-to adversary for thriller writers.

Perhaps it makes me a cliché, my bookshelf bursting with le Carré, Follett, Clancy, and Ludlum. Like many of my ilk—spinners of spy stories, that is—I grew up reading the classics. Give me a cloak-and-dagger, cat-and-mouse twisty tale any day. Modern critics might lambast the trope-filled material, but I still find sparkling nuggets of originality buried within the familiar character archetypes and well-worn plot arcs. That said, this foundational espionage literature shares a great deal of common DNA. These novels are intelligent, often witty, and almost entirely about defeating the Soviets.

Then, when that ugly wall crashed down, we ticked ahead on the cosmological timeline. Cue the next wave of thriller plot lines: decades of paramilitary-style manhunts, raids, and drone strikes to bring down sleeper cells and desert-dwelling al-Qaeda offshoots. Americans were fully rewired with a new common enemy, complete with a fresh collection of tropey antagonists.

So who’s next? Who will step in for the long-retired sneaky Soviets and Islamic terrorists? What adversary will be worthy of the twisted imaginations of a new generation of thriller writers? My experience hunting real-life spies as an FBI counterintelligence analyst may have colored my viewpoint, but I argue the People’s Republic of China will become the spy fiction protagonist’s next go-to rival.

I know what you’re thinking: China is not exactly a new idea, Bub. Okay, fair point. I’d never claim to be the first to have stumbled upon this fertile ground. Many have already trekked this territory and left big footprints with their big shoes. There’s Charles McCarry’s The Shanghai Factor, Alex Berenson’s The Ghost War, and a brilliant spy yarn from the Chinese perspective, Mai Jia’s Decoded. However, at the time of writing this, none of the top ten Amazon bestsellers in the espionage category includes a Chinese nexus. This will surely change. I predict a coming onslaught of U.S. versus China storylines that will irrefutably transform the nation from an occasional clever opponent to a ubiquitous supervillain in the American collective psyche.

For my treasured classics, the Soviets were an obvious target. There’s nothing quite like mutually assured destruction and the visual of a blooming mushroom cloud to help an author raise the stakes (guilty!). But if we pull our vibrating fingers back from the big red button for just a moment, it’s evident the Soviet Union also threatened the idea of the American way of life. The ideological tension between communism and democracy can heat up the pages just as much as a screeching missile. Arguably, the most chilling antagonists in the spy thriller genre represent a rejection of cultural and political norms the reader is likely to cherish, and more crucially, ones they believe are worth great sacrifice to protect.

This tried-and-true clash of values is the foremost reason China will now step into the starring role of formidable foe. Yes, the Chinese Communist Party clearly broadcasts that spooky C-word that had us children of the Cold War crouched under our desks. Yes, there’s been no shortage of China-bashing in the wake of the COVID-19 pandemic. Skilled novelists, though, will lift these heavy rocks and reveal the nests of writhing snakes underneath. The Chinese government has cracked down on pro-democracy protestors in Hong Kong, jailed journalists for criticizing the Party, and attempted to systematically smother Tibetan culture. As a matter of national policy, the Chinese government has rounded up one million Muslim Uighurs and locked them away in secret detention camps. And for a nation with a dark legacy of despicable personal health restrictions under the decades-long one-child policy, that resulted in the mass infanticide of baby girls, it’s no surprise China’s recent handling of the COVID-19 pandemic would include people dragged from their homes and thrown into vans by men in hazmat suits. One villager was even tied to a tree as punishment for violating quarantine to buy cigarettes.

Chinese authoritarianism offers a powerful antithesis to American democratic values and provides writers with a panoply of options for a good versus evil showdown. However, the most thought-provoking thrillers don’t peddle a stark black and white contrast—this results in little more than flat, beard-stroking caricatures—rather they slip into the shadowy gray zones. The Chinese Communist Party as a faceless organ makes for an easy villain, but we shouldn’t conflate the Party with the people. What about those in China who bravely challenge their government’s draconian policies? What about the bureaucrats who aren’t chanting and punching the sky in the streets, but sitting quietly, questioning their Party’s worldview behind bare desks in bleak basements of government offices? Ah ha! Now, fellow scribes, we’ve got the ingredients for the moles, double agents, and full range of shifting allegiances that make our genre so wonderfully nuanced. After all, isn’t it the moral ambiguity tucked within a fragile envelope of moral authority that makes espionage stories so gripping?

The potential for deep social commentary aside, China provides other, more basic ingredients for a rip-roaring spy thriller. The nation’s rapidly advancing military capability lends itself quite nicely to supercharged action scenes in the form of midair fighter jet dogfights, border skirmishes, and tense naval standoffs. The supremely talented military thriller writer Brad Taylor considers the threat of a full-scale Chinese invasion of Taiwan in his recent book, American Traitor. And if a head-to-head confrontation with the still more advanced U.S. military seems too unrealistic to the more cynical writer, let’s not overlook the bountiful domain of asymmetric warfare. David Ignatius’s The Quantum Spy masterfully explores America’s cyber arms race with China, and my own recently published novel, 13 Days to Die, stirs genetically-engineered bioweapons into the bubbling broth. Any way you crack the nut, China’s advancements in science and technology (paired with its aggressive efforts to steal other nations’ advancements) gifts thriller writers with a glorious array of gadgets and innovative spycraft.

Will a Chinese adversary captivate the imaginations of American audiences the way the Soviets did for decades? Will readers come to abhor the culture-clashing elements of a Chinese enemy while simultaneously permitting themselves to recognize the familiar humanity in a multi-dimensional antagonist? I think they will. American perceptions of China are ever-shifting. Back when John le Carré’s George Smiley was hunting Soviet moles, China was still a mostly agrarian society, closed to Westerners. Now, the People’s Republic boasts the second largest economy and is predicted to surpass the United States by 2028. Two of the world’s top ten largest corporations are Chinese. China’s armed forces are already significantly bigger than America’s, as measured by active military personnel. And, perhaps most importantly, the world’s fastest-growing social media site is Chinese-owned TikTok.

It’s nearly impossible to assume that this rising competitor won’t seduce writers of spy fiction. The question is: will these books get published? Unlike the Soviets, who’s economy puttered away behind an iron curtain, the massive Chinese market is crucial to the American publishing and entertainment industries. Will the major trades and leading Hollywood studios be courageous enough to produce creative works that may ruffle Chinese readers, or worse, be banned by the Chinese government? Personally, I can only strive to create art that provokes such fiery discourse and ignites such passions. After all, that’s what makes this job so thrilling. 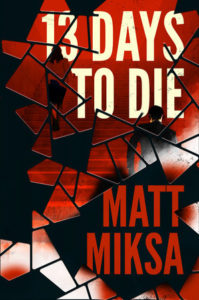 Matt Miksa is a former FBI intelligence analyst who helped prevent foreign spies from stealing America’s secrets. Today, he writes thrillers that blend history, politics, science, and espionage. His latest paranormal crime thriller, Don’t Get Close, is available March 8, 2022. Any opinions expressed in this article are the author’s own and not those of the FBI. 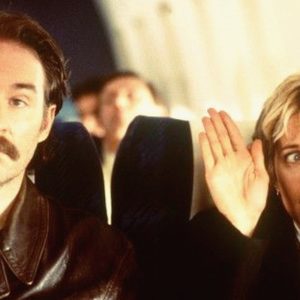 I'm just going to write from the heart here. I had a plan for this piece, which has been simmering inside me for quite a while....
© LitHub
Back to top