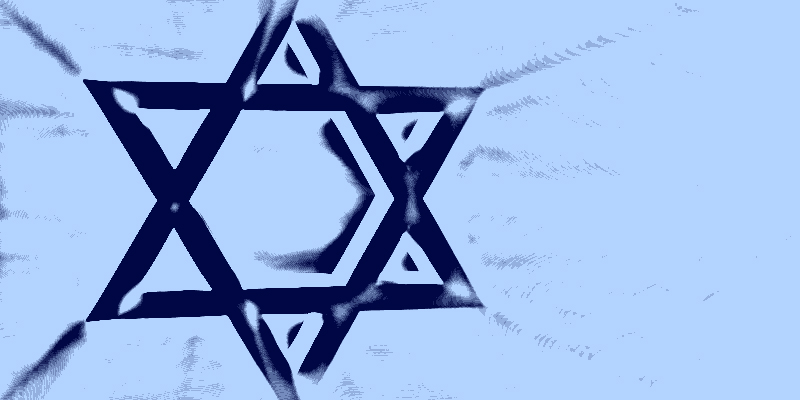 What putting together an anthology taught Kenneth Wishnia about the resurgence of antisemitism.

Jews are the canaries in the mineshaft of resurgent fascism.

And we’re here to tell you that something is wrong.

In many disturbing ways, the U.S. in 2022 feels eerily like Germany in the early 1930s: Polls indicate that at least half of one of the two major political parties believes, with zero supporting evidence, that leftist and Jewish elites are scheming to eradicate the white European-descended population of the US. (Other polls say the number is closer to 70 percent.) And some of that party’s leaders are openly goading their followers to commit violence in support of that lie.

So, you’ve got a bunch of angry, well-armed white supremacists who are being constantly told to hate everybody else who isn’t in their group, that their very existence is being threatened, and that the only way to defend it is with extreme violence directed at Jews and people of color. All that’s missing are the armbands.

A quote often attributed to Nazi Minister of Propaganda, Josef Goebbels, states that if you can get people to believe a big lie, you can get away with telling lots of other lies as well. But he probably never said that.

The term’s origins lie in the brittle, sullied pages of Mein Kampf, where Hitler accused the Jews of using the “big lie” to undercut Germany’s actions in WWI, and claimed that the Jews were the ones waging “a war of extermination against Germany,” which justified his plan to exterminate them in “self-defense.” (“Big Lie.”)

Something similar is going on right under our noses.

To clarify: no major US political figures are calling for genocide of ethnic Americans, but many of their most extreme followers are. Whenever people start chanting slogans like “Jews will not replace us,” someone’s going to die soon.

And it sure doesn’t help when a public figure like Representative Matt Gaetz (R-FL) repeatedly tweets anti-Semitic claims about how “Replacement Theory [is] happening to America” in support of a conspiracy theory that–let me say this one more time–accuses Jews of scheming with African-Americans and other people of color to annihilate the white population of the US.

And ya know, if you’ve got a German name, Mr. Gaetz, you might want to go easy on the anti-Semitic statements.

Others are to be oppressed and exploited due to their perceived inferior status. Only the Jews are slated for total annihilation. One can’t help wondering why.

One constant in the Jewish Noir II anthology is that violence rarely solves anything. A couple of tales feature arguably justifiable homicide, but they are the exception.

There’s a common misconception about crime and punishment in the Bible, based on passages like the one about an “eye for an eye” in Deuteronomy 19:21, when no such case of legally sanctioned mutilation is recorded in the Bible. The standard rabbinic interpretation of these passages is that they refer to monetary compensation, “the value of an eye for the loss of an eye; the value of a limb for its loss” (Plaut 263). There is little evidence that the many offenses punishable by death listed in the Torah (like the one for defying and disobeying your parents [Deut. 21:18-21]) ever led to judicial executions during the Hellenic and Roman eras of late antiquity. (How could any generation survive to adulthood if rebelling against your parents was treated as a capital crime?)

In fact, in a discussion of the death penalty in the Mishnah (compiled c. 200 CE), the consensus is that a court that imposes the death penalty “once in seven years” may be considered “murderous.” Rabbi Eleazar ben Azariah takes it further, saying that “once in seventy years” is too much. Two other rabbis add that if they were on the high court, “no one would ever be put to death,” prompting a more conservative rabbi to reply that their actions would lead to an increase in murders (Neusner 612). Clearly, the death penalty remains controversial after more than 1,800 years.

This debate, as recorded in the Mishnah, also strongly suggests that progressive Jews outnumber conservative Jews by about 3:1, which is basically the same ratio you will find in the US today.

Instead of a literal eye for an eye, the Israelites are instructed: “Justice, justice shalt thou pursue” (Deut. 16:20). In my own story, “Bride of Torches,” one aim is to show how the legacy of violence in ancient Israel, especially during the time of the Judges, does not necessarily lead to lasting peace.

The opening section of Jewish Noir II is called “Legacies.” It features stories by Steven Wishnia, Doug Allyn, Elizabeth Zelvin and Jeff Markowitz that depict the horrific effects of anti-Semitism–from Hitler’s genocidal war to the “genteel” anti-Semitism of 1950s America, to today’s reanimation of the zombie-like attitudes and conspiracy theories directed against Jews that should have been vanquished ages ago, and the challenges inherent in fighting back against those attitudes.

For a section called “Scattered and Dispersed,” we sought out non-Jewish authors from around the world, including Gabriela Alemán from Ecuador, Joy Mahabir (Trinidad) and Xu Xi, whose story takes place in Hong Kong.  We also found some guy who lives in Israel and writes in Hebrew. Think his name is Yigal Zur… which sure sounds pretty Jewish…

And in a section on “American Splendor,” you will meet the Nazi in the basement, the Hanukkah killer, and a troubled guy named Hunter.

Many of the stories show Jews behaving badly: jealous rivalry within families, abusive behavior from religious chauvinists, Manhattan real estate-based greed, adultery and murder (they go together!), greed (did I mention greed?), obsession, lifelong trauma, plus many more noir favorites.

Jews have always excelled at this sort of self-criticism, and we don’t need anybody’s help doing it. Case in point: the biblical book of Kings is the only official annals of a major Ancient Near Eastern society that is highly critical of its monarchs. Most of the kings of Israel and Judea are depicted in a negative light, which is absolutely not the case with official Egyptian and Assyrian annals, whose kings are always victorious, even when historians know they actually lost a particular battle.

In other words, we have a history of telling the emperor that he has no clothes.

So do your part to fight rising fascism, and give a copy of Jewish Noir II to someone you love. 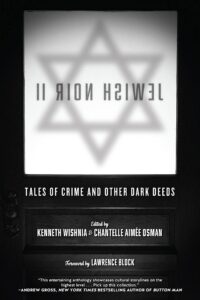 Kenneth Wishnia's novels include 23 Shades of Black, an Edgar Allan Poe Award and Anthony Award finalist; Soft Money, a Library Journal Best Mystery of the Year; Red House, a Washington Post "Rave" Book of the Year; and The Fifth Servant, an Indie Notable selection, a Jewish Press Best Mystery of the Year, winner of a Premio Letterario ADEI-WIZO, and a finalist for the Sue Feder Memorial Historical Mystery Award. His short stories have appeared in publications such as Ellery Queen, Alfred Hitchcock, Queens Noir, Long Island Noir, Send My Love and a Molotov Cocktail!, and Denim, Diamonds and Death. He edited the Anthony Award-nominated anthology Jewish Noir for PM Press. He teaches writing, literature, and other deviant forms of thought at Suffolk Community College on Long Island. www.kennethwishnia.com. 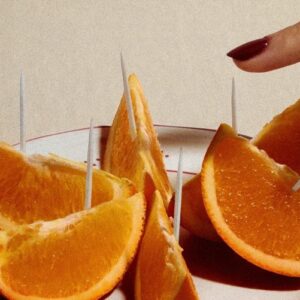 A look at the week's best new releases. * Catherine McKenzie, Please Join Us (Atria) “I devoured this book in one sitting!...
© LitHub
Back to top