We don’t want to admit it but many of us benefit from a social hierarchy. Look at the people you casually cross paths with day to day. I bet you’ve assigned a story to them based on their level of education, where they were educated, how they dress, their age, their occupation, and if you’re really uptight you might snub your nose at the food choice in their hand as you wait to pay for your lunch. The ego likes labels just as much as it likes stroking.

This makes for easy story telling if you’re a storyteller. Your characters can be easily defined and placed based on where they fall in the hierarchy. That one is good and that one is bad.

Don’t get me wrong. When I say label, I don’t mean identity.  For example, I’m a Mexican American and I’m extremely proud of that. But when you hear that label, what images or words pop into your mind?  I am so much more. I have over forty years of experiences, emotions, and dreams. It makes me a full creation. This is where we fall short in storytelling.

Instead of going for the full creation that all humans are, we slap on an easy name to use as we see fit. Do this enough times, circulate these names enough, and before long it becomes popular belief. I think this is what’s happened to sex work and sex workers, who do not have to be in a vulnerable position but because we’ve placed them in this shadowy part of society, they are.

I worked in a gentleman’s club during college. Even that name makes me roll my eyes as I write this. I had hit a crossroads where I could face the shame of dropping out of a school I’d been attending to receive a piece of paper that told greater society I was worth something or face the shame working at such an establishment.

During my time at the club, I encountered people from all different backgrounds, races and ages. Those closest to me in college knew about this particular job because I really didn’t care about anything but attempting to be independent from romantic relationships and parents who didn’t have the means at the time to help me in any way.

Does this make me any less capable of writing books, connecting with people or being a successful author? Am I damaged goods for the literary world? If you have stones to throw save them for your own mirror because although I’ve made many mistakes in my life, finally being honest about who I am and writing about it is the best thing I’ve ever done in my life. I stand here without shame. Can you say the same?

Historically, female sex workers are often portrayed as victims, easily used and discarded as plot fodder because we’ve been socialized to believe this choice of work strips individuals of any degree of humanity. It’s beyond our comprehension how someone can exchange flesh for money and possess any value in a moral society, especially being a good mother or partner, as if these were the only possibilities that exist. We want to believe the story that sex workers have nothing to offer beyond their bodies. They have to be emotionally unstable, feeding addictions, uneducated, without ambition.

Putting aside the exploitation that can and does occur in sex work (which is an entirely different conversation for another time and which should be put forward), denouncing it while clutching your pearls comes from a place of privilege. Save your stories of knowing someone who “had it worse” and didn’t choose sex work.

The heroine in many books is a “good” woman. Women must deserve/earn their place through perceived righteous behavior. No way a “final girl” could be anything less than a virgin. We’ve established motherhood for women as the pinnacle of sainthood. The virgin birth is responsible for this because it established the idea that it’s impossible for a woman who has engaged in pleasurable sex to conceive a child who would be holy and a “miracle.”

In “The Final Porn Star,” the heroine is a woman in her 40s about to star in her final adult film on a secluded ranch in Texas. She’s a single mother who recently retrained as a school councillor. The real monster in the story is not even human and cannot know who does what or with whom. It only knows it wants to feast. We can and should write stories about people who live in the perceived margins. The more we do that in a realistic and fair way, the smaller the margins will become.  Before long we will all be living with enough space. And the idea that there’s not enough space for everyone is scarcity thinking perpetuated by the established majority. As a Mexican American woman, it’s imperative I see myself represented and that’s why, despite the obstacles that I’ve faced and continue to face, I still persevere.

In “Hairspray and Switchblades,” Maya starts dancing because her parents are murdered, and she feels an obligation to pay for her younger sister’s high school tuition. Paying for school, whether it’s high school, undergraduate or graduate, is a true luxury for many people, but education also assists in gatekeeping when it comes to opportunities and social mobility.

In “Cam Girl Sally,” another story in Mestiza Blood, a young woman is shot in the face during a mass shooting on her campus. In order to pay for her hefty medical bills and surgery to correct the damage, she becomes a cam girl wearing Halloween masks.

Every human has a story behind the mask you see.

There will never be a time in human history when we are not gazing upon each other with sexual interest. Can you blame someone for getting paid for it? Customers paying sex workers are not exactly getting pulled in by the ear. Cardi B, Amber Rose, Traci Lords, Isa Mazzei, Channing Tatum are all known names who were once sex workers.

We need to stop creating victims of people we deem less valuable to the greater society because they don’t fit into the upheld system of white patriarchy, and not get it twisted because these very people are the ones who actively use the labors of others to maintain their positions.

Sex work will never go away. We might as well make it a safe profession and tell those stories from the places we like to call the other side of the tracks.  Stories from all areas of life are valid.

You might expand your consciousness, which will in turn expand the degree of unity and peace between us all.

Aren’t you ready for a change? 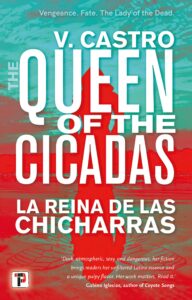 Violet Castro was born in San Antonio, Texas to Mexican American parents. Since Violet was a child, she wrote short horror stories and was always fascinated with dark fiction beginning with Mexican folklore and the urban legends of Texas. At eighteen Violet left Texas for Philadelphia to attend Drexel University where she received her Bachelor of Science in Political Science and History. Violet now lives with her family in the U.K. writing and travelling with her children. She tries to return to the US twice a year to see her parents, three sisters and extended family. For More information about her books and other publications, please visit www.vvcastro.com. You can also follow her on Twitter and Instagram @vlatinalondon.

The Mississippi Farmer Who Helped Take Down the Jones County Klan

6 Debut Novels You Should Read This Month 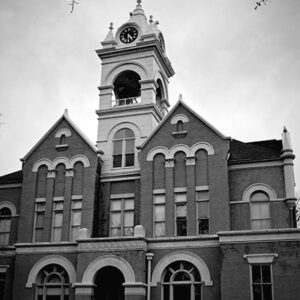 The Mississippi Farmer Who Helped Take Down the Jones County Klan

The people of Jones County had defied the confederacy during the Civil War, but by 1965, the KKK flourished, drawing its membership...
© LitHub
Back to top