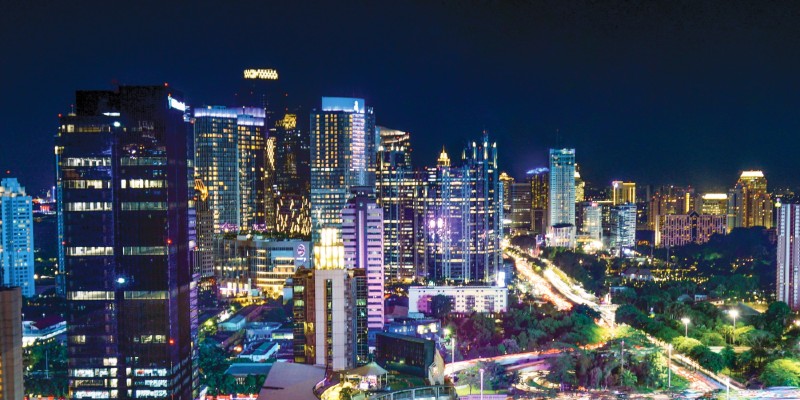 Crime and the City visits one of the world's most densely populated places in search of crime fiction.

Jakarta—the frenetic capital city of the world’s most populous Muslim country, Indonesia. Eleven million people in the world’s most densely inhabited urban area after Tokyo. But buzzy, busy Indonesia is a very different city from Tokyo! Everyone hustling for work, recklessly flying along the city’s streets on motor scooters, Jakarta puts even other big South East Asian metropolises such as Kuala Lumpur, Saigon, Phnom Penh or Bangkok to shame and makes them feel like calm suburbs. Thanks to internal migration Jakarta is a melting pot of the cultures of the archipelago. However, unlike many other South East Asian capitals Indonesia hasn’t yet made much impact on the international crime writing scene. Unlike Bangkok and Phnom Penh there is no cluster of expat writers exploring the metropolis through crime fiction. You have to dig a little to unearth Jakarta’s noir vibes.

The best starting point is Jakarta-based Eka Kurniawan, a writer originally from Tasikmalaya in West Java. His 2004 novel Man Tiger utilizes and then subverts many classic tropes of the crime genre, but with a distinctly Indonesian twist. Kurniawan’s novels tend to examine social issues in Indonesian society but contain a lot of surrealism and wry humor. And in Man Tiger, there’s a large dollop of magic realism before an explosive act of violence follows, and its mysterious cause unravels as events progress toward a sensational revelation. It’s a one-sitting read even though Kurniawan tells us who both the killer and the murdered are in the first paragraph. With Man Tiger Kurniawan became the first Indonesian writer to be nominated for the Man Booker International Prize.

Kurniawan’s 2014 novel, the brilliantly named Vengeance is Mine, All Others Pay Cash was described by the Financial Times as, ‘a tragicomedy Indonesian thriller… By turns a soft porn flick, a manic road thriller and a martial arts movie…’ Set among Indonesia’s long distance trucking community the anti-hero Ajo Kawir is one of the toughest fighters in the Javanese underworld with a seemingly unquenchable thirst for brawling. But the young thug is driven by a painful secret—he is impotent. When he finally meets his match in the shape of the fearsomely beautiful bodyguard Iteung, Ajo is left bruised, battered and overjoyed, and in love.

Kurniawan’s latest novel, Beauty is a Wound (2017) is another riot of magical realism, surrealism and Indonesian folk tales with some crime genre tropes thrown in. A prostitute, Dewi Ayu, and her four daughters are beset by incest, murder, bestiality, rape, insanity, monstrosity, and the often vengeful undead. But beneath their personal story is the story of Indonesia, emerging from Dutch colonialism at the end of World War Two into a chaotic struggle for independence; the 1965 mass murders of perhaps a million Communists, followed by three decades of Suharto’s despotic rule until the free-for-all of twenty first century Jakarta.

Julian Lees’s Bone Ritual series is set firmly in contemporary Jakarta. The series, two books at present, features Inspektur Ruud Pujasumarta. In The Bone Ritual (2017), Ruud Pujasumarta has to deal with the horrific murder of a middle-aged woman. Ruud stands in the grand tradition of troubled cops—dumped by his wife, depressed, and with an old flame about to arrive in town from Amsterdam he’s not so sure about. In The Burnings (2018), Ruud Pujasumarta and his team are brought in to investigate what appears to be a routine homicide. But then another body turns up, and Ruud Ruud finds a banner unfurled by the corpse’s feet. A verse from the Quran is scribbled across it, calling for unbelievers to be burned. Suspicions that the team have a religiously-motivated serial killer on their hands seem to be confirmed when a third body turns up with the same MO. Military generals, diplomats, and extremists all make appearances.

And a few more novels where Jakarta makes an appearance:

In Dan Smith’s Dark Horizons (2011) Alex is traveling the world with no plan other than to travel and maybe recapture some of his lost youth after years spent as his sick mother’s carer. Then, in a bus crash in Indonesia Alex loses his identity. Most of the novel takes place on the Indonesia island of Sumatra and there’s definitely trouble in paradise.

Alan Brayne lived for six years in Indonesia and was based on the island of Lombok during the riots there in 2000. Jakarta Shadows (2002) finds an expat wallowing in his gin-soaked life in Jakarta amid the bloody riots that marked the fall of the Suharto regime. A chance meeting in a bar sees him thrown into a nightmare world of cops, politics, military coups and needing to team up with Jakarta cop, Detective Suprianto.

RK Largent’s The Jakarta Plot was published in 1999 and predicted China as a rising military and nuclear power. While meeting to draft an ultimatum to the Beijing regarding nuclear testing, delegates are taken hostage by terrorists and a tense standoff ensues as the deadline approaches. It’s a pot boiler and feels a little dated now, but describes a Jakarta just starting to boom as a South East Asian ‘Tiger’ economy.

Eric Stone’s The Flight of the Hornbill (2008) is another ‘foreigner lost in Jakarta’ novel. Investigative journalist Ray Sharp reluctantly helps his estranged wife find her fiancé, Alex Truscott, who has disappeared.

So far, Jakarta’s writers have not turned to the crime fiction genre as a way of examining their society. It is also true that only a tiny fraction of novels in bahasa Indonesia make it into English at the moment. But before leaving Jakarta we should pay tribute to Mochtar Lubis—not a traditional crime writer, but an author that revealed the criminality at the heart of a vicious regime.

Lubis was a journalist and author who attracted attention as a severe critic of President Sukarno, who imprisoned him for a time. His novel Senja di Jakarta (Twilight in Jakarta) was one of the first Indonesian novels to be translated into English. It’s a grim cast of characters: corrupt politicians, impotent intellectuals, reckless journalists, impetuous Moslems, among many others. The novel was published in English in 1963 but not in Indonesia until 1970 (while Lubis was still under house arrest). The novel looks back to the country’s troubled 1950s, under Sukarno’s reign. Though not a traditional crime novel it is packed with fraud, corruption, bribery, and prostitution. A searing portrait of a government regime sinking into criminality and violence. Lubis went on after the Sukarno regime to be a pioneer of the green movement in Indonesia and a champion of press freedom.

And one last book—a Dutch novel, set in Amsterdam but one that harks back to the legacies of the end of colonial rule in the former Dutch East Indies. Jan Willem van de Weterin was one of Holland’s most prolific crime writers with the hugely popular procedurals featuring Amsterdam cops Grijpstra and de Gier. The first Grijpstra and de Gier novel, Outsider in Amsterdam (1975), combines two of van de Weterin’s great interests—crime fiction and Zen Buddhism. A central figure in the novel is a former Indonesian freedom fighter living in Amsterdam who, during the course of the book, muses on the end of Dutch colonial rule and the creation of Indonesia. 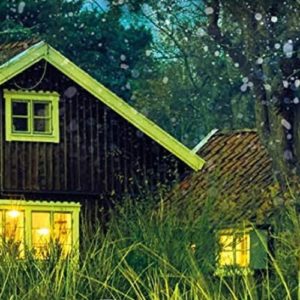 Another week, another batch of books for your TBR pile. Happy reading, folks. * Chelsea G. Summers, A Certain Hunger...
© LitHub
Back to top