Yes, that’s right! James Ellroy, famed telegrammatic prose stylist and the author of classic noirs L.A. Confidential, The Black Dahlia, The Big Nowhere, and White Jazz (among many others), will be releasing a true crime podcast series. And as you all hoped after reading the headline, yes, he WILL be narrating it.

The podcast is entitled James Ellroy’s Hollywood Death Trip. Evidently, it will dig into several of the most indelible and gory murders mid-century Los Angeles ever witnessed. The five-part series, produced by the group Audio Up, will be released in August, 2021. Audio Up said that listeners will be invited to “explore some of the darkest crimes in Los Angeles history with James Ellroy as their guide.” Ellroy, true to style, had this to say about his new project: “Summer ’21 is the soil-your-soul season of the Demon Dog…I’m a rapacious reader of my own work, and I’m here to rip and revitalize radio—and run it raw. And that’s no shivering shit, Daddy-O.”

So, what else do we know? We know that the series will feature stories about the following murders: the 1963 Karyn Kupcinet cold case, the 1965 murder of Stephanie Gorman in Cheviot Hills, and the 1976 murder of the actor (and Rebel Without a Cause star) Sal Mineo. And the podcast will feature a two-episode series finale, about the 1958 murder of Geneva Odelia, James Ellroy’s mother. (He wrote about that subject in his 1996 book, My Dark Places: An L.A. Crime Memoir.)

The podcast will be released shortly after Ellroy’s new novel, Widespread Panic, which will be published on June 15, 2021 from Alfred A. Knopf, following Perfidia (2014) and This Storm (2019). For more on Ellroy’s recent work, check out Adrian McKinty’s profile for CrimeReads: “James Ellroy Walks into a Steakhouse and Orders Clams“. 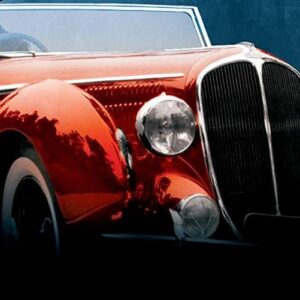 Another week, another batch of books for your TBR pile. Happy reading, folks. * Jonathan Ames, A Man Named Doll (Mulholland) "While...
© LitHub
Back to top