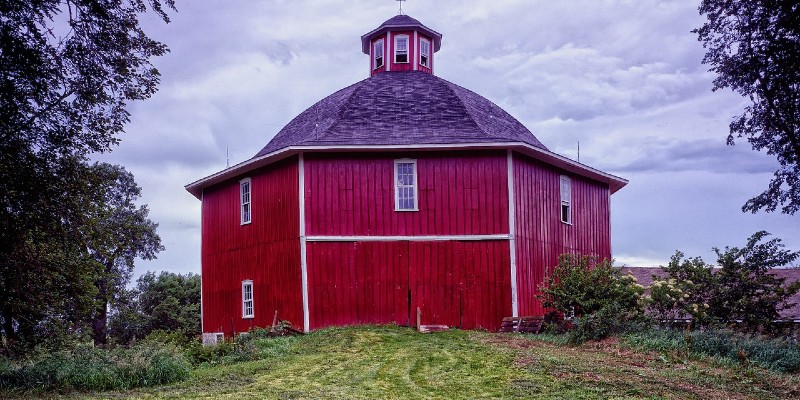 The Pull of Abandoned Spaces

Jennifer Fawcett on ghosts, liminal spaces, and the childhood memory that inspired her new novel.

It was the summer between elementary and high school. That space between childhood and adolescence; the long days when we were too young to have jobs but old enough to have the freedom to be out on our bikes every day, riding four abreast on empty country roads, speeding up to get past the dogs (the country kind who roam free and chase trucks), and then coasting with our legs stuck straight out, eyes closed, blind and free. Every day was the same. But then my friend, S., told us about the Octagon House, hidden nearby but away from the road, behind trees. Abandoned, unguarded. Waiting in secret.

It was a dare we couldn’t refuse.

As we biked there, we made up our own ghost stories; tragic romances because we were bursting with the possibility of it all. But all of our laughter and chatter stopped the moment we saw the house. There’s a reverence to places like this. Approach quietly, avoid sudden movements. The walls had been white clapboard but were a yellowish-grey now. The windows were dark, giving no hint of what was behind them. Tall weeds grew around the edge of the foundation. We walked our bikes around to the back and went in through the summer kitchen. As soon as I crossed over the threshold, I felt the residue of something that had been left behind. It was like walking into a cold patch of water. It felt both abandoned and alive.

Abandoned places aren’t empty; they are unfinished. The tendrils and threads of their stories aren’t put away neatly. Innocuous objects become imbued with meaning: misshapen hangers in the closet, the tin of baking soda at the back of the highest cupboard, the cloudy jar of preserves on the shelf over the cellar stairs. They are evidence that the past was real. And even if the garbage and graffiti say otherwise, it feels like a secret.

In the photography magazine Musée, Karl Emil Koch writes about our fascination with liminal spaces:

“Liminal spaces … are a type of emotional space that conveys a sense of nostalgia, lostness, and uncertainty … As generic as liminal spaces are, they become impossible to locate and thus transcend time and place, attaining an eerie otherworldly feeling.” *

When my protagonist, Clare, stands in the kitchen of my fictional octagon house and can suddenly ‘see’ the family that was once living there, she tells herself their story. I did the same. S. said that a woman had died violently in that house. I stood at the old sink and looked out the window, knowing that she had stood there too. To be in that abandoned kitchen was to be in two times at once: the past, so suddenly and vividly alive in my imagination, and the present with my friends moving around me and my bike laying in the dead grass outside, the front wheel still lazily turning.

We only stayed for a few minutes. As we were leaving, I tore off a strip of wallpaper. I wanted something tangible from that place, something to take into my normal life that would prove I had been there. The wallpaper was thick, with several layers glued together. The pattern was almost invisible and had once been delicate, precise. Pale vines or paisley. It was brittle and dirty, and I quickly placed it in my backpack so the others couldn’t see what I had done.

We ran out of that house shrieking and giddy, and in my relief, I forgot about what I had taken. But that night, when I pulled the wallpaper out of my bag, I realized that whatever was in that terrifying place had also seeped into this object. And now it was in my bedroom. Because this is the other thing about abandoned spaces: they should not be disturbed. Look, but don’t take.

I had to get rid of it, but how? First, I put it under my bed; then I moved it between the pages of a book that I stuffed in the back of my closet, then I hid it downstairs. But no matter what I did with it, I couldn’t let go of the feeling that the energy of that house—the residue of its terrible secrets—was attached to me now.

The next day I put the wallpaper in a plastic bag, tied a tight knot, put that in another bag, tied another knot, and dropped it in the public garbage can at the local swimming pool.

“The liminal space is a waiting space… maybe something is unfolding around you that will have a significant impact on your next steps. Yet you have no control over these circumstances and their timing.” (Koch)

But we had control, didn’t we? We were the trespassers who entered the remains of someone else’s story, and I was the one who took a piece of it with me. I treated it like garbage because I was afraid of it, and I was thirteen, and it was the only thing I could think of to stop the terror that had come into the comfortable, boring familiarity of my bedroom. I wish now that I had kept it. The house was eventually destroyed—burned down on Halloween, of all times. That strip of wallpaper would be something I could touch now. Proof it had all been real.

S. went back to that house many times, and her fascination grew into love. She started a years-long project to document it. She found out who had built it and tracked down an elderly woman who had once lived there. She wrote down her stories and copied her pictures, and created a scrapbook. She also tried to have the house preserved, but no one was willing to do the work. And maybe it was more than that. Maybe the only thing that can happen to abandoned spaces is to destroy them completely. They can’t be lived in again because there is no room for new stories. Perhaps the best thing to do is get rid of them and make space for something untouched. It sounds heartless, but if we let the past inhabit the whole world, there will be no room for the present.

For me, I have returned over and over in writing Beneath the Stairs. Was there was an actual ghost in that house, or the terrible energy of an act of violence, trapped in its walls? Or were we just young and open and hungry for stories? When I started writing, all I knew was that it began with four girls crossing the threshold of an abandoned house and waking something up. Perhaps that’s what the true pull of an abandoned space is: stories that need to be heard. 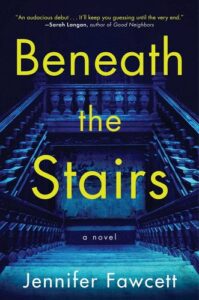 Jennifer Fawcett grew up in rural Eastern Ontario and spent many years in Canada making theatre before coming to the United States. She holds an MFA from the Iowa Playwrights Workshop. Her work has been published in Third Coast Magazine, Reunion: The Dallas Review, Storybrink, and in the anthology Long Story Short. She teaches writing at Skidmore College and lives in upstate New York with her husband and son.

Nothing Can Stay Hidden Forever: The True Crime Legacy of Lost Highway 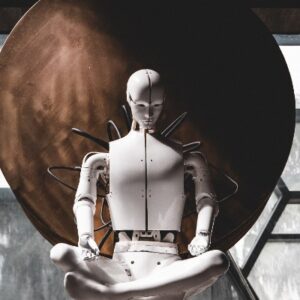 Trust your gut. Even if your gut is telling you to write a weird time travel story with robots and dinosaurs. Let’s...
© LitHub
Back to top