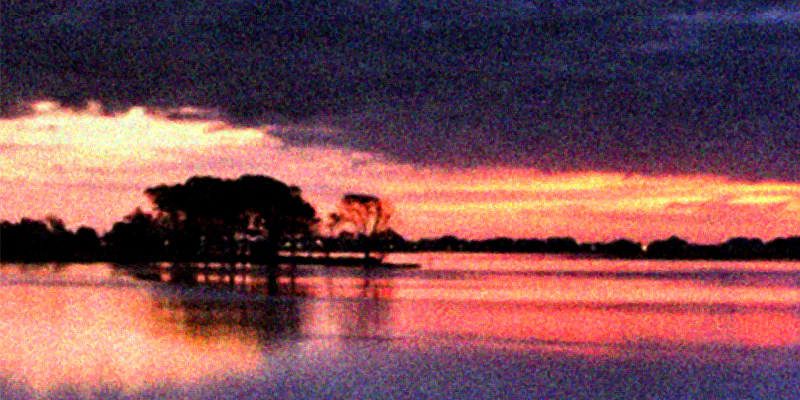 On the unlikely series of events that pulled a journalist into a story and brought a family some answers.

Frank McGonigle was 26 when he left his midwestern home on June 7, 1982. His family never heard from him again. They spent nine years searching and hoping for his safe return. Seven days after he disappeared, an unidentified body was found in some woods 1,200 miles away on the coast of South Carolina. The small-town sheriff and coroner had only a few circumstantial leads to go on. They spent nine years trying to identify this body they referred to as “The boy in the woods.” An unlikely series of events eventually brought Frank’s family some answers and some semblance of peace.

When I set out to write Ripple: A Long Strange Search for a Killer, I didn’t intend to work myself in as one of the characters. I just didn’t foresee getting pulled headfirst into the story, despite my intention to be a good journalist, stay out of the way, and just lay out the facts about what happened to Frank McGonigle.

Frank took off from his family home in Kansas City in June 1982 and never came back. At first his family didn’t think much of it. He was 26 and known for taking off on spontaneous road trips. But when days and weeks passed without a word from Frank, his family began to worry.

I didn’t know Frank well. He was nine years older and a classmate of my brother. But when he left, it was like one of my cousins had disappeared. Our families were intimately connected by an invisible matrix I’m still trying to unravel. We and the McGonigle’s were like scores of other families in our neighborhood—big, Irish, and Catholic. They had nine children; we have eight. Our lives were inexorably intertwined by church, school, and games of kick-the-can, and for better or for worse, we knew each other’s business.

There’s something about Frank McGonigle that you’re likely to find endearingly familiar. You may have known someone like him. Maybe a brother, a cousin, a neighbor, or a fringe-dwelling classmate. He was a bit of a lost sailor drifting with the tides—a gentle, fun-loving Grateful Dead fan who embarked on acid trips as frequently as he did soul-searching road trips. He spent six years muddling through college before moving back home to work at the family’s meat market. His aspirations were hampered by bouts of depression, and his dreams unknown—buttoned up behind his thin, anxious lips. He was an underdog—the kind of guy you’d like to root for if only because there’s a little bit of Frank McGonigle in each of us.

Every respectable meat-eater in Kansas City knew the McGonigle name. Aside from their abundant contribution to the human population, the family had a regular place at dinner tables throughout the neighborhood. Sunday’s pot roast, Thanksgiving’s turkey, and Easter’s ham likely came from the meat cases at McGonigle’s Market. Their name was synonymous with quality meat. Even their family station wagon was endearingly dubbed the Meat Wagon.

So, when the news of Frank’s disappearance got out, friends and strangers turned up to help the family distribute flyers, scour newspapers for clues, and scan the crowds at Grateful Dead concerts looking for their son and brother. For nine years they searched and held out hope for a miracle.

About a week after Frank left home, the body of an unidentified white male was found in the woods near the fishing village of Murrells Inlet, South Carolina. He had been shot through the eye. The local sheriff and kind-hearted county coroner were stumped. They’d never had an unidentified body in their county before, and they had only a couple of suspects linked by circumstantial evidence, but nothing upon which to hang a case. They eventually buried the body in a pauper’s grave and relinquished the case to an unsolved file.

Nine years later, a young Kansas City detective who had taken a new assignment in the missing persons division, stumbled upon several unresolved case files stuffed into the back of filing cabinet. Within days of digging into the cases, he was able to make a positive match on several of the missing persons, including Frank. His dental records matched that of the body found nearly 1,200 miles away on the coast of South Carolina’s low country.

Frank’s parents connected with the local authorities and made a trip to Murrell’s Inlet laden with questions that couldn’t be answered. The threadbare sheriff’s office didn’t have the resources to pursue what few leads they had. And it became apparent to the McGonigles that perhaps the authorities could have pursued a bit more diligently, as nearly everyone in town seemed to think they knew who killed Frank but were unwilling to say so on record.

I picked up the story in the Fall of 1995 as the topic of my master’s thesis. My initial focus was to follow the epic journey of the McGonigle family’s search for Frank and the lessons that bubbled up through their grief, guilt, and anger. But my approach as a doe-eyed chronicler soon took an esoteric turn that sucked me right into the narrative.

During my first week of research and interviews with locals in Murrells Inlet, I became acquainted with the town’s long, nefarious history of piracy, drug-running, and violence. I learned of the recently deceased local crime boss who had kept his thumb on everything that happened in his unincorporated, tight-lipped town. I developed a strong sense that the main suspect in Frank’s case was not the perpetrator, but someone else was responsible and was being protected. My suspicions were confirmed by a chance encounter with Carol, a soft-hearted “energy reader” who does not like to be called a psychic. Staying grounded in my journalistic roots, I proceeded with cautious skepticism when she offered to go with me to the woods where they had found Frank’s body.

In the dense grove of trees and thick underbrush, Carol used her clairvoyant gifts to recreate for me the scene of Frank’s murder in freakishly accurate detail – facts about Frank’s family she would not have known, dialogue, possible names of those involved, and a detailed description of the alleged gunman who we began to refer to as “Tan Eyes.” A day later, following the details Carol had presented, I was directed to a dilapidated oyster shack where I stood face-to-face with the man Carol had identified as Frank’s killer.

This 26-year investigative journey has stirred up some important discussions among the surviving members of the McGonigle family about familial bonds, guilt, redemption, compassion, and, I trust, has unearthed some shreds of peace.

Frank’s story will forever be an inextricably intertwined element of my life. The McGonigles have graciously accepted me as an honorary sibling. And Carol and I are still friends. For all of that I remain grateful. 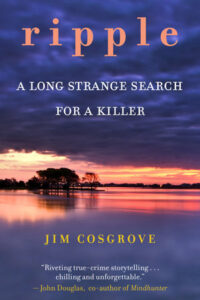 Award-winning entertainer, author, and speaker Jim Cosgrove is a former feature writer for the Albuquerque Journal and staff writer for Hallmark Cards, Inc. Young music fans may be more familiar with Cosgrove's persona as beloved kid-rocker "Mr. Stinky Feet." In 2020, his music was streamed more than one million times on Spotify alone. Cosgrove lives in Kansas City with his wife and two daughters. His new book, Ripple: A Long, Strange Search for a Killer, is now available. 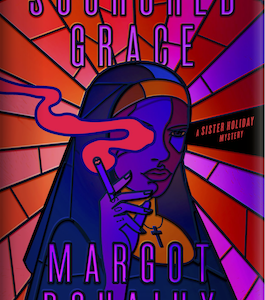 Like a good mystery, the alley was both hidden and obvious. You could walk right by it and never see it. A gap by design....
© LitHub
Back to top