Criminal Broads Presents The Cause Célèbre

The Life of Joan Little

There were never very many women in the Beaufort County jail. Except for the night of August 27, 1974. That night, there should have been two.

There should have been two women in the county jail that night because at around 4 am, a policeman was bringing in a very drunk lady who was supposed to spend the night there and sober up. He walked her toward the cell where the only other female inmate of the jail was supposed to be sleeping: Joan Little, a young black woman, 20 years old. As the policeman approached the cell, he saw no sign of Joan…but he did see a man’s feet, just lying there on the ground. He walked closer. He looked inside.

There was no woman in the cell. But there was a man—a white man, naked from the waist down, lying on the floor in a puddle of blood. It was the night jailer, Clarence Alligood. In his hand, he held his own murder weapon—an ice pick. It was as though he’d tried to tear it from his body in a last-ditch effort to survive. He’d been stabbed eleven times—around his temple, and in his heart.

Joan Little, who was supposed to be in the cell that night, was nowhere to be seen.

Joan Little never had any reason to think she’d become a celebrity—or a killer. She was born in 1953 in the little town of Washington, North Carolina, a town that called itself “The Original Washington,” since it was named before Washington DC, but that everyone else called “Little Washington,” since it was so much smaller than DC. Joan was one of nine children. Her family was poor. On her birth certificate, her name was written “Joan,” but she preferred to pronounce it “Joanne.”

Her biological father left when Joan was just a kid and moved to New York City, so she was raised by her stepfather and her mother—who was obsessed with spells and was always consulting a local conjurer to find out what the future might hold. For Joan, the future didn’t seem to hold anything special. By the time she was 15, she dropped out of school, resisted her mother’s efforts to put her back into school, and ran away to Philadelphia to crash with relatives.

“She always wanted to be a city girl,” her mother said later.

By the time Joan turned 18, she was back in Little Washington, working whatever job she could get. She worked as a waitress, a cook; she got a job in a shirt factory; she even spent some time in construction, a typically male job. But the people of Little Washington had started to doubt her when she dropped out of school, and they weren’t about to give this grown-up Joan a second chance. She was running with a bad crowd now. They didn’t like it. She was dating the owner of a pool hall, and working at a disco, near a Marine base. There were rumors that she’d take her girlfriends from the disco and run them over to the Marine base for sex work—acting, for all intents and purposes, like a pimp. She also started shoplifting from whoever she could, and wasn’t afraid to steal from Little Washington’s black citizens, which her community hated. There was a rumor that she’d stolen a TV from her own aunt. The consensus was clear: she was a bad girl. No good. The gossip was confirmed on January 15, 1974, when she and her little brother were caught in an act of burglary and locked up. At trial, her little brother turned on her in exchange for a reduced sentence. Joan was left to fend for herself, and was punished harshly: seven to ten years, locked up.

To learn more about Joan Little and what happened in that Beaufort County jail in 1974, listen to episode 35 of Criminal Broads. 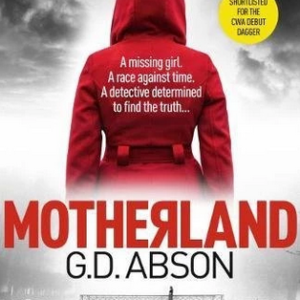 Natalya waited for the old woman’s door to close then she heard the distorted voice of the TV presenter as the volume returned...
© LitHub
Back to top