The legendary author on how writing fiction educates you in making your memories come alive again.

I come from a family of teachers. Both my parents taught at Barnsley Girls’ High School, which meant from an early age I was immersed in stories of school life: the scandals, the fights, the rivalries of any small community. My mother—who took no pregnancy leave when I was born, conveniently giving birth to me on a Friday morning and returning to work on Monday—would leave my grandmother to babysit, and to bring me into school at lunchtimes to be fed during her lunch hour.

Thus I was literally breast-fed the atmosphere of the High School; the scent of floor polish and plimsolls, school cabbage, chalk and cut grass. Some of her pupils still recall a little girl who spoke French, who sat under the teacher’s desk, drawing on pieces of scrap paper. With such a start, and with so many stories of teaching already in my head, I seemed predestined for teaching. The fact that I liked stories too came as a useful bonus: schools are full of stories, and though it may often be draining, demoralizing and hard, teaching is never boring.

And so I became a teacher; first in a state school in Dewsbury, then at a private boys’ grammar school in Leeds, where my youth, gender and generally combative disposition made me stand out like the single flamingo in a flock of grey geese. To me, Leeds Grammar School felt like a very male, very old environment. I was one of only a handful of women on the staff. Political correctness was at a minimum; academic gowns were still worn, both by Masters and Prefects; Latin was compulsory. Everything I did at that time seemed to incur the wrath of some venerable Master—a borrowed coffee-mug; sitting in the wrong chair during the Headmaster’s Briefing; the innocent suggestion that we change an antiquated syllabus to one that would yield better results.

On my first day I wore a navy-blue trouser suit, and was first mistaken for one of the boys and shouted at for being in the wrong place, then sternly told by a senior Master that trousers were inappropriate for lady members of staff. The next day I turned up early, wearing a red miniskirt and platform boots. I went to the Master’s office and meekly told him that I had taken his advice, but that I’d brought the trouser suit, in case he felt the dress code might be in need of an update.

I wore the pants. No one mentioned them again.

You may now be starting to see where CHOCOLAT might have come from. The story of a woman, an outsider, entering a patriarchal community, struggling against prejudice, defiantly being herself in the face of disapproval. But gradually I came to feel a real affection for that little community. And there were so many stories there, ranging from tragedy to outright farce—that the writer in me just couldn’t resist using a few of them. Any ex-colleague will recognize the details in my St Oswald’s books: the eccentric layout of the ancient buildings; the proliferating vermin (my room in the Bell Tower was plagued by mice and haunted by pigeons); the weird traditions; the Latin mottos; the vignettes of boys and staff. I grew quite fond of these eccentricities; fonder still of my pupils. I even grew quite fond of some of my colleagues, inserting small vignettes of them in the book I was writing; including a portrait of Mr Fry, the gentle, quirky Physics master, and his dog, Charlie. It was a funny little book, and I doubted it would ever be published: if I’d known it would be so inexplicably popular, I would have changed the name of the dog.

Then, the year before I left, the school buildings were sold to Leeds University, and the entire school moved to an impressive new site on the other side of town. It was a marvellous opportunity for boys and staff alike. But it wasn’t the same. The new rooms were brightly-lit and sensibly-shaped; there wasn’t a mouse or a pigeon in sight; the central heating worked; the tatty old Honours Boards had been replaced by nicely-framed pictures. For me, something had gone. In a way, I was grateful. Without that, my decision to leave might have been even harder.

The second thing that prompted my decision was the sudden arrest—and subsequent imprisonment—of a colleague for the historic abuse of a pupil. It came as a shock to the whole school: and although the story dated back to long before my arrival, I felt as if the world I knew had suffered a crucial kind of collapse. This man was one of my close colleagues. I’d considered him a friend. We had been among the more progressive members of staff, united in our revolt against the homophobic, misogynistic ethos of the place. And it’s hard to keep a secret in the closed world of a private school. The boys, especially, tended to know things that even the staff did not. And there were plenty of rumours surrounding certain individuals—stories of sexual harassment, of cronyism, of discrimination. But I’d heard nothing untoward about this man. More importantly, I’d sensed nothing untoward. It made me question everything, including my own instincts. It made me wonder what else I’d missed during those years at the Grammar School.

For this reason, and for many years I refused to write about teaching. That world was still too close, too raw, to be written into fiction. But years passed, and I realized that everything I’d written so far—those stories of small communities, rebellious women, conflicts against authority, troubled children, outsiders, bullies, influencers—all of that, deep down, had been about Leeds Grammar School, its secrets and its scandals.

And so I wrote GENTLEMEN AND PLAYERS, which was a kind of homage to all the teaching institutions I’d known, both as an adult and a child. Of course, I borrowed elements from my time as at Leeds Grammar School, although none of the incidents in that book, or in the following two, DIFFERENT CLASS and A NARROW DOOR, were exact representations of what really happened, or to whom. The real world is far stranger, far less believable than any story. A writer must know how to tone down the truth, to filter the facts into fiction.

Rebecca Buckfast, the anti-heroine of A NARROW DOOR, represents some of my own experience. It’s easy for me to identify with her struggle against the patriarchy, her rage in the face of everyday sexism, her ambition to excel—as well as her damage, guilt, and grief. But I am not Rebecca, even though we share certain experiences. Nor am I Roy Straitley, the elderly Latin master and hero of these three books –though he and I share a few things in common, including our love of Liquorice Allsorts, and the memory of a friend who turned out to be hiding a shameful secret.

Schools are such close communities. Many teachers see more of their school than they do of their family. They become invested in the lives of their colleagues, their pupils, the life of their school. Teaching is hard in many ways, but the life of a teacher is never dull. Every day is different; every day is filled with the promise of something unexpected. I’d had good days and terrible days; there were tears of exhaustion one day and paroxysms of laughter the next, but I had never, ever been bored. And I realized that I missed all that; the teaching community; the boys; the perpetual soap-opera of Leeds Grammar School. Not quite enough to go back—but I’d stayed in touch with certain colleagues, and with ex-boys on social media. I watched from afar as LGS changed from the crumbling old institution I’d known to a modern independent school on a new site, with new, modern buildings and the promise of going co-ed on the horizon, and I saw that the world I’d known and loved had moved on far enough for me to dare to write about it openly.

A lot can happen in fifteen years. I have seen pupils and colleagues die; a colleague convicted of a crime. I have seen many of my boys go on to do exciting things. Some of those stories ended up in my St Oswald’s trilogy, the last book of which is A NARROW DOOR: stories of psychological suspense, troubled children, class differences, secrets and murder. St Oswald’s Grammar School for Boys, the setting for these stories, is a compound entity of all the schools I’ve ever known, but mostly it is LGS, not quite as it really was, but maybe as what it might have been.

My loyal readers will already know that I write about vanished places. The village of Lansquenet-sous-Tannes, Pog Hill, Les Laveuses, the island of Le Devin—all have a Brigadoon-like quality; places from my childhood that now exist only in stories. The old LGS has become one of those vanished places, which is why I have been able to write about it as I do. Most of the people I knew there have either died or moved away. The old buildings have been repurposed. Girls have been introduced to the school, as well as innovations that Roy Straitley would certainly have deplored.

Do I still miss it? Sometimes I do. I miss the adrenaline rush, the Common Room politics and the knowledge that, for some of the boys at least, my work will make a difference. Most of all I miss the ongoing drama that makes up the day-to-day life of a school, and the stories I used to bring home every day. Now, it is a vanished place to which I return with affection, amusement and, sometimes, dread; secure in the knowledge that only through fiction can I ever really go. 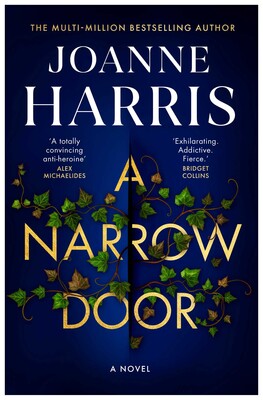 Joanne Harris is the internationally renowned and award-winning author of eighteen novels, plus novellas, scripts, short stories, libretti, lyrics, and articles. Her novel Chocolat was adapted to the screen, starring Juliette Binoche and Johnny Depp. She is an honorary Fellow of St Catharine's College, Cambridge, and is Chair of the Society of Authors. She lives in Yorkshire and also has a form of synesthesia which enables her to smell colors. Red, she says, smells of chocolate. Follow her on Twitter @joannechocolat. 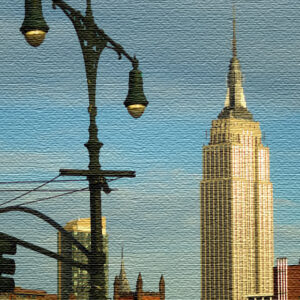 There is more than one devastating murder in my debut novel One Night, New York. It would, of course, ruin the book to reveal...
© LitHub
Back to top