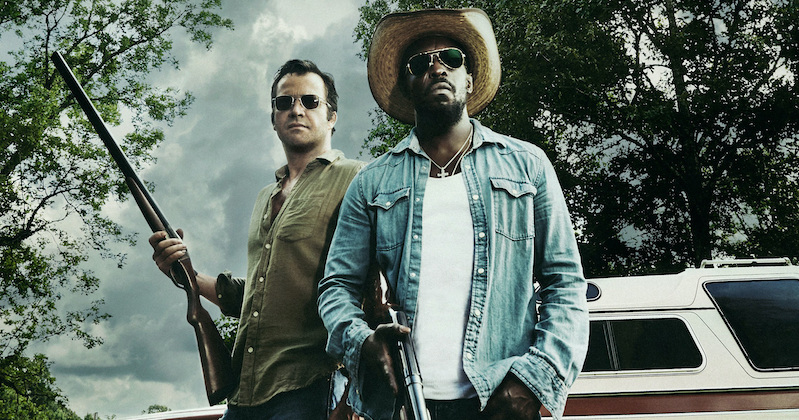 Hap and Leonard have been with me for so long, I can’t imagine them not existing for real. They seem real to me.

Back in the late eighties I wanted to write a novel that would be about crime and suspense, but I wanted to write about the sixties, the generation I grew up in as well. Like the fifties, most representations of the sixties and seventies are silly and have nothing to do with how it really was. By the time I was planning to write SAVAGE SEASON, the world had changed, but the echoes of the past were still there. I decided to write in what was then a contemporary time, and look back on the legacy of the sixties, both good and bad. Take a look at what had happened to the idealist, of which I was one.

I started out with a character named Hap, and then this other character, Leonard, appeared. There was something about him immediately. My subconscious said, “I’ve been holding this guy back for just this novel.”

I had no idea what role he would play, but at his first appearance I suspected he would be a peripheral character. I was wrong.

He wouldn’t let go. It gave me an opportunity to visit the impact of the sixties on characters my age in the late eighties.

Leonard was a conservative. A would-be cowboy. Something highly uncommon for Black characters in fiction, but less uncommon in reality. Leonard gave Hap a sounding board, and Hap in turn did the same for Leonard. Caused Hap to question some of his long held ideas in a way that I felt was not only good for character development, but a perfect way to present both sides of an argument. I also discovered that they weren’t just friends, they were best friends. They had a lot of history. In the first novel, most of that is merely hinted at, as I had no idea I would continue writing about them.

I was happy with SAVAGE SEASON. I really felt good about writing it. I thought it touched on issues that interested me, and was a flat out exciting crime/suspense novel to boot.

There was a three or four year break between the novels SAVAGE SEASON and MUCHO MOJO, and for several years it was as if SAVAGE SEASON never existed, though the series continued. I thought then, and still think, it’s one of the best books in the series, even though I had no idea at the time I was creating a template for a series. I also didn’t realize when I was writing the book, that Leonard was gay. But then he said something that made me realize he was, and I also liked the fact that it wasn’t the total definition of who he was, and that he was a tough as nail counterpart to the usual gay character in books and television who are part of a our attempt to standardize the world. Them and us. Us and them.

People aren’t standardized. No matter their race, sexual orientation, background, they all have their own personalities, attitudes and beliefs.

My subconscious may have created them, but I felt as if Hap and Leonard were friends of mine. I was more like Hap than Leonard, but my inner voice, Leonard, was willing to contest my common viewpoints, and from time to time, teach me something.

When I first wrote about Hap and Leonard, Black and white friends existed in fiction and film, but their friendship, I truly believe, was unique for the times. The racism Leonard met head on was real. Folks I knew said, oh, it’s not like that anymore.

That wasn’t what I was seeing.

In time, the idea of fictional Black and white, gay and straight, conservative and liberal characters who understood each other, became more common. In some cases, that was due to Hap and Leonard. I received mail, later emails, from a lot of writers who were influenced by my duo. Neat. That makes me feel good, and humbles me.

At one point a reviewer said that things had changed so much that I had to accept that racism, homophobia were no longer a thing. This was before the haters revealed themselves in recent years, crawled out from under their slimy rocks. I knew they were there. Anyone paying attention did. Now, it’s obvious.

That said, are times better? They are. As John Lewis pointed out, and as I had witnessed, there had been many positive changes. Growing up there were separate water fountains, bathrooms, Blacks not allowed in restaurants or public places. Gays beaten and abused. Even after Civil Rights bills were passed, the past lingered like a fungus for far too long.

But did it get better?

Jim Crow developed a limp, and even looked as if he might be quite ill. I was hoping.

And then new politics raised its ugly head, even after we had finally seemed to break the glass ceiling with a Black president. The folks who resented this were given permission by right-wing politicians who had the logic of the brain dead, made it okay to hate again; hate people for sexual orientation and race, religion, and so on.

This being the case, the Hap and Leonard novels still speak to the same social issues they did before. And I hope they have maintained their humor, their excitement, and their characterization. That they speak to male bonding as a good thing. Friendship in the face of diversity is a good thing. Acceptance of differences in background and opinions is a good thing. I think we could use more of that. And in the course of speaking to those things, I want to continue writing about real life characters who are at the same time bigger than life. Real and mythic at the same time.

I hope someday Hap and Leonard’s discussions about race and sexuality will be unnecessary. That acceptance will continue in our culture, that the angry minority will crawl back into their dark holes.

An additional note on the passing of Michael Kenneth Williams…

After the writing of this article, the fine actor who played Leonard, Michael K. Williams passed away. He and I were not close friends, but I knew him from my time on set, a bit of correspondence here and there. I really liked him. He was a kind and gentle man, and nothing like the hardboiled characters he played.

We spent a lot of time together on the set of the first season, as we did with other members of the cast and crew, and perhaps, out of boredom, we talked about all manner of things to one another that might never come up in casual meetings.

Working on set, even if I was nothing more than a Co-executive producer, which meant I could have a viewpoint that they could listen to or ignore, still meant there was a lot of time to kill. You do that on a set. Hurry up and wait, killing time. If you’re lucky, you form a kind of family. The first season was just that way. I’m still in touch with a lot of those who helped make that first season so terrific.

So Michael and I talked. The thing that was obvious about Michael was that he had a good heart. He cared deeply for people and about all manner of things. He liked dogs, too, and that was a plus for me.

He had a wonderful laugh.

I had hoped we would work together again at some point.

I was lucky to have him play one of my most famous characters. He was a great Leonard Pine, and he and the show’s Hap, James Purefoy, really clicked. They were like an old married couple in how they dealt with one another. And I mean that in the best way. They had a true friendship, and it came across on screen, and made the friendship between the characters seem real, because it was.

Michael will be missed deeply by his family and dear friends.

But the rest of us, who were fortunate enough to know him a little, we will miss him as well.

He left a mark.

Below is the cover for Born for Trouble, to be released in March 2022 from Tachyon Publications. 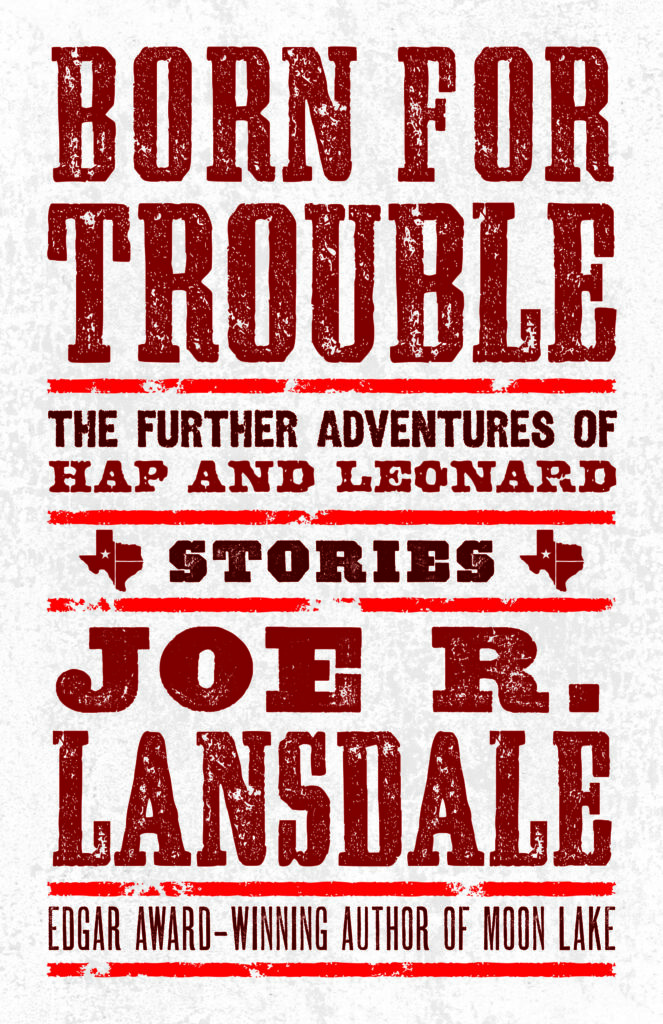 Joe R. Lansdale is the author of over thirty novels and numerous short stories, perhaps best known today for his Hap & Leonard series. His work, which includes writing for comics, television, film, newspapers, and Internet sites has received the Edgar Award, eight Bram Stoker Awards, the Horror Writers Association Lifetime Achievement Award, and many, many other accolades. His most recent works include Of Mice and Minestrone: Hap and Leonard: The Early Years and More Better Deals, coming July 2020. He lives in Nacogdoches, Texas with his wife, dog, and two cats. 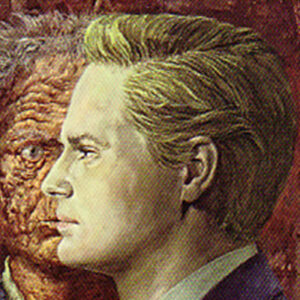 There is a fascinating thread that runs through literature of transfiguring visual art into written form. There are many...
© LitHub
Back to top