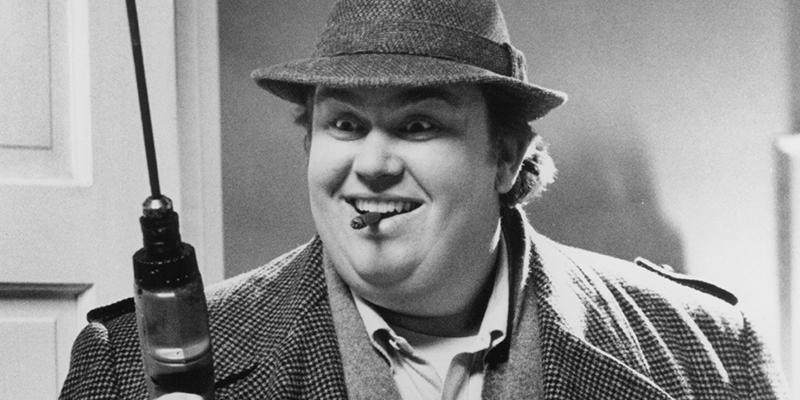 "Only someone who has experienced that kind of love and adoration can so deeply feel its absence."

We were up in Calgary doing final re-writes on our first movie and staying in a fancy hotel and just doing that screenwriters getting their first movie made/showbiz thing, which feels real nice when it comes along. Now when I say “us,” I mean me and “Golds” aka Michael Goldberg my old writing partner. Golds was a sweet Philly kid with a strange mathematical gift for how stories work. He also had a wild, open face and this red-brown ponytail that made him look like the Jewish Thomas Jefferson.

So, as I said, we were up in Calgary on our first movie, and these were exciting times. But our success, though we enjoyed it, had a little shadow over it because I was a heroin addict at that point (and for a good time after that point), and nobody knew it but Golds. But back to the action.

It was very late, like three in the morning, and I was in the bathroom up to no good when the phone rings. Now, it’s our first night in Calgary and we’re already jumpy because we got stopped at customs and thought we might be in a great deal of international trouble due to the narcotics in our luggage. But it turned out to just be a work visa issue, as they were unable to accept us into the country as screenwriters, and instead let us in as circus performers.

After two creepy chirps, the phone stopped ringing. There was a short pause, and then Karen, my then-wife-turned-now-ex-wife, came into the bathroom, looked at me and said, “It’s John Candy.”

I sat there for a moment, arm bleeding, and in a somewhat compromised state tried to digest this piece of information. “It’s John Candy?”

“Tommy, it’s John Candy. Get your partner and come to my room.” And he hung up.

It was a single, quick, hushed monotone breath, but it was definitely him. I was sure of that, because I’d been hearing him all afternoon at the “read-through” where he had played the affable, generous movie star. In fact, he was almost perversely generous, passing out gifts to all and promising everyone tickets to the Toronto Argonauts, a Canadian Football League team of which he was part owner.

So, just to recap, it’s 3:00 AM and I am in the bathroom of my room at the Fairmont Palliser in Calgary, Canada. I have managed to sneak a decent but not ridiculous amount of white powder heroin over the border of our neighbor to the north, and I am trying to convince a small portion of those drugs to enter my bloodstream when a very fat, beloved, and at times brilliant comic actor calls me on the phone and requests the presence of me and my partner in his chambers. I buckle down, get the medicine in me and call Golds to alert him to the situation.

“John Candy just called me. He wants us to come to his room.”

“John Candy just called. He wants us to come to his room.”

“Golds, John Candy wants us to come his room, now.”

“And he wants us to come to his room now at three in the morning?”

I pull on my pants, shirt and shoes, and I go knock on Gold’s door.

“Candy did not call you.”

“Dude, what is your fucking problem? He called me.”

“Okay, I want to see you knock on his door.”

And he steps out into the hall.

“Maybe you should change and take the mask off.”

He comes back out a minute later, mask off, but still in the kimono.

I march right up to Candy’s room, and with Golds a few steps in back of me and calmly knock on the door.

After a few seconds, the door whips open wide, and there he stands. John Candy, dressed in a rumpled, suit and with a very thin, long cigarette in his hand.

He waved us forward with his giant paw.

I turn and look at Golds, who, suffering the shame of the doubter, pulls the tiny kimono down over his nut sack, and, gathering as much pride as he can, walks on in.

To say the energy in Candy’s room was unusual would be an understatement. It was a whole other galaxy in there.

Golds shook his head no, and his Thomas Jefferson hair shook with it. I didn’t want one either.

“Hey guys, look at this, look at this… Eugene is really funny here… Watch, watch, watch Eugene.” Golds and I turned our heads toward the very old-school 19-inch hotel color TV which had been on since we walked in and to which Candy had hooked a rather large industrial VHS machine and was watching tapes of old episodes of SCTV.

And so we sat there and watched with forced three AM smiles on our faces, but what we’re really thinking is, “Holy fuck, we’re up in Calgary to do final rewrites on our first movie, and have somehow found ourselves beckoned at 3 AM to the room of our star, the beloved John Candy, who having downed almost an entire quart of vodka and smoked 2000 very thin white Eurotrash cigarettes is sitting in his hotel suite watching videotapes of himself on SCTV like Norma fucking Desmond in Sunset Boulevard.”

“You sure you guys don’t want a drink?”

We silently smiled another “no,” as Candy poured some more vodka over the ice in his glass.

“Fucking Moranis, guy still has every dollar he ever made.”

The sketch with John and Eugene was over and now Rick Moranis had come on the screen.

We turned to look at Rick Moranis, but as we did the TV clicked off.

We turned back toward him. His energy had changed.

He talked slowly and clearly, as if this was information we very much needed to understand.

“This one has to be really good.”

We weren’t sure what to say. We wanted it to be good too.

Now, we really didn’t know what to say.

The dude was in real pain and the booze and the cigarettes and the food, and whatever pills or coke or he might have been adding to the mix, none of it was helping.

And he looked at us with a tragic, last chance to make it right pleading in his eyes. As if we held not just the fate of his career in our hands, but his entire cosmic worth.

Poor guy was in withdrawal. He had gotten strung out on the Hollywood love juice and now his dealers were cutting him off. The big offers had dried up. There were no longer well-dressed men and women all over Wilshire Boulevard wondering how they could make the next John Candy vehicle happen. Only someone who has experienced that kind of love and adoration can so deeply feel its absence. He had climbed all the way to the top of that big show biz mountain, but now he was coming down the other side and picking up speed, and when he looked in the mirror, all he saw was a fat, washed-up bum that no one gave a shit about.

Cool Runnings came out in October of 1993; by March of ’94, John Candy was dead. It happened down in Durango, Mexico where he was working on a western spoof called Wagons East. His weight had bottomed out at 375 pounds, and they were having trouble finding a horse that could hold him. For forty-three years he had neglected, abused and abandoned his big, beautiful, fat boy heart, and it had finally had enough and “attacked” him.

In my perfect world he calls us into his room that night and says, “Guys, I need this to be really good for me because I need love. Understand, I just need some love.” And I say “Yes! Yes, me too John, me too. I need love. I was in my room shooting drugs trying to get some when you called… You’re not the only one with a broken heart, I’ve got one too. Golds does too. We’re nobody too.” I don’t know if that would have helped him, but it would have helped me and I needed the help ‘cause I kept shooting dope for fifteen more years until my heart attacked me and I had to have open-heart surgery and was on death’s front stoop with a big red bow on.

Candy came off great in the film, but nothing discussed that night had any bearing on that. The truth is we just caught him at the right time. The character he was playing was a fallen hero, full of shame and doubt, with a great big heart underneath. It was perfect casting. And it didn’t hurt that he was funny. He was sweet, and he was broken, and he was incredibly talented… And that’s my John Candy Story. 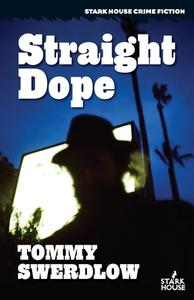 Tommy Swerdlow, born 1962, is an American actor and screenwriter. He has appeared in such films as Howard the Duck (1986) and Spaceballs (1987) and co-wrote the screenplays of Cool Runnings (1993), Little Giants (1994), Snow Dogs (2002) and The Grinch (2018). Swerdlow made his directorial debut with the 2017 feature A Thousand Junkies. His first novel, Straight Dope, is now available from Stark House Press. 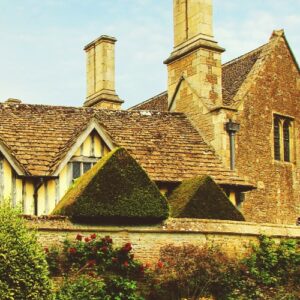 When it comes to classic and traditional mysteries, the old manor house in a remote part of England is a classic of the genre:...
© LitHub
Back to top