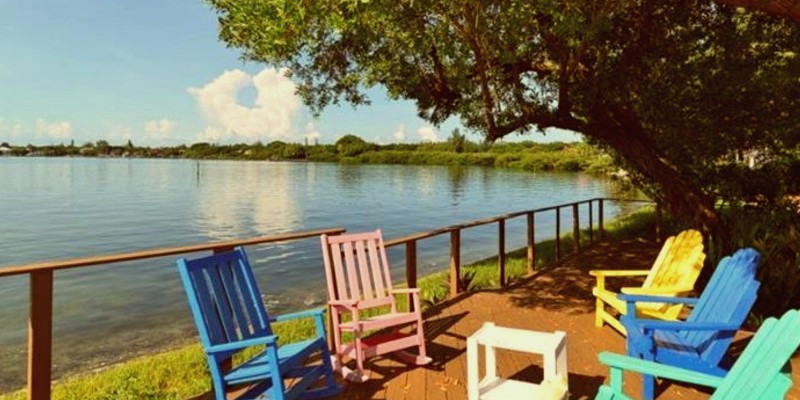 I like to check in on writer’s houses. Not in a creepy, hiding-behind-the-hedges way, just as a diversion during the work day when I’m stuck online and wishing I were somewhere breezy with nothing but time, mixed drinks, and books. There’s a vicarious creative thrill in seeing the places where our favorite authors produced their best work. That’s especially true when a writer and a place are entwined in your imagination. I’m thinking about Hemingway’s Paris apartment on Notre-Dame-des-Champs or the Dickinson Homestead in Amherst—addresses and edifices that have survived to our day and still manage to conjure up an artistic world. In the crime fiction realm, that’s John D. MacDonald’s Florida.

It’s hard to find an author with a deeper connection to place than the one MacDonald enjoyed. Through his standalone novels and in his long-running Travis McGee series, MacDonald’s characters traversed just about every inch of South Florida and its surrounding waters. (McGee was based out of slip F-18 at Bahia Mar Marina, Fort Lauderdale, in the Busted Flush, a houseboat he won in a card game; not bad for a “salvage consultant.”) Florida was more than a setting for MacDonald. As Craig Pittman wrote for CrimeReads, it was a lifelong passion, and concerns over the state’s environmental degradation and overdevelopment were woven deep into MacDonald’s fiction, just as in his private life he helped organize the local community against damaging land deals. It was with that legacy in mind that I used to like looking in on MacDonald’s homes, one in particular: 1430 Point Crisp Road in Sarasota, Florida.

Point Crisp is a spit of land poking out into the bay off Siesta Key, in Sarasota. MacDonald lived there with his wife and worked in a small apartment above the garage. It was a classic, sprawling Florida house in a brilliant natural setting, with water views on three sides. You can easily imagine MacDonald walking its floors, working out the plot to the next McGee novel, ruminating on some intricate scam working its way through South Florida and deciding just how “Trav” is going to sort it all out and get his heart slightly more broken in the process. It’s a house conducive to a certain rogue Florida romance. Anyway, that’s what I’ve always thought. Back in 2016, when the house was last for sale, Robert Plunket from Sarasota profiled the house. He had this to say: “The home has no particular architectural style. It just rambles along in a 1950’s sort of way, with 4 bedrooms and 3.5 baths in the main section and 2/1 in the guest house. There’s a very nice pool, plus a boat dock. There’s a surprising amount of wildlife—sea birds of all sorts, plus dolphins and manatees and even a family of iguanas that hang around the dock.”

There were also a few photographs, which postdate MacDonald’s time but give you a good sense of the terrain. 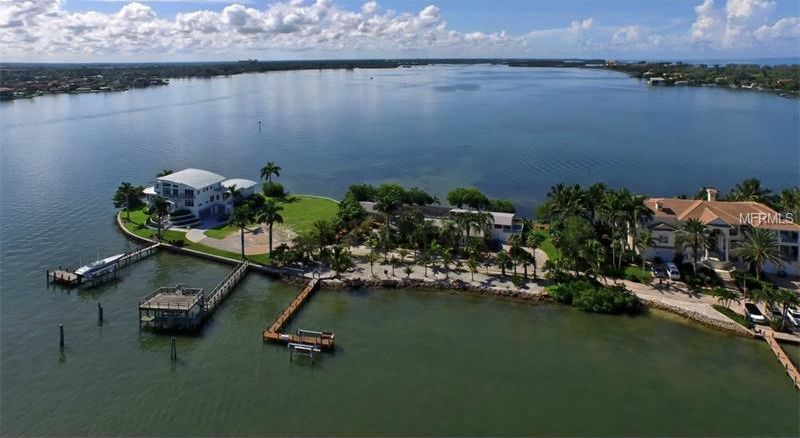 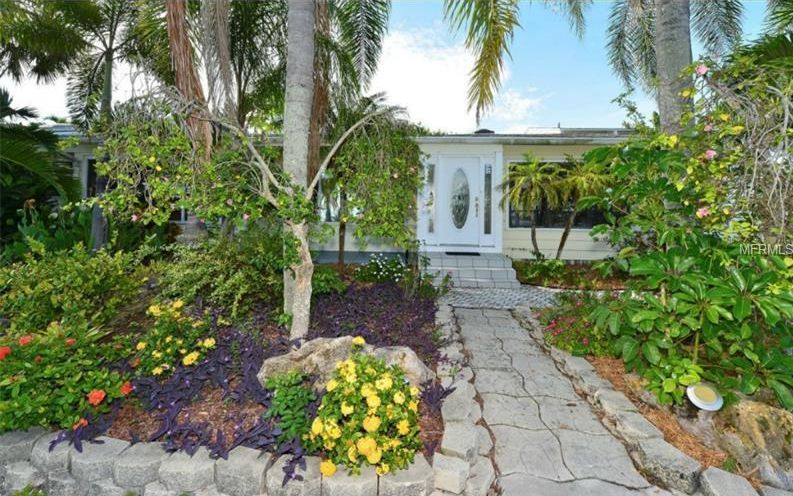 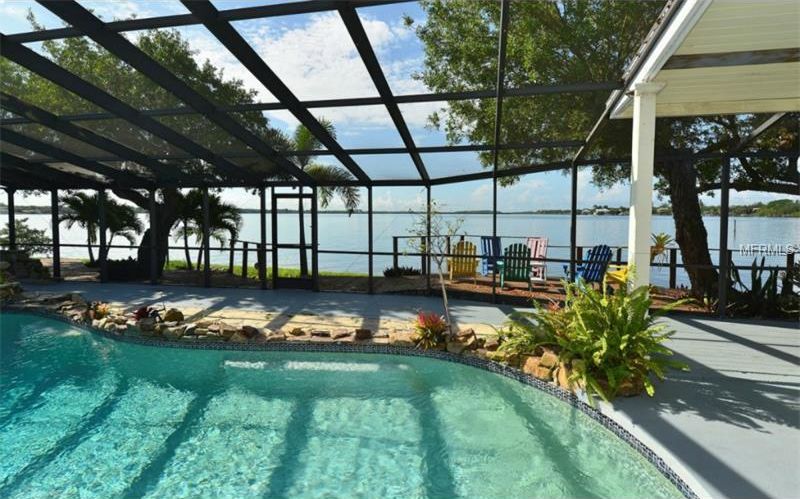 Plunket also wrote that the listing was selling for basically land value, and that “it’s pretty much taken for granted that it will be replaced by one of the enormous mansions that JDM railed against.” Well, it’s happened. The other day, on one of my meandering trips around the various literary addresses I check in on now and again, I typed in 1430 Point Crisp Road and came across a new listing on realtor.com: four beds, five and a half baths, 5,302 square feet, all on a 0.7 acre lot, the land that once belonged to an icon. It’s a mansion. One of the “enormous mansions that JDM railed against.” And it’s already built.

The house is for sale now and it’s about what you would expect. Impressive, if you like that sort of thing, and gauche if you don’t. I’m not sure construction is done yet but the photograph tells you all you need to know. 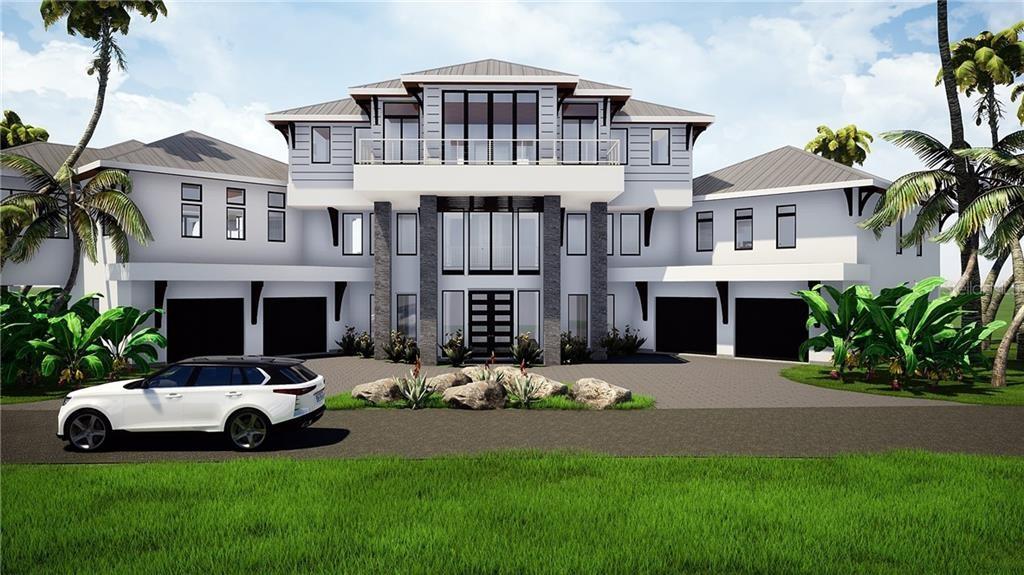 There are more images, but I can’t bear to show them to you. There goes another piece of “Old Florida,” a piece that once belonged to John D. MacDonald, a man who captured the state like no other author, whose world lives on in his work even if the place where he created that work is gone forever, paved and neutered.

If you have a spare seven million or so lying around, you could buy the new property. Or maybe take that money, work on your poker game, enter a few hands with some idle Florida rich, find out which one has a houseboat, lure him in, make your play, win that houseboat, secure a slip, and move to Bahia Mar. Just a suggestion. In the meantime, let’s all pour one out for JDM’s Point Crisp. 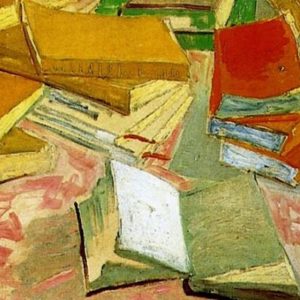 Seton Hill University in Greensburg, PA offers an MFA in Writing Popular Fiction. When I was getting my degree, I read countless...
© LitHub
Back to top