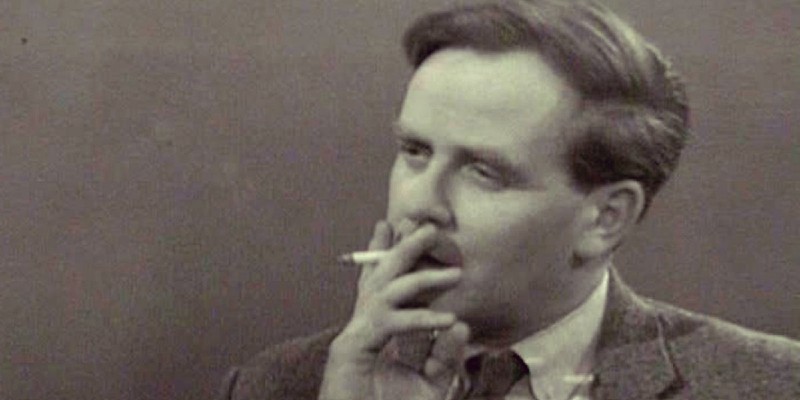 In 1965, John le Carré was a breakout author with a semi-secretive past and some really complex thoughts about espionage.

If you’re as passionate about espionage fiction as I am, you don’t need a reason to watch the interview below, a 1965 appearance by John le Carré (David John Moore Cornwell) on the BBC talk show, Intimations. But just in case, here’s the first reason I’ll push on you: it’s just so strange. Strange, deceptive, insightful and utterly fascinating.

Intimations was a BBC talk show that ran for eleven episodes between 1965 and 1966. It was hosted by Malcolm Muggeridge, an interesting figure in his own right, a longtime British satirist and contrarian who was at one time a prominent communist, until he became a prominent anti-communist, then later a foe of sexual liberation, Monty Python, and a slew of other cultural touchstones. Muggeridge was also a former British spy who served during World War II in East Africa and Paris.

Le Carré, just thirty-four years old at the time of his appearance, was already one of Britain’s most prominent novelists, coming off the success of The Spy Who Came in From the Cold. (That novel earned him a staggeringly large advance from his American publisher, Coward McCann.) Le Carré was less than a year removed from MI-6, and his service was so fresh the program dutifully goes out of its way to dispel the idea that he was a spy: “Contrary to public imagination,” the disclaimer reads at the outset, “the nearest he’s been to real life espionage was a brief stint with intelligence in Vienna.”

So let’s just get all that straight. This is a conversation between two spies-turned-writers, both of them professing to have little experience in espionage while also drawing one another, time and again, back into a profound and illuminating conversation about the nature of espionage, a conversation which lays quite bare the fact that both men had extensive, life-altering experience as spies. It is, as I mentioned before, an exceedingly strange and nuanced conversation, and very much worth the watch.

A few highlights from the conversation:

Muggeridge: I was a spy for about eighteen months under rather bizarre circumstances in the war in Portuguese East Africa, and of course it is true that…you can’t be yourself but of course you very soon invent someone else. And that perhaps where your theory of loneliness is a slight romanticization.
(8:00)

Muggeridge: Do you know, bearing out your point, I had a friend who was in one of these camps and after he got out he told me the prison slang for a man who confessed was a novelist.
(9:00)

Muggeridge: Are you going to go on with spies or have you come to the end with them as a writer?

Le Carré: I think that certainly for the time being I’ve come to the end of them. I might go back to them when I have for my own satisfaction proved myself in other fields. I confess that partly I’m turning away from spying…because it’s become such a commercial product…It isn’t a question of knocking other people. I don’t happen to like Fleming. I do happen to like Deighton in parts. But I do resist the obstacle race that I’m supposed to be racing with them.”
(15:00)

Le Carré: “I’m not sure that Bond is a spy. Nor for that matter is he a mystic. I think it’s a great mistake if one is talking about espionage literature to include Bond in this category at all. It seems to me he’s more some kind of international gangster with, as they said, a license to kill. He’s a man with unlimited movement, but he’s a man entirely out of the political context…It’s the consumer goods ethic, really. That everything around you, all the dull things of life, are suddenly animated by this wonderful cache of espionage.”
(16:30)

Le Carré: What I love in Greene, in every book he writes, in this sense of a moral search, still within the content of story. They are solitaries in search of some kind of fulfillment. There are paradoxes of course, which we know. They in some way approach God through sin. It is the moral search of a lonely man that in Greene, as in Conrad, attracts me irresistibly.” (19:45) 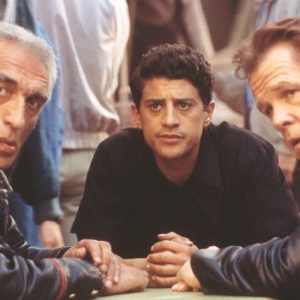 At their core, most heist films are a study in how things fall apart. The plan, however meticulous, is torn asunder by some...
© LitHub
Back to top