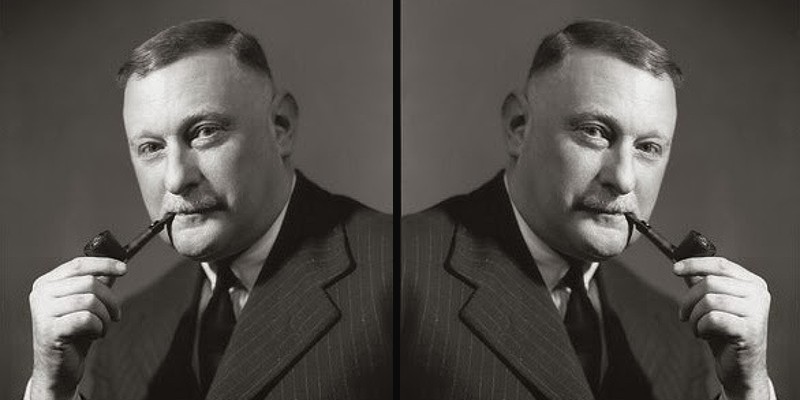 Through decades and hundreds of novels, the man was never at a loss for a good plot.

During the Golden Age of detective fiction, which spanned the years between the first and second world wars, England’s Maj. Cecil John Charles Street was one of the best-known and most accomplished writers of classical, puzzle-oriented mystery tales. Under his most famous pseudonym, the punning “John Rhode,” John Street was especially admired for his fiendishly clever, yet scientifically rigorous murder methods.

If Major Street’s drinking buddy and fellow detective novelist, the ingenious American expatriate John Dickson Carr, was the Golden Age’s lord of the locked room mystery, Street himself was vintage mystery’s master of murder means. The murder plots Street intricately devised in his John Rhode tales typically revolve around diabolically deadly applications of science and engineering; they are in the impeccable manner of his lauded predecessor R. Austin Freeman, creator of the greatest “rival” of Sherlock Holmes, medical jurist Dr. John Thorndyke.

The man who became John Rhode was born in Gibraltar on May 3, 1884, the son of Gen. John Alfred Street, a veteran of the First Opium and Crimean Wars who for five years in the 1870s had commanded British forces in Ceylon, and the general’s much younger second wife, Caroline Maria Bill, a daughter of wealthy landed gentleman, Charles Horsfall Bill. Young John’s father enjoyed but a brief retirement in England, passing away “somewhat suddenly at his residence” Uplands in Woking, Surrey, in 1889, when John was only five. Caroline Street thereupon relocated with John to live with her father at nearby Firlands, a home comfortably staffed with seven domestics.

For a time John Street followed in his distinguished late father’s martial footsteps, graduating from Wellington College (originally founded to educate sons of deceased army officers) and the Royal Military Academy, Woolwich, and receiving a commission from the Royal Artillery in 1903. However, at twenty-two he transferred from the regular army into the special reserves three years later. That same year Street wed twenty-four-year-old Hyacinth Maud Kirwan, a daughter of a major in the Royal Artillery.

Although possessed of ample private means, Street—who since adolescence had been fascinated with mechanics and applied science (on his father’s side of the family he descended from Rev. John Jardine, a noted figure in the Scottish Enlightenment)—spent the years before the outbreak of the First World War as chief engineer of the Lyme Regis Electric Light & Power Company.

He and his wife, Maud, had one daughter in 1906, the year of their marriage, the multi-floral Verena Hyacinth Iris Street, but sadly no more children came out of their union. Maud suffered from increasing mental imbalance and would become a patient in a private asylum. Verena was placed in the care of her Grandmother Caroline, with whom she would reside until her most untimely demise at the age of twenty-five in 1932.

After killing shots were fired at Sarajevo on June 28, 1914, and the great nations of Europe went to war in August, England called John Street back into military service. Perhaps for Street public conflict provided relief from private sorrows. Performing with bravery and distinction on the western front as a forward observation officer in the Royal Garrison Artillery, special reserve, Captain Street was wounded three times and received the Military Cross. From April to November 1918, Street, having been promoted to the rank of major, headed the MI7b, a branch of British Military Intelligence devoted to the production of press propaganda and the study of foreign presses. He later served as an information officer at the headquarters of the British administration in Ireland, Dublin Castle, between 1919 and 1921, where he controversially became what one Irish authority has called “the senior British propagandist in Dublin Castle during the Black and Tan War [or Irish War of Independence].”

During the Great War, Street revealed a literary bent, in 1916 publishing two well-received volumes of memoirs of his frontline experiences in the conflict, With the Guns and The Making of a Gunner, which he followed with a semi-autobiographical war novel in 1917, The Worldly Hope. After returning to England in 1921, Street began publishing books on contemporary European politics, reflecting his recent immersion in intelligence work. (Today he might have become a frequent guest on 24/7 cable news programs and even, heaven forbid, a serial tweeter.)

1924 presaged a pivotal shift in Street’s writing career when he published, in addition to the political treatises East of Prague and The Treachery of France, two crime thrillers, A. S. F. and The Double Florin, the latter under the pseudonym John Rhode, an obvious play on his own surname.

With the emergence of his first Dr. Lancelot Priestley detective novel, The Paddington Mystery, the following year, Street firmly established his career as a mystery writer. Over the next thirty-five years he would produce, primarily under his two major pseudonyms, John Rhode and Miles Burton, over 140 mystery novels (mostly classical tales of detection), an average rate of four a year, making him one of the most prolific “pure” detective fiction writers in the history of the genre.

Priestley, the series detective in most of the seventy-seven John Rhode novels, is an acerbic and disputatious scientist (a mathematician in the earliest novels) with a penchant, not unknown in learned gentlemen in detective fiction of his day, for amateur crime investigation. Likely, Street derived his greatest detective’s surname, in a nod to the Age of Enlightenment, from eighteenth-century English chemist and natural philosopher Joseph Priestley, author of The History and Present State of Electricity (1767).

In the earlier Priestley novels the elderly doctor is ambulatory and gets out to inspect crime scenes himself, along with his loyal secretary, Harold Merefield (who is also Priestley’s son-in-law, having married the widowed scientist’s flippant flapper daughter, April, who then promptly vanished from the books). Later on in the series, however, Priestley becomes almost entirely a classic armchair sleuth, a thinking machine brilliantly elucidating the complex criminal problems brought before him by his attendant policemen: Inspector (later Superintendent) Hanslet and, as the series progresses, Hanslet’s younger, posher, college-educated underling, James “Jimmy” Waghorn, who over the course of the series falls in love, marries, and becomes a superintendent himself.

Two other characters who appear multiple times in the John Rhode novels are eminent pathologist Sir Alured Faversham and Dr. Mortimer Oldland, the latter of whom eventually comes to serve, along with a now-retired Hanslet, as a participant in Priestley’s weekly post-prandial ratiocinative round tables. During these, the trio of inquisitive old men, with Harold and Jimmy in devoted attendance, analyze Waghorn’s latest murder investigations (if deemed sufficiently intriguing). Invariably the dogged Priestly sagely guides Waghorn to the criminal culprit, after having chided him for having fallen yet again for the fatal allure of conjecture.

After the Great War, Major Street found happiness with another, more congenial woman in his life: Eileen Annette Waller, a daughter of a prominent native Irish electrical and civil engineer. John and Eileen enjoyed a peripatetic life together, residing snugly in a series of villages in southern and central England and taking leisurely cruises in the Baltic, Mediterranean, and Caribbean Seas. The couple, who married after Maud Street’s demise in 1949, remained together until John’s own death at the age of eighty on December 8, 1964. England’s grand old man of mystery remained remarkably productive until near the end of his life, publishing his last Priestley detective novel in 1961, just three years before his passing. Indeed, so immense was John Street’s plotting capacity that he once drolly invited mystery writer Christianna Brand, a brilliant younger co-member of the Detection Club who confessed to him that she was suffering from writer’s block: “My dear, come down to my place—I’ve got rows and rows of my books, look though them and use one of my plots, you’re most welcome.”

Unquestionably the good major had murderous imagination to spare. 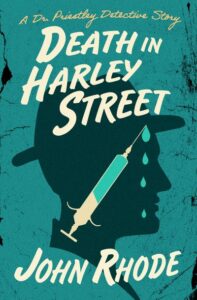 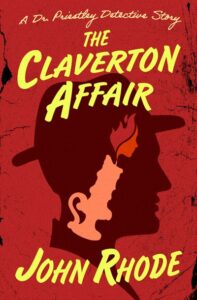 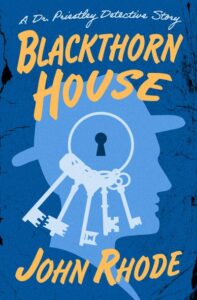 Curtis Evans is the author of Masters of the "Humdrum" Mystery and The Spectrum of English Murder and the editor of Clues and Corpses: The Detective Fiction and Mystery Criticism of Todd Downing, Mysteries Unlocked: Essays in Honor of Douglas G. Greene and the Edgar nominated Murder in the Closet: Queer Clues in Crime Fiction Before Stonewall. He blogs at The Passing Tramp. 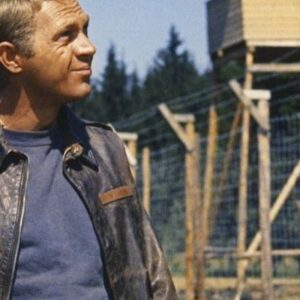 By the time the invasion of Poland officially kicked off the Second World War, the Germans had been engaged in strategy sessions...
© LitHub
Back to top