Every month, like customs agents with a penchant for literature, we’re scouring the latest imports to these shores looking for the best crime novels, mysteries, and thrillers. Whether you’re a devotee of Nordic Noir, French crime, or you’re looking for the next big thing from the far corners of the mysterious world, chances are there’s a good book headed your way. This month brings new legal thrillers from Scandinavia, an Italian classic’s return to print, a Mario Conde novella set in Havana’s Chinatown, and more. 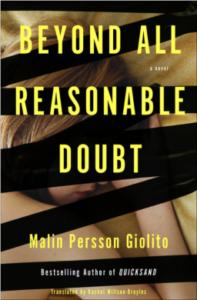 Malin Persson Gioloto, Beyond All Reasonable Doubt (Other Press)
(translated from the Swedish by Rachel Willson-Broyles)

In this scintillating legal thriller from a modern master of Swedish suspense, a lawyer takes on the case of a man she believes to be innocent of the murder of a young girl, yet her quest for exoneration quickly alienates her from her community even as she develops grave doubts about her client’s behavior. Giolito’s previous work, Quicksand, has been adapted for the small screen by Netflix, and we’re looking forward to seeing much more about this Swedish lawyer-turned-crime writer and her intricate psychothrillers. 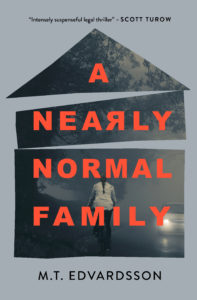 Devotees of Scandinavian Noir who are ready for more shades to the genre will be heartened by this month’s US release of Swedish author M.T. Edvardsson’s A Nearly Normal Heart, a complex, searching legal thriller (a fine pairing to Beyond All Reasonable Doubt) that doubles as a study on family dynamics and pressures. A teenage girl is the prime suspect in the slaying of a local businessman and community pillar nearly twice her age. The girl’s father is a spiritual leader and defense attorney desperately struggling to understand what happened to his daughter, and what she may have done. Edvardsson weaves three different perspectives on the story together to form a rich, nuanced take on family, community, and morality. 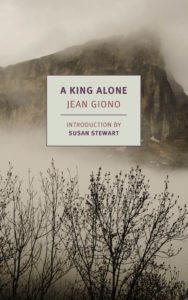 Jean Giono, A King Alone (NYRB)
(translated from the French by Alyson Waters)

Giono, a major figure in the midcentury rise of existential noirs in France, receives the eminent NYRB treatment this month for his brooding classic, A King Alone (Un roi sans divertissement). The story is a dark and dreadful one: an isolated mountain village, a series of mysterious disappearances for which the locals invent a variety of reasons and even mythology, an outsider summoned to bring some answers. The story takes a particularly dark turn when the outsider, the detective figure, is brought back to the village to serve as its guard against wolves. Giono and his work defy classification, but you’ll find notes of the gothic, the detective story, and even those classic thrillers that set man versus nature in a battle that digs down into our primitive souls. 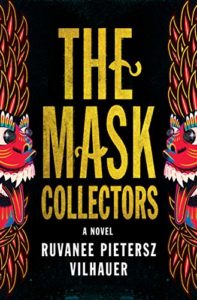 At a school reunion for an elite private academy, a journalist is murdered and the crime scene reminds anthropologist Duncan McCloud of a Sri Lankan ceremonial ritual. As those connected to the crime scatter across the globe, McCloud works to unravel a conspiracy with roots in the colonial past. Full of secrets, lies, and ceremonies, this gothic thriller is a mind-bending exploration of the power of tradition and belief, with a fraught marriage at its heart. 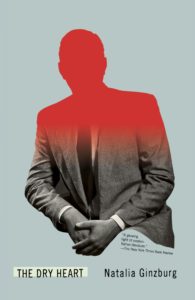 New Directions is bringing an icon of feminist thrillers back into print this month with a new edition of Ginzburg’s The Dry Heart (originally published shortly after the end of WWII, in 1947), which begins with the immortal opening line, “I shot him between the eyes,” and proceeds to chronicle the thoughts and deeds of a woman assaulted by marriage, the domestic everyday, and a husband who, it seems, needs killing. Ginzburg’s own life—her persecution, her activism, her stint in political life—is endlessly fascinating, but don’t let all that distract from the crisp precision and ruthless vitality of her prose, delivering a truly chilling tale in a trademark understated style. This is a monument of modern Italian literature, and it deserves a top place in the every growing pantheon of psychological thrillers. 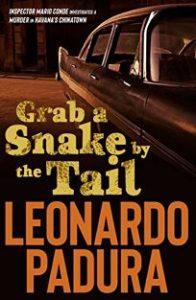 Leonardo Padura, Grab a Snake by the Tail (Bitter Lemon)
(translated from the Spanish by Peter Bush)

Padura is one of the most celebrated crime authors in the world today, and rightly so. This novella, a standalone that the author has been tinkering with for decades, is a Mario Conde investigation, but it stands outside the author’s legendary Havana Quartet to tell a discrete story about a case in Havana’s Barrio Chino, where a particularly heinous murder illuminates a possible drug trafficking ring in the city’s old Chinatown. Readers can expect all the usual Conde charm—long meditations on the meaning of life and language and the trials of the Cuban people—as well as some new terrain, as he navigates a hidden pocket of the city and a community that holds itself apart. 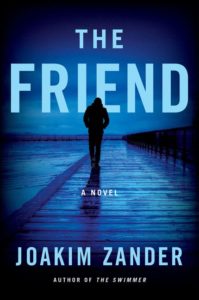 Joakim Zander, The Friend (Harper)
(translated from the Swedish by Elizabeth Clark Wessel)

Joakim Zander is one the best writers around when it comes to international intrigue, and we couldn’t be happier about his new sequel to his bestselling thrillers The Swimmer and The Believer, in which a naive diplomat tumbles into a passionate affair with a handsome local, only to quickly become compromised by his lover’s intentions. It’s up to Zander’s heroine Klara Walldeen to get to the bottom of a very complicated situation. 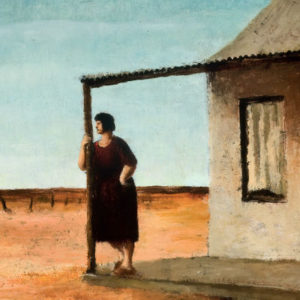 Of course the Germans have a wonderful word for ‘Gothic novel’. Schauerroman. Literally: “shudder-novel”. A story...
© LitHub
Back to top