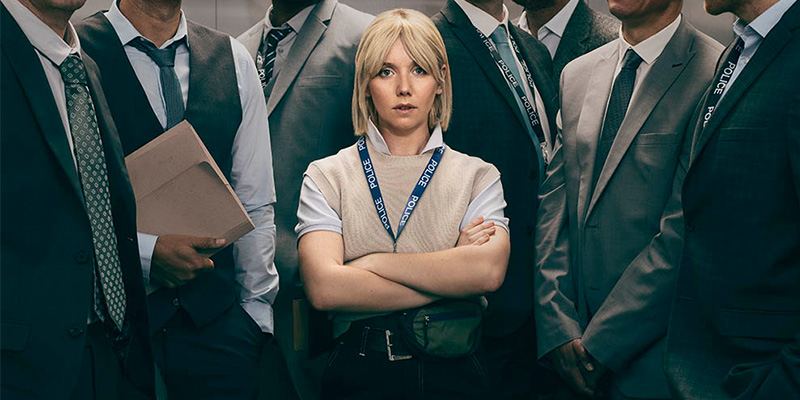 The most important thing about the mystery at the heart of (what is hopefully just) the first season of BritBox’s Karen Pirie—the midnight stabbing of twentysomething barmaid Rosie Duff in the middle of the St. Andrews Cathedral graveyard—is that it hinges on the yawning 25-year gap between the night the original murder takes place and the cold case investigation that will ultimately put Rosie’s ghost to rest.

In the 2003 Val McDermid novel the BritBox series draws its inspiration from, The Distant Echo, this means Rosie’s life and tragic death is fixed firmly in 1978. In the 2021-set streaming adaptation, though, the unrelenting force of math moves Rosie’s half of the timeline up to 1996.

If this last example wasn’t a major cultural touchpoint of your 1996, it certainly would have been for the proudly Scottish Gen X crowd the series’ version of Rosie Duff (Anna Russell-Martin) was a part of—which is exactly the kind of textural specificity first-time showrunner (and series writer and co-star) Emer Kenny was going for when shifting The Distant Echo’s timeline forward nearly two decades.

“We were always trying to find those kinds of iconic moments from ’96 that felt [particularly] British and Scottish,” Kenny told critics during the series’ panel at last summer’s TCA press tour. See, for example, the warm orange glow of the sodium vapor street lights director Gareth Bryn chose for the 1996 flashbacks. (“We wanted to go actually brighter and more vibrant with the colors, which were quite neon.”) See also the carefully chosen title sequence track by Scottish band Arab Strap. (“They had a really iconic song called “First Day of Summer” [sic] that was set in Scotland in ’96, where they talk about the football going on, and it [felt] nice and cohesive and of the time [to use them for the title sequence].”)

The inclusion of that particular England vs. Germany semi-final, though, shows how Kenny uses the specificity of Karen Pirie’s 1996 setting for more than just nostalgia. Because it isn’t the prospect of England making it to the ‘96 final that’s compelling to the increasingly drunk Scottish patrons of Rosie’s bar—it’s that of Germany sending them home in humiliated defeat. And while that might scan like a joke, it’s nevertheless Germany’s hard-fought victory that leads to the chaotic night of drunken celebration that ultimately claims Rosie’s life.

This attention to textural specificity is just as present in the 2021 half of the story, which opens on a note as temporally iconic as orange sodium lights, Arab Strap, and the ‘96 England vs. Germany semi-final: a twentysomething female podcaster named Bel Richmond (Rakhee Thakrar), slipping on her headphones and adjusting her levels to record the hook for Echoes: The Rose Duff Case. “It’s now 25 years later and the murder remains unsolved. I’m Bel Richmond, and I’m here to ask, why? Why didn’t they feel she deserves justice?” Cue hook-y jingle; cue mini montage of the three friends that discovered Rosie’s body listening, haunted, through their various smart devices; cue social media detectives sharpening their digital pitchforks to aim at whoever Bel might point them to. It wouldn’t take a trained investigator to know everyone would have that on their 2021 Bingo card.

But it’s not just the podcast—pop culture shorthand for 2021 is all over the screen whenever the narrative flips back to the present day. DS Karen Pirie’s (Lauren Lyle) male partner (Zach Wyatt) unselfconsciously wearing her bright pink REAL WOMEN WEAR MUD fun run shirt while his suit dries? Check. Her next male partner (Chris Jenks) turning out to be a fitness bro who pounds protein and takes press-up breaks and doesn’t quite “get” the feminism behind Bel’s podcast (until, of course, he does*)? Check. Karen’s bosses in the St. Andrews constabulary assigning her the Rosie Duff case because said podcast makes them realize they might have to actually, like, do something to try and solve the murder now that “some woke Millennial’s found a microphone,” and Karen’s the nearest unassigned female officer at hand? Check! An abusive Twitter brigade, an accidental DNA registry boondoggle, a joke about it “not being a great time to be named Karen”? Check, check, check.

Kenny, on the men of Karen Pirie: “For me, I see any kind of narrative like crime, where it’s procedural, as a kind of Trojan horse to get in the stuff that I really want to write about, which is relationships. And my favorite relationship in the entire show is the men and Karen, especially DC Murray [Jenks]. I always thought about the fact that they would sort of look at each other and just—they’re like exotic creatures to each other because they just do not understand each other’s point of view. He has never really met a woman like Karen before and is kind of in awe of her, but also scared of her.”

And while once again, yes, much of that might scan like a joke, the way it’s all deployed ultimately leads to significant (and tragic) breakthroughs in Rosie’s case. The texture, the specific friction, of Karen’s world in 2021 is as imperative to Karen’s ability to solve Rosie’s murder as the specific friction of Rosie’s world in 1996 is to Rosie being murdered in the first place. Moreover, the specificity woven into each of their worlds serves to underscore a core truth they both share, separated as though they might be by that 25-year gap: men, as a whole, just continue to not take women seriously. For Rosie, this fact ends in tragedy. For Karen, it ends in revelation. And for a critical character whose deal is worth leaving unspoiled, well, it ends in a bit of both.

To borrow from that Vice review linked above of Arab Strap’s “The First Big Weekend,” art gets good when it starts figuring out how to blend the specific with the universal. In Arab Strap’s case, “[w]hat could have been a vague, meandering, aimless and unfocused wander through a weekend where fags replace oxygen and you start to sweat molasses thick drops of Guinness, is, instead, a rich, deeply detailed, charmingly personal account of a descent into bacchanalian madness.” In Karen Pirie’s case, what could be a cookie cutter, girl power, dark 90s nostalgia fest dutifully riding the current true crime podcast TV wave is, instead, a sad, surgically biting, depressingly hopeful take on precisely what trouble not trusting a woman to succeed in the lot she’s been given can get a bad man into.

If this sounds like a near knockout review for Karen Pirie, that’s because it mostly is. Mostly. Where the series does fall flatter than one might want is in its pacing. With this first season comprising just three episodes, each of which runs upwards of 90 minutes long, the story ends up—somewhat disorientingly—coming off as both too short to get viewers meaningfully invested in the characters, and too long to accommodate the narrative’s natural peaks and valleys. At least once per episode, the storytelling rhythm hits an organic stopping point. But where the audience might expect (and appreciate) a cut to credits and a chance to sit and absorb the latest twists and turns before queuing up the new rhythms of the next episode, the series—much like its dauntless eponymous protagonist—barrels forward. And unfortunately, while this is an approach that works wonders for Karen Pirie, the character, it’s less successful for Karen Pirie, the TV show. Two timelines is a lot, not least when there are at least ten principle characters beyond Karen, herself, half a dozen of whom are played by two different sets of actors. A few more offramps to let invested viewers stop and catch their breath would go a long way.

That said, this just leaves room for Karen Pirie to grow. This first season already boasts an extremely compelling, rootable lead in Lyle; Kenny has proven to have a clever, steady hand on the creative wheel; and St Andrews is a rich visual setting for filming on location—especially for a British Isles-loving international audience. Add to any future seasons a mystery as structurally adaptable as the split timeline mystery of The Distant Echo and foils for Karen as sweet as DC Murray, and it’s sure to be another fun ride.

The first season of Karen Pirie is streaming now on BritBox.

The Best Debut Novels Coming Out in January 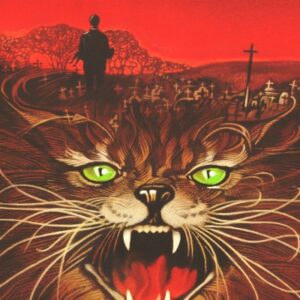 Once I got over the excitement of being asked to write an essay for CrimeReads, I settled into several days of racking my brain...
© LitHub
Back to top