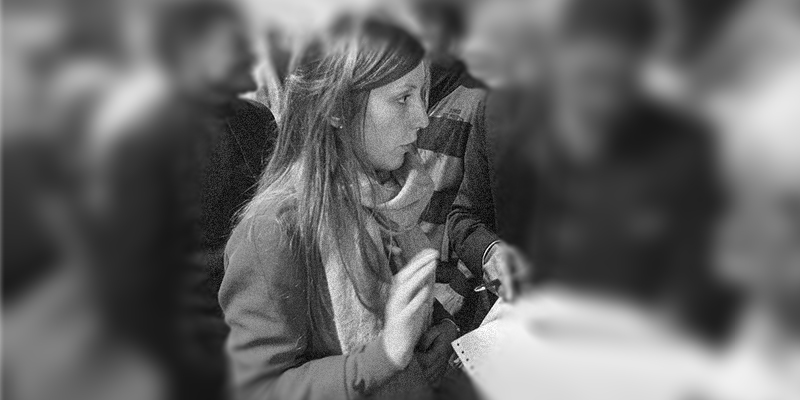 A Horrifying Revelation and A Family's Heartbreak

The police station at Halmtorvet is near Istedgade, a Copenhagen street once notorious for drugs, crime, and prostitution. There are no parking spaces to be had, so we drive around the block several times. Finally, we take a spot outside the station, one designated for police cars. Just now, parking tickets seem like a minor concern.

We’re met by a serious but friendly police officer and shown into a cold room on the ground floor. We wait, unsure exactly what we’re waiting for. We hope it’s a message that Kim’s been found, unharmed, but such a message never arrives. Our phones are our lifeline to the outside world. We hear that the media crowd has moved from Dragør to Halmtorvet and that they’re waiting outside the police station.

Ole is the first to be summoned to an interview in another part of the large building. Then we, too, are brought upstairs to what looks like the detectives’ workroom. Personal belongings—a gym bag, used coffee cups—are our clues. The windows offer a view of gray roofs, and I realize we are quite high up in the building. We’re offered coffee before the interview begins.

We’re sitting in adjacent rooms, probably being asked the same detailed questions. My interviewer is a forty-something policewoman with a ponytail. I’m a little surprised to see that she and her colleagues all have pistols in their belts. In Sweden, officers with desk jobs wouldn’t carry weapons. But I don’t ask her about it.

She and I struggle our way forward in a mixture of Danish and Swedish, and I try to answer all her questions. The first one has to do with when I last had contact with Kim:

“Enjoy your trip to Berlin. See you Tuesday night. I love you! Kiss, kiss!” Kim said to me at lunchtime on Thursday. I’m out walking the dog in the lovely late summer sunshine when I call her. She’s curious to hear what we think about Ole, whom we had just met the evening before. I joke and say that he gets high marks. And I add, “Keep this one.”

“Don’t worry—he’s the one. So you’d better get used to having him around for the rest of our lives,” she replied.

During the interview, each of us is asked to describe Kim’s life, health, job, and future plans. We’re asked to talk about her friends and her relationship with Ole. We tell them about Kim and Ole’s decision to move to China and about our most recent meeting. We also have questions: What about her phone? Can they trace the most recent phone call? Where and when? We know she sent pictures to Ole just before the Nautilus was supposed to dive to the bottom of Öresund. What’s happened since then?

What does the submarine man say? Where did he drop Kim off? We don’t get any answers. But the policewoman interviewing me tells me Madsen is in custody. I’m very surprised. Why? The answer I get is that this is standard procedure, and something necessary in order to do a forensic examination of the man and guarantee his rights. My doubts start to grow. Too many hours have passed since Kim disappeared. She’d never stay away voluntarily. She wouldn’t run away with someone else. She had no thoughts of suicide. On the contrary, her eyes were shining with happiness when we saw her the day before she disappeared. Ole is the love of her life, and she was looking forward to beginning that life together with him in earnest. If Kim’s been injured, someone would have found her by now. We’re in the middle of a densely populated area in one of Scandinavia’s capital cities.

Tom makes the trip to Copenhagen from his work in Helsingborg. He’s led into the police station without being discovered by the reporters. We’re sitting together in the police break room to wait for the transcript of our interviews. They have to be corrected several times—Swedish and Danish aren’t always compatible. The break room at Halmtorvet looks like many others—a large refrigerator, a sink, a coffeemaker. On the wall there’s a bulletin board where the menu from a nearby pizzeria is posted next to what looks to me like shift schedules and information from the union. There are a few empty coffee cups on the rectangular table, salt and pepper shakers, a couple of newspapers, and the remote for the large TV that dominates one wall. While we’re sitting here waiting for the final version of the interview transcripts, drinking yet another cup of vending-machine coffee, Tom turns on the TV. The submarine drama is the first story. All of a sudden, “breaking news” rolls past at the bottom of the screen: Peter Madsen has been arrested for murdering the Swedish journalist.

Time stands still. This can’t be true. Kim is somewhere out there—we’re just waiting for her to get in touch. The police officers who enter the room see the same thing we’ve just seen.

This is not how you’re supposed to receive news of a loved one’s death.

This is not how you’re supposed to receive news of a loved one’s death.

It’s nobody’s fault, but it feels like someone just pulled the carpet out from under my feet with a violent jerk. The television reports are about our daughter, our Kim: the woman who traveled all over the world, taking calculated risks when she had to, letting us know where she was every time she had access to Wi-Fi. Slowly, slowly the words sink in— the police believe she’s been murdered on board the Nautilus. They are clearly affected by what’s happened, upset over the way we’ve learned the news. In silence, they follow us out and make sure no reporters are waiting for us.

Our car is still there, untouched. We decide to drive to the outermost tip of Refshale Island, the place where Peter Madsen claimed he let Kim off on Thursday evening. It’s dark and a little windy, and we find we’re not alone—reporters are here for the same reason we are. We drive back and forth along the route Kim would have walked if Madsen had dropped her off. Could something have happened on her way to the apartment she shared with Ole? The flame of our last hope flickers brightly. We want so badly to wake up and find it was just a bad dream.

It’s very late that evening when we get home to Gislöv Beach, on the southern coast of Scania, the southernmost province of Sweden.

We thought we would be away for five days. Instead, we’re back home the same day. It hurts, both physically and psychologically. The only thing we’ve had all day is many cups of bad coffee—so many, we can’t even count them. We turn on the TV—it’s the same report that’s on our phones, the radio, our computers.

The story of the female journalist who disappeared when covering a story on a homemade submarine in Copenhagen is repeated everywhere we look.

On TV, over and over, we see the image of Peter Madsen as he steps onto land. He stumbles off the boat deck and gives a thumbs-up to the journalists waiting in the harbor area. He looks carefree, not at all affected by what has happened to him: He’s been rescued from the ocean after his submarine suddenly sank. So far, only a few people know that our family is the one hit by this enormous tragedy. This will soon change. On the other side of the Atlantic, news of Kim’s disappearance has already started to spread. One of Kim’s friends, Mustafa Hameed, works for CPJ—the Committee to Protect Journalists—and his colleagues in Europe have sounded the alarm for the missing journalist. At 11:43 p.m., Mustafa posts a message on a closed group on Facebook: It’s Kim—she’s the one who’s disappeared. Immediately, people begin to react from all over the world; Kim has friends everywhere. 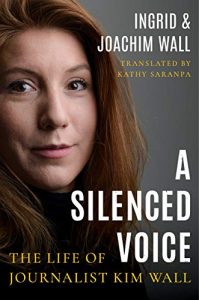 Ingrid Wall is a Swedish journalist, author, and mother of journalist Kim Wall. She's worked for more than twenty-five years in the newspaper industry as general assignment reporter, news director, business reporter, and night news editor. In 2000 she was hired as head of communications at Trelleborg Municipality. She is the author of Trelleborg in the 1950s: City of My Childhood and The Beauty of Everyday Language, and coauthor with her husband, Joachim, of A Man, an Island, a Life. Joachim Wall is a Swedish photojournalist and father of journalist Kim Wall. At the age of fifteen, Joachim's first photograph--that of George Harrison--was published, and his career was set. After running his own picture agency, in 1985 he started working as a press photographer for the evening paper Kvällsposten in Malmö. He went on to cover events big and small, both locally and internationally, for nearly thirty years. 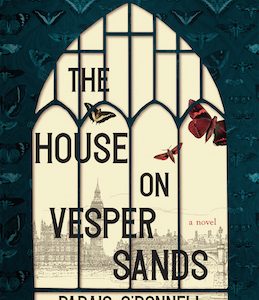 REQUIEM ÆTERNAM February 1893 In Half Moon Street, just as she came near to the house, Esther Tull felt the first...
© LitHub
Back to top