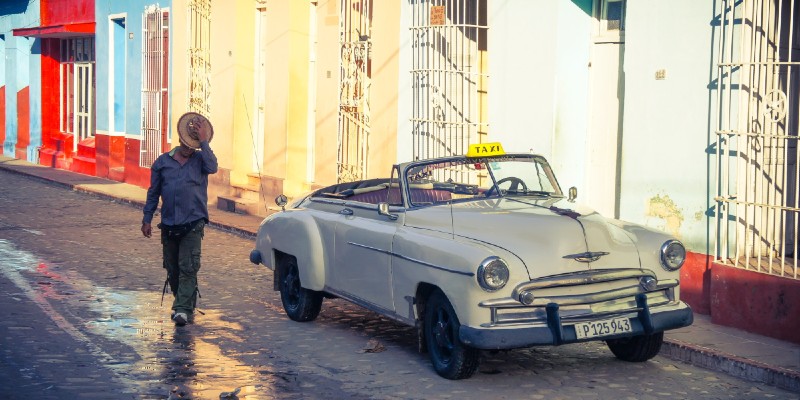 Latinx writers are producing some of the world's most exciting short fiction. Time to get your hands on a few story collections.

The increasing number of Latinx crime fiction writers in the marketplace has been heartening, a win for inclusion. It’s fantastic to have so many new voices to enjoy. Anthologies of Latinx crime fiction offers readers a chance to sample these talents (and offers the authors a chance to hone craft and build brands). These Latinx-themed miscellanies (collections of all-new works) are clear evidence of the power of diversity—diversity of styles as well as of the concerns of Latinx writers, from L.A. to Mexico to Chile to Costa Rica to Argentina to Peru to Puerto Rico to Cuba to the Dominican Republic. The volumes noted below, with all-Latinx lineups, demonstrate the au courant chestnut “We are no monolith,” and they are well worth reading. 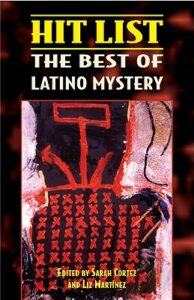 Published in 2009, this is the first anthology of short fiction by “Latino mystery writers” in English. The editors assembled a powerful roster of literary talent of the day, including Mario Acevedo, Carolina García-Aguilera, Alicia Gaspar de Alba, Rolando Hinojosa-Smith, John Lantigua, Manuel Ramos, S. Ramos O’Briant, and Sergio Troncoso, as well as newbies including Carlos Hernandez and some guy who went by the name R. Narvaez back in those days. Of the stories, Chicana legend Lucha Corpi’s quirky “Hollow Point at the Synapses” has a unique POV, and Steve Torres’s melancholy “Caring for Jose,” features Sheriff Luiz Gonzalo from Torres’ excellent Precinct Puerto Rico series. 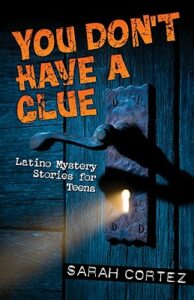 You Don’t Have a Clue: Latino Mystery Stories for Teens, edited by by Sarah Cortez (Arte Público)

With the hunger for Young Adult content, Cortez followed up Hit List with this collection of 18 stories geared toward adolescents. Again the lineup mixed the established and the emerging—including Diana Lopez, Daniel Olivas, and René Saldaña Jr. Standouts here interest include “The Tattoo,” by Alicia Gaspar de Alba, about the Aztec goddess Coyolxauhqui visiting Venice Beach, and “Losing Face,” by Carlos Hernandez (who went on to write more YA and win a prestigious Pura Belpré Award), a story centering around a character with face-blindness. Personal note: The two main characters of my YA thriller Holly Hernandez and the Death of Disco appear in this volume for the first time. 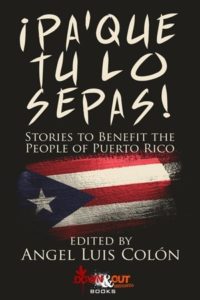 After Hurricane Maria devastated Puerto Rico in 2017, only Colón had the cojones and the conviction to put together this charity anthology to benefit the Hispanic Federation: UNIDOS Disaster Relief & Recovery Program to Support Puerto Rico, a program working to help those affected by the disaster. No less than E.A. Aymar (The Unrepentant) called it an “important [. . . ] collection, one that plunges the reader into the variety of cultures and beauty within the Latinx community.” Not all of the stories are crime fiction, which gives this collection a lovely power to surprise. Contributors include David Bowles, Hector Duarte Jr., Carmen Jaramillo, Jessica Laine, Christopher Novas, Cina Pelayo, Alex Segura, Désirée Zamorano, and, yeah, me again. (What can I say? I’m a sucker for a Latinx call for submissions.) Check out Chantel Acevedo’s Hemingway-centered “Papa’s Manuscript,” and Hector Acosta’s border-crossing story, “Turistas,” which deservedly garnered an Edgar nomination. 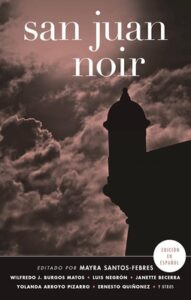 Too many people think of Puerto Rico as just another place to get a tan and a fruity cocktail. The best thing about this anthology, with thirteen contributors of Puerto Rican heritage, is that it demonstrates that there is a lot more to the too-frequently beleaguered island than casinos. As Santos-Febres writes in her introduction, “We have responded to our crisis with so many stories to tell.” These stories detail the conflict between rich and poor, tourists and locals. Standouts include “Death Angel of Santurce,” by Charlie Vazquez, about a sex worker who meets a sadistic client, and “Death on the Scaffold,” by Janette Becerra, in which a snobby hermit in Río Piedras finds he cannot hide from the horrors of the world. This one is available in a Spanish-language edition. 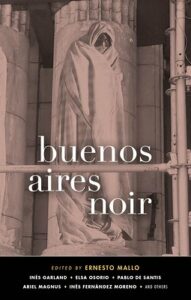 Reflecting a country that has been plagued by social and economic troubles for generations, Argentinian crime fiction is often steeped in social and political commentary. In his introduction, Mallo writes, Buenos Aires is a city “in love with its own disorder.” Another in Akashic’s peripatetic series, this collection includes Argentinian writers such as Inés Fernández Moreno, Pablo De Santis, Enzo Maqueira, Ariel Magnus, and Claudia Piñeiro. Highlights here include “The Golden Eleventh,” by Gabriella Cabezon Camara, which puts us in the boots of a Nazi terrorist, and Alejandro Soifer’s “Chameleon and the Lions,” about corruption at Palermo Zoo. 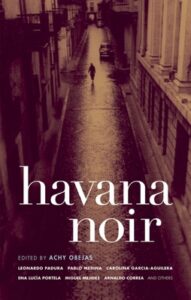 Obejas writes in her introduction that Havana is a city where “the concept of sin has been banished by the urgency of need… [turning] the human heart feral.” She translates 12 of the 18 included here, which feature Cuban crime fiction stars such as Leonardo Padura, Alex Abella, and Carolina Garcia-Aguilera. Must-reads include “Nowhere Man,” by Miguel Mejides, about dwarves who live underground and provide sausages to the citizens of Old Havana above, and Arnaldo Correa’s “Olúo,” for its look at Afro-Cuban Santería.

Also worth noting: Mexico City Noir (Akashic Books), edited by Paco Ignacio Taibo II, purveyor of the neopolicial, whose introduction alone makes the book worth getting, and Both Sides: Stories from the Border (Agora) Books), edited by Gabino Iglesias.

Lisa Jewell Has Written 19 Novels In 25 Years. Here Are Her Favorites. 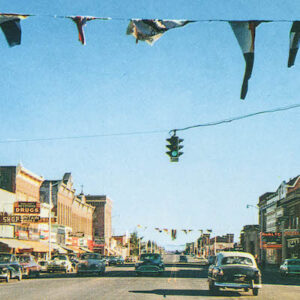 Throughout many, many drafts of The Neighbor’s Secret, I rethought or rewrote almost all of the novel’s elements—the...
© LitHub
Back to top