Learning to Love the Unreliable Narrator

Reliable narrators are a myth—it's time we do away with them.

I’ve always been in love with the unreliable narrator. When you’re reading, there’s nothing like the shiver that runs across the back of your neck when you realize, nothing is as it seemed. The first time I consciously realized I was reading an unreliable narrator was when I managed to take a tiny step back from Humbert Humbert’s seductively beautiful voice in Vladimir Nabokov’s Lolita to realize that he was describing his sexual relationship with a 12 year old girl. I was shocked and disgusted­—with myself—which was a remarkable achievement on the part of the author. Nabokov had caused the reader to participate in Humbert Humbert’s obsession and thereby raised questions like: can we forgive someone with atrocious conduct covered by a stunning verbal façade? To what extent is the reader complicit?

I realized that other books I’d read, like Rebecca by Daphne du Maurier, had also featured unreliable narrators. In Rebecca, the young naïve narrator does not intend to be unreliable but because she is misled about her marriage and blind to the true fate of her predecessor, she misunderstands everything at the heart of her relationship with her husband and we, the reader, are deceived alongside her.

I remember I was alone, reading deep into the night, when I reached the critical twist in Margaret Atwood’s Alias Grace, and I don’t mind telling you that it completely freaked me out. The story is about a gentle servant named Grace who is accused of a double murder. We listen to Grace, who clearly tells us that she is editing her version of what happened, so we are alert to her ambiguous relationship with the truth, whether conscious or not. Despite that warning, I was so spooked by the final revelation that I could hardly get any sleep after that.

In more recent times, runaway bestsellers like Gillian Flynn’s Gone Girl utilize the unreliable narrator as well to great advantage. We hear the story of a marriage from first the perspective of the husband, Nick, who becomes increasingly tarnished in the telling, but then we are stunned to read his wife Amy’s version of events. As a writer myself, I think a lot about structure and plot progression, which means I’m a person who usually figures out the endings of books and films fast, often too quickly for my own pleasure. I’m delighted when someone succeeds in fooling me, usually through an unreliable narrator, so that the suspense lasts until the end.

While I loved reading unreliable narrators, my own narrators in my first two novels were fairly solid, reliable types. I’m fascinated with immigrant stories, with culture and language, and I enjoyed writing coming-of-age books about young immigrant women struggling to survive in a new environment, the United States. Kimberly Chang, the heroine of my debut novel, Girl in Translation, was only unreliable in the sense of not revealing the full truth to us because when she didn’t fully understand English, neither did the reader.

However, then my beloved brother disappeared after a plane accident and I wanted to write about it. As I was structuring that novel, which became Searching for Sylvie Lee, I was also thinking about how hard it is for us to truly know another person, especially the ones we love most. As a first generation Chinese immigrant myself, I’m well aware of how children and parents within the same family can be divided from each other, by culture and language. Many times, the children learn English faster than the parents and adapt English as their dominant language. The parents are left behind to wonder what their children are chatting about on the phone. Meanwhile, the children can’t fully understand their parents anymore either because they are only borderline competent in their parents’ mother tongue. This is on top of the issues that arise when immigrant parents raise their children in a culture that is often very different from the one they themselves knew.

It became clear to me that Searching for Sylvie Lee was a mystery. I considered who would be my narrator. I’d never used multiple narrators in the past because I love identifying closely with a character and I find it so jarring when I’m jerked away from one situation and tossed into another. I hate it when someone’s about to kiss their crush and then suddenly, we’re with the best friend who’s dangling off a cliff somewhere. I felt like a narrator change dissipated the emotional energy that the reader had invested in a particular situation.

But then I read Paula Hawkin’s The Girl on the Train. She uses multiple unreliable narrators to spin this fascinating tale of murder and mistrust. As a writer, I’m always reading on two levels: a part of me is enjoying the book while the other part is noting the technical virtuosity of the author. What I thought was truly brilliant about Hawkin’s psychological thriller was that she backdated the timeline of the possible victim. That allows the missing woman to speak and tell her story, unaware of her future fate, while the reader is watching the other narrators unearth clues.

I loved this solution because it means that you can have different narrators who are all illuminating the same central incident: someone’s disappearance. Instead of narrative energy being lost by shifting from scene to scene, the suspense continues to build since each narrator shines a light from a different perspective upon one mystery.

I designed Searching for Sylvie Lee so that it was told by three women, the mother and her two daughters. When the grandmother becomes deathly ill, the beautiful and successful older sister Sylvie returns to the Netherlands, where she lived for the first nine years of her life with her grandma and her cousin’s family because her parents were too poor to keep her in New York City with them. However, Sylvie disappears without a trace and it’s up to her timid younger sister Amy to pull herself together to try to find her beloved older sister.

I backdated Sylvie’s storyline by a month so that the reader experiences exactly what happened to her even as Amy flies to the Netherlands in a desperate attempt to uncover the truth. While Amy finds clues, Sylvie progresses inexorably towards her own disappearance. As the novel progresses, Amy realizes that she never fully knew the true Sylvie.

In order to illustrate how the three narrators—Amy, Sylvie and Ma—were hidden from each other, I had them each thinking in their own language. Amy, born and raised in Queens, is only fluent in English. Ma’s inner dialogue is in her native Chinese and Sylvie’s narration is in the language of her childhood, Dutch. Since they share varying degrees of fluency in different languages, none of them can truly see each other. Ma, for example, can only utter simple sentences in her broken English to Amy but when the reader reads Ma’s inner dialogue in Chinese in Ma’s chapters, the reader perceives Ma as an intelligent, profound person who is invisible to her own daughter.

Without intending to, I realized I had created three unreliable narrators. However, each character is unreliable not because she is psychotic, a liar, or a drunk, but simply because she’s human. As I developed this idea further, I started to wonder, where are the reliable narrators? In life, we are constantly choosing what to believe. We tell and retell the story of our lives to ourselves in accordance with our own internal “truth.” If our husband cheats on us and we want to stay with him, we say to ourselves, “He’s remorseful and he’s changed. Everyone can make a mistake. To forgive is divine.” But if we want to leave him, we think, “He’s always been a no-good cheater and liar. A leopard never changes its spots.”

I came to the inevitable conclusion that actually, reliable narrators only exist in novels. We all know that history is written by the victors. The very process of communication implies bias, both on the part of the speaker and the listener. The concept of authorial authority is one that we want to buy into because we wish to believe in an all-knowing force that makes everything in the fictional world comprehensible. The reliable narrator is a myth that we all choose to believe. If the author, in the guise of the reliable narrator, says they lived happily ever after, then they did.

In Searching for Sylvie Lee, the reader realizes that ultimately, we are all unreliable narrators to each other, including the people we love most. By the end of the novel, the only person with a full grasp of the entire story is the reader herself.

Jean Kwok is the New York Times and international bestselling author of Searching for Sylvia Lee, Girl in Translation and Mambo in Chinatown. Her work has been published in eighteen countries and is taught in universities, colleges, and high schools across the world. She has been selected for numerous honors, including the American Library Association Alex Award, the Chinese American Librarians Association Best Book Award and the Sunday Times EFG Short Story Award international shortlist. She received her bachelor's degree from Harvard University and earned an MFA from Columbia University. She is fluent in Chinese, Dutch, and English, and currently lives in the Netherlands. 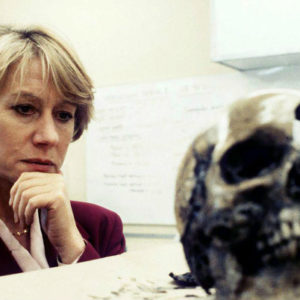 Until relatively recently, women in crime fiction were often portrayed as either the murder victim or the helpless female...
© LitHub
Back to top