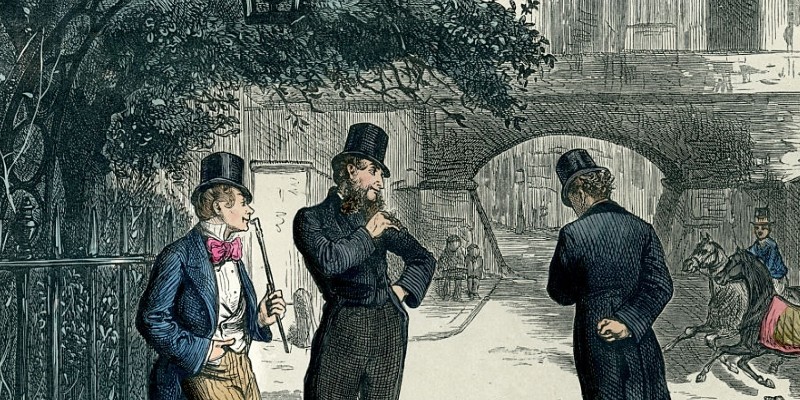 Even Shakespeare was a sucker for a dramatic courtroom showdown, rules-of-evidence be damn'd.

Some think of the legal thriller as a fairly recent American sub-genre born in 1991 with the publication of The Firm by former attorney John Grisham. Others might look a little further back to yet another former attorney, Erle Stanley Gardner, and his 1933 the publication of The Case of the Velvet Claws, the first of more than eighty novels and short stories featuring the most famous fictional attorney in American history, Perry Mason.

Both are wrong. The legal thriller, with its courtroom clash of vivid personalities, compelling facts, and moral dilemmas, has inspired playwrights and novelists for centuries.  Fictional lawyers and trials have played a significant role in literary classics since at least Geoffrey Chaucer’s 14th century masterpiece, The Canterbury Tales, whose cast of pilgrims includes the Man of Law. Others might point further back to the trial of Socrates in 399 B.C.E.

And while my favorite legal thriller is of far more recent vintage—namely Presumed Innocent by my fellow trial attorney Scott Turow—I’ve picked my 3 favorite literary classics that use the courtroom as their dramatic engine. The lesson in all of three is a similarly grim one: a courtroom is no place to seek justice, redemption, or satisfactory closure. We readers watch from the courtroom gallery as the legal system grinds out injustice in the name of the law. To borrow Ambrose Bierce’s definition from The Devil’s Dictionary (1911): “Litigation: A machine which you go into as a pig and come out of as a sausage.” 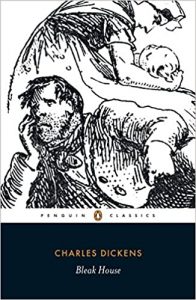 Bleak House is one of the greatest novels by one of the giants of English literature. It is also, in the words of one legal scholar, “the ultimate indictment of law, lawyers, and the legal system in the English language.”

The engine of this novel is a massive trusts-and-estates case that has been slogging through the Court of Chancery for decades. In a novel filled with wonderfully Dickensian names—the money-grubbing attorney Vholes, the arrogant baronet Sir Dedlock, the sleazy loan shark Smallweed—it is fitting that the lawsuit’s name sounds more like a double dose of symptoms from a liver ailment: Jarndyce and Jarndyce.

The essence of what Dickens has to say about justice and the legal system is captured in the novel’s extraordinary first chapter—which, in my view, is the most vivid opening chapter in all of English literature. It starts with the equivalent of a Hollywood tracking shot through the streets of London on a cold and muddy November morning: “As much mud in the streets, as if the waters had but newly retired from the face of the earth, and it would not be wonderful to meet a Megalosaurus, forty feet long or so, waddling like an elephantine lizard up Holborn Hill.” The sky is overcast, the city shrouded in fog, as we approach the Court of Chancery:

The raw afternoon is rawest, and the dense fog is densest, and the muddy streets are muddiest, near that leaden-headed old obstruction, appropriate ornament for the threshold of a leaden-headed old corporation: Temple Bar. And hard by Temple Bar, in Lincoln’s Inn Hall, at the very heart of the fog, sits the Lord High Chancellor in his High Court of Chancery.

Dickens then introduces us to the proceedings underway.  He captures that lawsuit, every bit as foggy and dangerous as London itself, in one magical paragraph, which begins:

This scarecrow of a suit has, in course of time, become so complicated, that no man alive knows what it means. The parties to it understand it least; but it has been observed that no two Chancery lawyers can talk about it for five minutes, without coming to a total disagreement as to all the premises. Innumerable children have been born into the cause; innumerable young people have married into it; innumerable old people have died out of it.  Scores of persons have deliriously found themselves made parties in Jarndyce and Jarndyce, without knowing how or why; whole families have inherited legendary hatreds with the suit.

Finish reading that paragraph, and the rest of that enthralling first chapter, and you will be hooked. Enjoy! 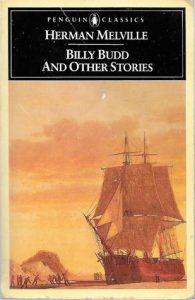 The manuscript for this remarkable novella was discovered among Herman Melville’s papers after his death. Finally published three decades later in 1924, it’s now recognized as a masterpiece, second only to Moby Dick among Melville’s works.

The pretrial plot is fairly straightforward: Set in 1797, the British Navy has been rocked by two mutinies. Billy Budd, a guileless young seaman, is impressed into duty by a warship in need of sailors as the Royal Navy struggles to confront Napoleon’s navy. The cheerful, innocent Billy, an orphan, is soon the favorite of the crew on his new ship. His only flaw: He stutters severely when under distress.

The malevolent master-at-arms, John Claggert, develops a hatred of young Billy, perhaps based on jealousy, and eventually accuses him of conspiring to mutiny—a profoundly serious charge in the aftermath of the other two mutinies. The ship’s decent and honorable captain, Edward Fairfax Vere, summons both men to his cabin, where he has Claggert repeat his false charge. Billy is literally rendered speechless—so upset that he is unable to respond to the accusation. The Captain, knowing the charge is false, tries to soothe him, but Billy, unable to speak, punches Claggert, who drops to the deck and dies.

Believing the law and the concern over the prior mutinies leaves him no choice, Captain Vere reluctantly convenes a drumhead court, i.e., a court martial held aboard a ship at sea. The trial, the jury deliberations, and the aftermath are among the most powerful and poignant scenes in all of Melville’s writings. Spoiler alert: the epilogue may make you misty-eyed as you read the words of the ballad sung by sailors around the world in memory of poor Billy. 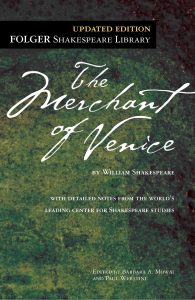 The Merchant of Venice by William Shakespeare

The trial in Act IV of The Merchant of Venice has long been recognized as one of the most dramatic scenes in all of Shakespeare. It takes place in the Court of the Duke of Venice, where Shylock comes seeking to enforce a promissory note signed by Antonio, the merchant of the play’s title. That note contains the infamous bond provision: If Antonio defaults, Shylock is entitled to the security pledged, namely, a pound of Antonio’s flesh. While that bond may seem absurdly grotesque outside the context of the play, by the time Shylock arrives in court he is by far the most complex and compelling character in the play, and the enforcement he demands makes sense within the play’s version of Venice.

Indeed, earlier in the play, when it appears that Antonio may default, one of Antonio’s friends asks Shylock why he would ever enforce such a bond. What is a pound of Antonio’s flesh good for? His answer, one of the most famous passages in all of Shakespeare, is “revenge”—revenge for the ways Antonio has abused him because of his religion:

Hath not a Jew eyes? Hath not a Jew hands, organs, dimensions, senses, affections, passions? Fed with the same food, hurt with the same weapons, subject to the same diseases, healed by the same means, warmed and cooled by the same winter and summer as a Christian is? If you prick us, do we not bleed? If you tickle us, do we not laugh? If you poison us, do we not die? And if you wrong us, shall we not revenge? If we are like you in the rest, we will resemble you in that. If a Jew wrong a Christian, what is his humility? Revenge. If a Christian wrong a Jew, what should his sufferance be by Christian example? Why, revenge!

The great Shakespeare critic William Hazlett describes the courtroom scene in Act IV as “a masterpiece of dramatic skill,” explaining that “the legal acuteness, the passionate declamations, the sound maxims of jurisprudence, the wit and irony interspersed in it, the fluctuations of hope and fear in the different persons, and the completeness and suddenness of the catastrophe, cannot be surpassed.”

Enjoy—in the original written version or in the most recent movie version staring Al Pacino. 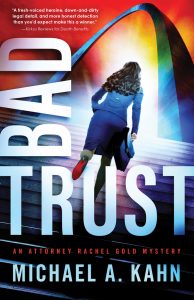 Michael Kahn is a trial lawyer by day and an author at night. He wrote his first novel, Grave Designs, on a challenge from his wife Margi, who got tired of listening to the same answer whenever she asked him about a book he was reading. "Not bad," he would say, "but I could write a better book than that." "Then write one," she finally said, "or please shut up." So he shut up-no easy task for an attorney-and then he wrote one. Kahn is the award-winning author of: eleven Rachel Gold novels; three standalone novels: Played!, The Sirena Quest, and, under the pen name Michael Baron, The Mourning Sexton, and several short stories. In addition to his day job as a trial lawyer, he is an adjunct professor of law at Washington University in St. Louis, where he teaches a class on censorship and free expression. Married to his high school sweetheart, he is the father of five and the grandfather of, so far, seven. His latest novel is Bad Trust, now available from Poisoned Pen Press. 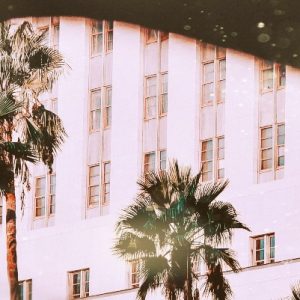 There’s no disputing that crime fiction is a beloved genre, but trying to measure its appeal can be a difficult project....
© LitHub
Back to top