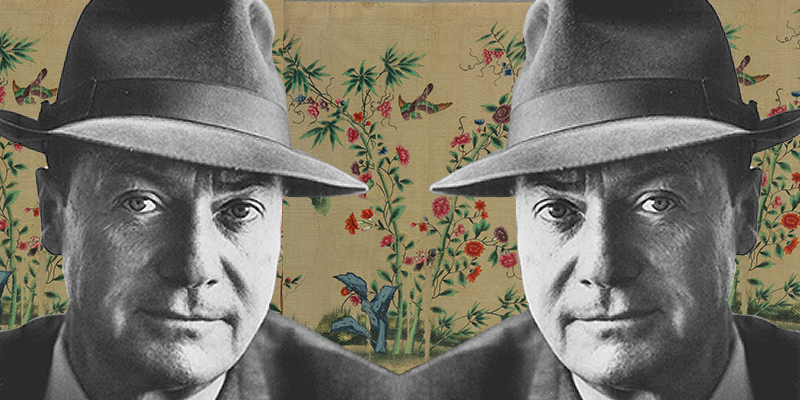 Life According to Ross Macdonald

It took a while for Kenneth Millar to figure out where he belonged. Born on December 13, 1915 in Los Gatos, California, he was raised mostly in Canada, then went off to war and came back to the States, to Michigan, where he got a PhD in literature. Fiction was his future, but he had a hard time getting started, not least of all settling on a name. At first he published under his own, but he was outshone by his wife, the celebrated and successful novelist, Margaret Millar, and decided to adopt a pen name to help distinguish himself. He went with John Macdonald, but that, as it turned out, was already taken by another writer, also on his way to becoming a crime fiction legend, so then he went with John Ross Macdonald, but that was still too close. Finally he found his name, the one with which he’d go about changing the course of mystery fiction and helping to define the postwar American aesthetic as surely as any writer before or since: Ross Macdonald.

Macdonald and Millar ultimately settled in Santa Barbara, California, the same seaside enclave he would immortalize as Santa Teresa, a fictional city where the money is old, the country clubs are discreet, and families are always rising and falling in the good old American way. That’s where Macdonald’s iconic private eye, Lew Archer, plies his trade. Archer is an homage to the classic PIs who came before him, taking pieces of Sam Spade (as well as Spade’s partner’s name) and Philip Marlowe (Macdonald famously said that Chandler wrote “like a slumming angel”) and adding his own inimitable sensitivity, always drawn to the darkest corners of human psychology and rooting out the secrets that most people would prefer never see the light of day. Archer was an effective PI, but not a brute or even a hard man like so many of his predecessors. He had a tenderness about him—one that was vulnerable to many of the cliches of the era and of the culture, but ultimately revealed a kindness and a longing that cut against many of the noir and crime fiction stereotypes.

Macdonald managed to create an icon of suspense without ever sacrificing the quality of his prose. On the contrary, the clean beauty of the observations and the insights—Macdonald’s own and Archer’s, too—were necessary elements to solving the mystery and simultaneously reflected the work of a refined, soulful writer.

To mark Macdonald’s birthday, we decided to gather a collection of some of his finest lines. Take these as an introduction to a great author, a refresher from a beloved series, a bit of fun, or a guide to life, if you’re feeling salty. However you use them, do yourself a favor and pick up a few Ross Macdonald novels over the holidays.

Life According to the Fiction of Ross Macdonald

Justice, of a Kind

“I have a secret passion for mercy. But justice is what keeps happening to people.”
― The Goodbye Look

“I used to think the world was divided into good people and bad people, that you could pin responsibility for evil on certain definite people and punish the guilty. I’m still going through the motions.”
― The Moving Target

The Joys of Family Life

“There are certain families whose members should all live in different towns—different states, if possible—and write each other letters once a year.”
— The Blue Hammer

“When there’s trouble in a family, it tends to show up in the weakest member. And all the other members of the family know that. They make allowances for the one in trouble… because they know they’re implicated themselves.”
— Sleeping Beauty

“My free hand reached for something to hold on to, and closed on liquid nothing.”
― The Drowning Pool

“In wine was truth, perhaps, but in whisky, the way Hoffman sluiced it down, was an army of imaginary rats climbing your legs.”
― The Chill

“A taste of whiskey had changed her mood, as a touch of acid will change the color of blue litmus paper.”
― The Barbarous Coast

“I knew how it was with drunks. They ran out of generosity, even for themselves.”
— The Sleeping Beauty

Some Thoughts on California

“There was nothing wrong with Southern California that a rise in the ocean level wouldn’t cure.”
― The Drowning Pool

“If California is a state of mind, Hollywood is where you take its temperature. There is a peculiar sense in which this city existing mainly on film and tape is our national capital, alas, and not just the capital of California. It’s the place where our children learn how and what to dream and where everything happens just before, or just after, it happens to us.”
― Archer in Hollywood

“It was a Friday night. I was tooling home from the Mexican border in a light blue convertible and a dark blue mood.”
— “Gone Girl”

“Some men spend their lives looking for ways to punish themselves for having been born.”
― The Chill

“Never sleep with anyone whose troubles are worse than your own.”
― Black Money

“She was trouble looking for somebody to happen to.”
― The Wycherly Woman“

“There was some kind of passion between them. It gave off a faint wrong smoky odor, like something burning where it shouldn’t be, arson committed by children playing with matches.”
— The Instant Enemy

“We merged our lonelinesses once again, in something less than love but sweeter than self. I didn’t get home to West Los Angeles after all.”
― The Goodbye Look

“As a man gets older, if he knows what is good for him,, the women he likes are getting older too. The trouble is that most of them are married.”
— The Zebra-Striped Hearse

Things That Remind You of Death

“When I stepped out of my car the night shot up like a tree and branched wide into blossoming masses of stars. Under their far cold lights I felt weak and little. If a fruit fly lived for one day instead of two, it hardly seemed to matter. Except to another fruit fly.”
― The Way Some People Die

“The smile that folded the puffed eyelids and creased the sagging cheeks was fixed and forced. I’d seen such smiles in mortuaries on the false face of death. It reminded me that I was going to grow old and die.”
― The Moving Target

“The tea tasted like a clear dark dripping from the past. My grandmother came back with it, in crisp black funeral silks.”
― The Way Some People Die

“She walked as if she owned the world, or had owned it once and lost it but remembered how it felt.”
― The Doomsters

“A woman of about sixty answered the door. She had blue-white hair and a look on her face you don’t see too often any more, the look of a woman who hasn’t been disappointed: ‘Yes,”
― The Galton Case

“His eyes held the confident vacancy that comes from the exercise of other people’s power.”
― The Doomsters

“The Galton household had hot and cold running money piped in from an inexhaustible reservoir. But money was never free. Like any other commodity, it had to be paid for.”
― The Galton Case

“’What did the old man want?’ ‘Your husband’s money, just like everyone else.’ ‘But not you, eh?’ Her voice was sardonic. ‘Not me,’ I said. ‘Money costs too much.'”
—The Goodbye Look

“’There’s a contradiction in your thinking,’ I said. ‘If I took your dirty money, you wouldn’t be able to trust my honesty.'”
— The Drowning Pool

“The smell of the sea, of kelp and fish and bitter moving water, rose stronger in my nostrils. It flooded my consciousness like an ancestral memory. The swells rose sluggishly and fell away, casting up dismal gleams between the boards of the pier. And the whole pier rose and fell in stiff and creaking mimicry, dancing its long slow dance of dissolution. I reached the end and saw no one, heard nothing but my footsteps and the creak of the beams, the slap of waves on the pilings. It was a fifteen-foot drop to the dim water. The nearest land ahead of me was Hawaii.”
― The Drowning Pool

“I took the conch shell and set it to my ear. Its susurrus sounded less like the sea than the labored breathing of a tiring runner. No doubt I heard what I was listening for.”
― The Doomsters 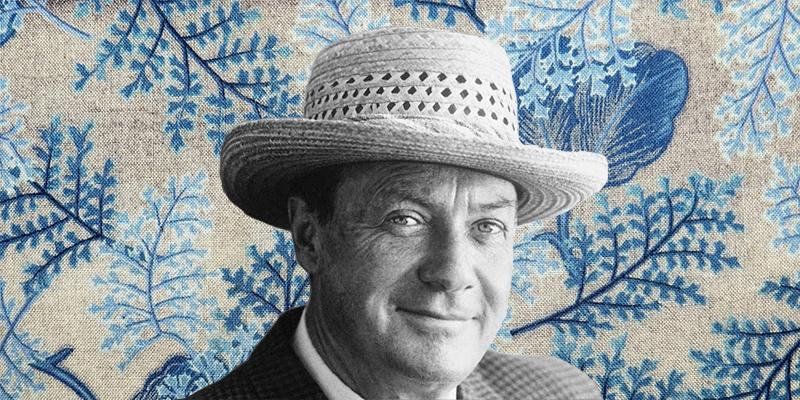 The Evolution of Ross Macdonald: A Family Crisis and Three Novels That Changed the Course of Crime Fiction
by Bruce Riordan (CrimeReads, Aug. 24, 2018)

The Best Crime and Mystery Debuts of 2018 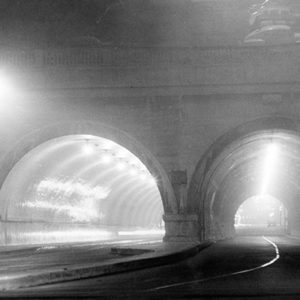 History is a crime novelist's best friend—it's said that time heals all wounds, yet the scars are just underneath the surface,...
© LitHub
Back to top