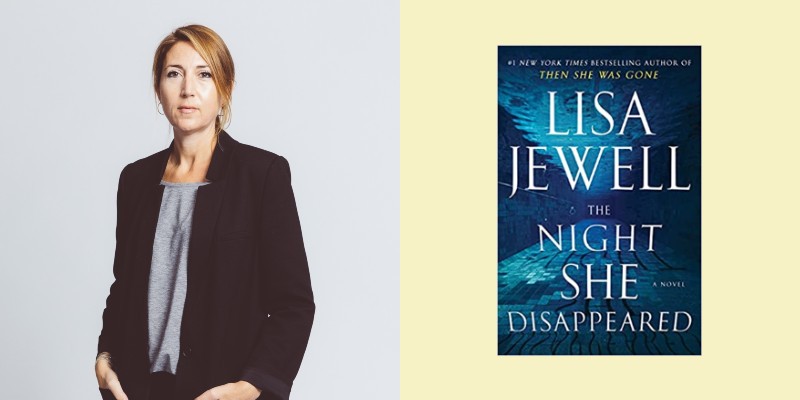 Over the course of her more than 20-year career—her debut novel, Ralph’s Party, came out in 1999—Lisa Jewell famously transitioned from rom-coms to psychological thrillers. But what really marks her as a writer is her non-plotting, open-ended approach: she’s a perpetual writer-explorer, taking readers along for hair-raising, heart-stopping rides. Her latest novel, The Night She Disappeared, begins with the mysterious vanishing of a young couple, Tallulah and Zach, after a gathering at the home of Scarlett, a local rich girl. Tallulah’s mother, Kim, does what she can to keep the police case active, but the suspense-laden fireworks really kick off when, a year later, new headmaster Shaun arrives at a nearby boarding school along with his girlfriend, Sophie.

Lisa and I spoke via Skype on a day when my region of the US was suffering from drought, and her home city of London was experiencing what she termed “biblical downpours.” Our conversation has been condensed and edited.

Daneet Steffens: You usually have a specific starting point with your books, a person or a place that fires your imagination. Was there a particular inspiration for The Night She Disappeared?

DS: When I read the book, I thought maybe the jumping-off point was a house that inspired Dark Place, Scarlett’s home. That building takes on such a powerful and imposing character of its own.

LJ: I spent so much time envisaging the boarding school; I had this strong visual image of this handsome, amazing, historical building. So it was bit of a shock to me when I suddenly found myself creating another much more beautiful, much more interesting, much more historical, much more aspirational fantasy kind of building, which completely overshadowed my beautiful boarding school. But that building, Dark Place, was entirely made up: I loved the idea of this house that had been there in one form or another since the 1600s, had all this history, yet was still suitable for the lifestyle of a very upper-middle-class modern family. I wanted to understand this house and how it came to be, so I wrote this scene where Kim and her son, Ryan, are walking towards the house and I had Ryan googling the house which immediately gave me the excuse to write its history. I loved that in the fictional history of this house, this couple came in in the 1700s and outraged all the villagers by adding a modern extension of early Georgian architecture that nobody had ever seen before; they were the equivalent of a pair of hipsters coming from the city and modernizing an old building today.

DS: There’s an ever-present sense of menace and tension in the book, not just related to mysterious disappearances or brooding buildings, but because there are multiple relationships that include controlling partners as well as controlling parents. Was that aspect partly drawn from your experience?

LJ: Certainly the coercive relationship that’s growing between Tallulah and Zach is. When I write, I haven’t really made any decisions until I’m in the process of writing the words on the page. Originally, Tallulah was going to be a single mother with an ex-boyfriend in the background, but Zach kept forcing himself onto the page. Eventually I thought, “Okay, he clearly needs to be in the story for whatever reason, so it isn’t just going to be Tallulah who goes missing.” And once he was there I thought, “Well, I need to do something with him.” And it just seemed natural to me: I had been in a marriage where I was coercively controlled by my husband so I have lived that experience and it is something that I keep coming back to—I’m doing it again in the book that I’m writing at the moment, the sequel to The Family Upstairs. I don’t think it’s something you can revisit too often: I think it’s endlessly fascinating that intelligent, strong, independent women allow themselves time after time after time to be dragged down into these awful relationships; the psychology behind it is endlessly fascinating. So when I found that creeping into Zach and Tallulah’s relationship, I just let it do its thing. I had no idea when I started whether he was going to hit her, whether he was going to become physically abusive—I didn’t know. I just thought, “Well, let’s just see how they get on and how far he pushes it.”

DS: Tallulah’s really well rendered, clearly and with empathy, this young mother who is not quite mature herself yet. Is she based on a specific person?

LJ: Not really. As I get further into my career, I’m aware that I’m revisiting things that I’ve visited before. I’ve done missing teenage girls before, so I wanted to give this a different dimension. I’d never done a teenage mother, so I decided to give Tallulah a baby and see what that did to the story arc and her character development. I really enjoyed writing about her love for her baby, how she thinks about him when she’s doing things because she knows she should be bettering herself and giving herself all the chances in the world to succeed and be the person that she should be. That sometimes means that she’s not with her son at that moment, but he’s always in her heart and in her mind, whatever she’s doing.

Scarlett, on the other hand, always looked in my head like a young Stella Tennant when she had short hair and looked slightly edgy and punky. It wasn’t until I got quite a long way into writing Scarlett that I realized that I’d based her character on a girl that my daughter was at school with. This girl wasn’t controlling in any sort of obvious way, she didn’t boss people around or make people follow her around, they just chose to. I’d been writing Scarlett this whole time with this girl in the back of my mind without even realizing it.

DS: Sophie writes mysteries featuring a pair of detectives: “When she’s writing, her brain comes up with mysteries and Susie and Tiger have to solve them for her….”  Is that how it works for you? Is Sophie solving the mystery for you?

LJ: Yes! Somebody has to be my detective in every novel because I don’t do police procedurals. I always have to find the character who’s going to be the one and interestingly, with Sophie, I started writing it differently. This book was going to be the point of view of Kim, Tallulah, and Shaun, but I wrote his chapter and thought, “I’m not interested in you, you’re going to be too busy running this school. No, your girlfriend—she’s the one.” I didn’t know who she was at this point—I just knew he had a girlfriend called Sophie—but I worked out that she was younger than him and that she had left London to be with him. But then I thought, “Um, what’s your job? What is it you do so that you’re able to just up sticks and leave London and work from a desk from a cottage in the middle of the countryside?” I went through all these ideas, start-ups and other online options, and then I thought, “Hold on, hold on—she could be a novelist!” And then it seemed obvious that if she was going to be my mystery solver that she should be a detective novelist.

DS: You’ve often talked about your approach to writing—no plotting, no Post-its; you let the characters show you their way; and you carve out time for social media. You’ve conquered the business of being a bestselling writer. Where does the joy of writing come into it?

But writing is something that I’ve only just in the last few books started to get any pleasure out of, and that is purely because I’ve got better at it. I’ve made so many mistakes, learned from those mistakes, and I can smell those mistakes coming a mile off now: I can smell when I’m about to write myself into a corner or go off on the wrong tangent; I can tell when I’m about to do something that means I’m going to have to delete 10,000 words at some point. And I just stop and I refocus, pull myself back and think, “Right. What is this actually about? Remember which direction you’re trying to head in with this.” Which means that I spend a lot less time panicking and being chaotic and thinking, “This isn’t working—this isn’t working! What a disaster!” and much more time sitting at my computer, putting things on the screen that I feel pretty certain that, even if I don’t know what they’re doing there at that moment in time, will make their function and purpose known at some point. Then it’s all just a big jigsaw puzzle that I’m putting together day by day, direct from my head onto the screen, and it’s actually fun. And I often feel that I might be enjoying the writing of the mystery as much as the reader is enjoying the reading of the mystery because we’re kind of in a similar zone, a similar space to each other, because I don’t plan anything. I do think that I’m learning my craft and I’m getting better at it, and that’s really nice. And you’d like to think that after 22 years you would be better at it, wouldn’t you?

McIlvanney and Me: Ian Rankin Remembers the Man Who Created Tartan Noir 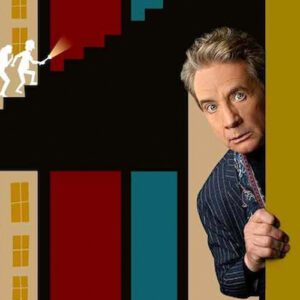 In Alfred Hitchcock's Rear Window, the identity of the potential murderer in the apartment complex is never ambiguous. Confined...
© LitHub
Back to top