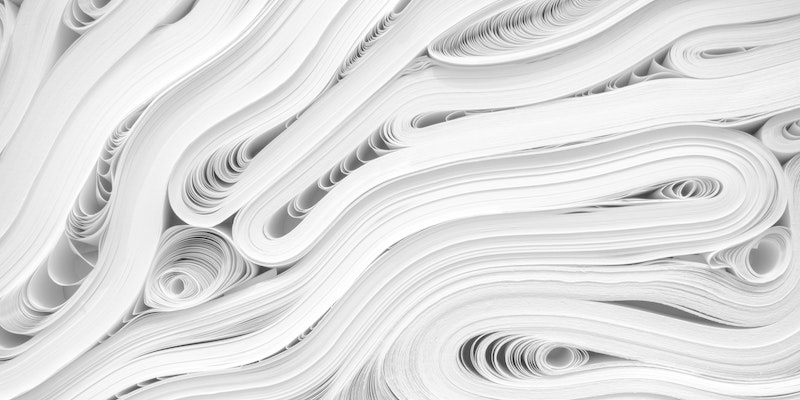 From gothic literature to modern horror, books-within-books are the perfect means for delivering slow reveals.

One of the most important aspects of writing fiction is knowing when to communicate which pieces of information with the reader or audience. Suspense of any kind is created by selective ignorance—the author’s job is to dole out each parcel of knowledge in a way and a time that will be satisfying. And then there’s the dynamic between the reader and the protagonist— should they learn each new thing at the same time, or is there a dance to be done with the reveal, with one sometimes a few steps ahead of the other?

Found text is its own specific dance, with the limitations drawn tight around writing that exists in the fiction you’re creating.

There are plenty of examples, of course, notably House of Leaves, Pale Fire, The White Tiger. There are endless epistolary and diary novels, but the format becomes really exciting in what it allows us to reveal and, more importantly, conceal.

Having written a fictional autobiography (which itself is framed through annotation as a found manuscript of questionable veracity) we found it interesting to look at what examples of this form have stuck out to us, and why.

There is of course Susanna Clarke’s masterwork, Jonathan Strange & Mr Norrell, which would read as a simple third person novel were it not for the footnotes that place it in a real history. As well as serving to give us a more detailed context for the story, they also make us think about who’s telling it, and why.

Or Agatha Christie, who often uses first person narration from a supporting character, usually Hastings, and uses that format to flip things on us in The Murder of Roger Ackroyd, which takes the form of a manuscript written for a specific person.

Their Brilliant Careers by Ryan O’Neill is a novel told in the form of brief biographies of fictional authors, with tidbits of intrigue sprinkled through each life story.

Found text is a hallmark of gothic literature, as well—with protagonists uncovering mysteries bound up in strange manuscripts found in large, dark cabinets. Charles Maturin’s Melmoth the Wanderer contains multiple records of the eponymous spectre, collected from throughout history, and Sarah Perry’s modern reworking, simply called Melmoth, continues the tradition. Her work has the effect of making the reader feel as though the novel itself is one more link in the chain, that they are the most recent person to discover the legend. As you turn the final page you almost feel Melmoth herself standing behind you, just out of sight.

Choosing found text, aside from affecting the reader, can impact the very characters you’re writing about. In The Imaginary Lives of James Pōneke, Tina Makereti uses it to reveal a little more about her protagonist’s personality. He is writing out his stories on the suggestion of a friend. He cannot stop telling them to people, and they’re getting overwhelmed.

Night Film by Marisha Pessl uses its found text like a journalist with 15 tabs open on Google Chrome.

Night Film by Marisha Pessl uses its found text like a journalist with 15 tabs open on Google Chrome. Or perhaps like a detective with articles and photos pinned to a wall, all connected by colored string. The puzzle at the center of this horror thriller requires a lot of background information. And one could argue that it doesn’t need the clips of news articles, the website screen grabs, the photocopied letters. And no, you don’t need all of those elements to understand the plot or the surprising reveals that come through in the narrative. But what you get by experiencing these components is an immersion into this world. Who reads books just to get the story? You could just catch the wikipedia entry and save yourself several hours if that’s all you need. We read books because of the storytelling experience. And Pessl not only unravels a gripping mystery but lets you, the reader, feel a part of it.

Similarly, One Last Stop by Casey McQuiston peppers in news reports and sightings, with the reader being given scraps of information at a different time to the protagonist, allowing them to speculate about the mystery before the protagonist even knows there is one.

The Last Samurai by Helen DeWitt is a mostly straightforward narrative about a single mother (Sibylla) and 6-year-old son (Ludo) who cannot learn enough. He devours Kurosawa’s film The Seven Samurai over and over. (This is where the title comes from.) He learns Greek. He reads Aristotle and Homer. Studies Japanese kanji. Listens to Liberace. Rather than just tell us what the boy learns, DeWitt shows us. As Sibylla shows Ludo the greek alphabet, word pronunciations, and even verb conjugations, we the readers feel like WE know Greek. There are passages from academic journals and magazines. Segments of literary critique of the Odyssey and dialogue passages from The Seven Samurai. The found texts are so immersive, that the reader senses their own expertise growing. But the point is not to teach the reader anything. The point is for the reader to fully sympathize with the voracious (and eager) intellectual appetite of a child prodigy.

There are loads of epistolary novels, of course, they’re a staple of the genre. But if you’re going to talk about one, This is How You Lose the Time War by Amal El-Mohtar & Max Gladstone is an exceptional example. Not only because it’s an exquisite high-scifi, time travel love story, where letters are left in the entrails of the dead, or in the leaves of a tree, but because the letters (their very existence, more than just being the means by which the story is told) are the driving force behind the narrative. They are a secret communication between people who, if they are discovered, may not survive. And someone else is trying to read them.

Finally, one of our favorite satires from recent years, Dear Committee Members by Julie Schumacher builds a standard epistolary novel, but through academic emails. All of these emails are from the same self-unaware man. So instead of a he-said/she-said dynamic that fills in most of the gaps, our entitled professorial narrator Jason Fitger writes every word. We only get his point of view here, which puts the onus on the reader to piece together the plot narrative, and (more importantly) the moral assessment of this man. Underneath it all is a sharp critique of late Millennial struggles in a depleted job market.

Found text within the course of a novel is a kind of secret, a sharing of knowledge in a way that is immersive for and inclusive of the reader. It’s not just information important to the plot, but an intimacy with the audience themselves. It has the effect of placing the reader in the fiction itself—if this text exists in the world in which it is set, then so too, do we. 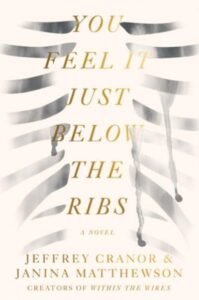 Jeffrey Cranor cowrites the Welcome to Night Vale and Within the Wires podcasts. He also cocreates theater and dance pieces with choreographer/wife Jillian Sweeney. They live in New York. Janina Matthewson is the author of the novel Of Things Gone Astray and the novella The Understanding of Women. She cowrites Within the Wires, and has also written for Murmurs, The Cipher, and Passenger List. Originally from New Zealand, she now lives in London.

The Best Espionage Thrillers, According to U.S. Ambassador and Novelist Philip Kaplan 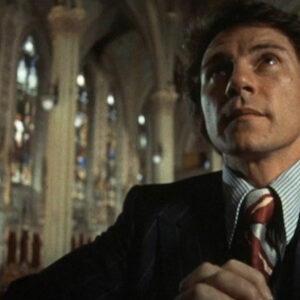 Questions of faith are a universal part of the human experience. Why am I here? What does my life mean? Is there a God and if so, what...
© LitHub
Back to top