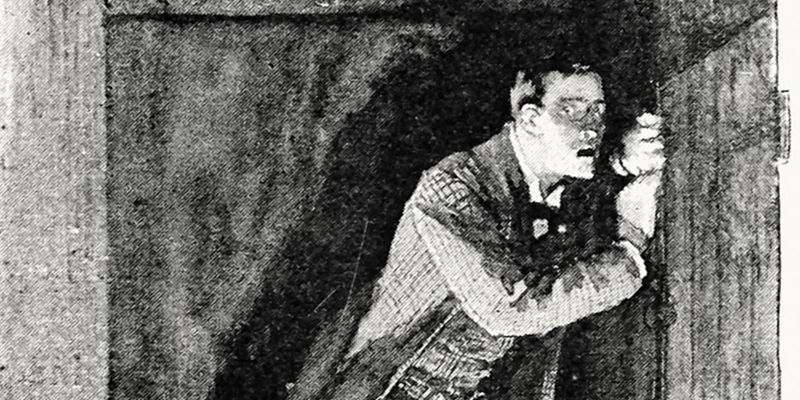 Olivia Rutigliano close-reads one of the strangest Holmes stories

I reread “The Adventure of the Engineer’s Thumb,” the ninth of the twelve stories that comprise The Adventures of Sherlock Holmes (1892), so that I might deliver a toast at a recent meeting of The Three Garridebs, the Sherlock Holmes society and scion group of the Baker Street Irregulars, where I was a guest. The toast was way too long, perhaps because the story is so strange and fascinating, and I found myself cutting parts out of it as I was delivering it, excising whole paragraphs on the spot as I glanced repeatedly at the the clock.

The story goes like this: Watson is woken up in the early morning with an emergency medical request, to treat a man who has just been seriously injured in a mysterious accident. The man is a young hydraulic engineer named Victor Hatherley, and as Watson treats him, he tells him a bit about what has happened before Watson brings him to Holmes. Apparently, Hatherley had been approached by a man, a gaunt and imposing figure named Colonel Lysander Stark, and offered 50 guineas to travel to the countryside near Reading to help fix a hydraulic press that is being used to compress a clay material known as Fuller’s Earth into bricks. Hatherley agrees and takes the train out to the appointed place, where he is picked up by Stark in a carriage with opaque windows and driven a long distance to the press’s location: inside an old farmhouse.

When Hatherley inspects the press when he notices some metallic debris on the floor and confronts Stark about what he’s really up to. But then Stark tries to kill him, turning the press on to crush Hatherley. Hatherley ends up finding an old door in one of the walls inside the chamber (remember, the press has been built into the house) and climbs out a window. It’s on the second story, and as he dangles there, Stark appears with a giant meat cleaver, and chops off his thumb, causing Hatherley to drop two stories. He faints (logically) and wakes up a few hours later to discover he’s by the train station. On his train back to London, he asks for medical attention and is directed to call upon Watson when he arrives.

Hatherley recounts this to Holmes, who suggests they all take a trip to the station where Hatherley was picked up. Holmes is able to find the farmhouse (he deduces that it’s right by the station and that Stark’s long carriage ride was merely a sham to prevent Hatherly from finding it again), but when they arrive, it is on fire. Holmes claims that Stark is part of a counterfeiting ring, but no one is caught and nothing is certain.

Perusing various critical editions and scholarly annotations reminded me of the numerous ways the story is anomalous. Watson says at the very beginning that it is only one of two cases that he ever brought to Holmes, the other being the case of “Colonel Warburton’s madness,” details of which he did not record in a story, meaning we don’t know it. Watson also stumbles on Holmes’s case when he searches for a missing man in “The Man with the Twisted Lip,” but that’s not the same thing. Really, “The Adventure of the Engineer’s Thumb,” is the only case Watson ever brings to Holmes.

But it is also particularly unusual for occupational reasons. In “The Engineer’s Thumb,” people are doing the wrong jobs, at the wrong hours, in the wrong places. Watson learns about a giant hydraulic press inside a country farmhouse that can only be operated at night?

The story features just as much, if not more, of an emphasis on Watson’s medical work—cleaning and bandaging Mr. Hatherley’s hand wound early in the morning in his home—than it does of Holmes’s deductive work, which is relatively meager. Elsewhere, people don’t do the jobs they are supposed to be doing, or even what they say they are doing. Lysander Stark and company present themselves to Mr. Hatherley as mining the countryside for deposits of sandy clay when they are really manufacturing coins. And of course, there is the engineer Mr. Hatherley himself, whose freelance gig of repairing the press cannot be proven at all.

And for those who do their jobs, they do them badly. Scholar Jay Finley Christ has posited that Hatherley is actually the missing engineer Jeremiah Hayling, who had vanished a year prior—who had been in the whole scheme with the counterfeiters, injured himself and escaped during the fire, and then fabricated the entire narrative to distance himself from the rest of the gang, which would of course mean that he had completely fooled Holmes, too. It’s even been suggested by numerous scholars that Watson doesn’t even care for Hatherley’s wound correctly. He, a former army surgeon, also nearly faints at the sight of the injury.

In “The Engineer’s Thumb,” people are doing the wrong jobs, at the wrong hours, in the wrong places.

If the story is peopled with “wrong men for the job,” it also revolves around a possible “wrong man.” Hatherley frequently refers to himself as “a new man” after experiencing Watson’s care. He might be, literally. There are signs! After Hatherley’s nighttime ordeal, he shows up to Watson’s house looking very respectable—perhaps too respectable—for someone who had been imprisoned in a giant press and had undergone an accidental amputation, not to mention someone who had fainted in the dirt after escaping from a fire, mere hours before. If his shiny, presentable appearance is a telltale sign that something is amiss, Watson doesn’t notice it, and neither does Holmes

Everything is ersatz, mismatched. Nothing is what it is supposed to be like or where it is supposed to be. Thanks to the crooks, coins circulating around London aren’t real coins, a large country house isn’t actually a house anymore, but a disguise. And the titular engineer’s thumb itself, is lying somewhere in the country near Reading (or turning to ash in the fire), rather than be where it’s supposed to be: attached to his hand. In its place, Watson notes, is a “horrid, red spongy surface.” Even the man Hatherley seems to be replaced, for a moment, by a cackling madman, whose screeches upset Watson so much that he yells at him to snap out of it! Things in the story aren’t even simply misplaced, they are replaced by creepy alternate versions of themselves.

There are fleshy absences, too (without replacements), that are unsettling. When Watson first hears of Hatherley, speaking to the visibly-unsettled Paddington Guard who brings him to the doctor’s office, Watson wonders that the man must be “some strange creature which he had caged up in my room” from the way the guard is referring to him. Lysander Stark seems to inhabit a body that is “missing its flesh.” Jeremiah Hayling vanished a year before, without a trace. Hatherley, a twenty-five-year-old man who lost his father two years before, keeps calling himself “an orphan,” a term usually referring to children who have lost their guardians. There’s the mad Colonel Warburton in the beginning, whom we know nothing about. Where are all these people, and/or their body parts? What is going on? We don’t know, we will never know.

I like “the Engineer’s Thumb” because it seems to reverberate with a little eeriness. It’s a little like a David Lynch movie, maybe a Holmsian Twilight Zone episode. We don’t actually know what is going on truly, just that there are things out of place suggesting that something has happened.

At the end of the story, Hatherley asks what he has gotten out of all of this. “I have lost my thumb and I have lost a fifty-guinea fee, and what have I gained?” Holmes answers, “experience.”

What he has gained is nothing—not “nothing” as an absence, but nothing as a “presence.” The story is governed, pressurized by its lack of answers, its unidentifiable and unknowable realities. Something’s going on, in “The Adventure of the Engineer’s Thumb,” and we never actually find out if we’re right in thinking what has happened. I suppose that’s what “experience” means: that sometimes things can never be explained or known, and we’ll have to just live with that. 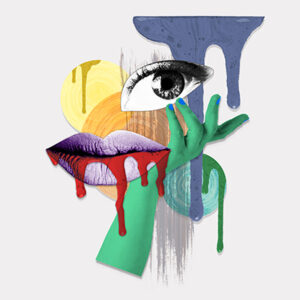 From the other, all terrors flow. Since the advent of horror as a genre, fear of the unknown—and fear of what we think...
© LitHub
Back to top