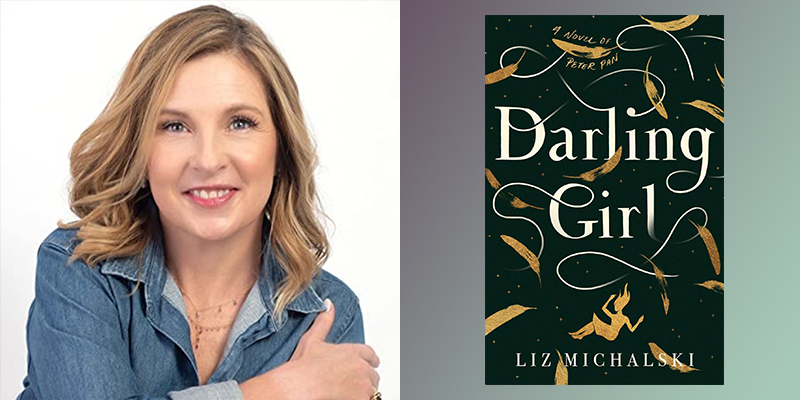 "Peter Pan’s story has been told for years — now it’s the turn of the Darling women."

I’ve been really enjoying Dark Fantasy this year—my theory as to why? As the world gets worse, magical thinking gets more potent, and as we lose faith in the future and the concept of innocence, fairy tales get more twisted. But you don’t need to be a nihilist to enjoy Liz Michalski’s Darling Girl—just a person interested unpacking the creepiness behind Peter Pan, a story about a boy kidnapping a girl and making her take care of him as his mother-wife. In Darling Girl, Holly Darling, the granddaughter of Wendy, has harnessed the power of Neverland as a youth serum for a beauty company, but the secret to the formula is her sickly daughter, the product of rape by Peter Pan. Her daughter is aging rapidly, and now has gone missing. It’s up to Holly to face her fears and finally confront Pan, with the aid of an old soldier named Christopher Cooke. Liz Michalski was kind enough to answer a few questions about the book and its fascinating themes.

Darling Girl is the creepiest take on Peter Pan I’ve ever seen. What inspired this fractured fairy tale?

Partially, Darling Girl was inspired by a dream I had where a young Wendy-looking girl was trapped in a stone tower, and partially by the very sad life of the author of Peter Pan, J.M. Barrie, whose family was devastated when his older brother David died in a tragic accident. I was fascinated by how this event shaped the rest of his life and his viewpoint on love.

Instead of the simple nostalgia for youth that infused the original Peter Pan, we find a fixation on keeping women looking young through high-end skincare in Darling Girl. What did you want to explore about our contemporary youth-obsessed culture?

As you noted, our culture is clearly obsessed with youth and beauty, but primarily for women. I thought it would be interesting to flip the ‘never grow older’ Peter Pan trope on its head and have it apply to the women in Darling Girl, and see how it impacted their relationships with each other and society.  Is ‘younger’ really better? If given the chance, would most women choose to return to some semblance of youth? And what are the consequences in a society where we fixate on physical age, rather than emotional intelligence?

In Darling Girl, Wendy Darling was merely the first of many generations of women to be visited by the perpetually youthful Pan. Is this a stand-in for generational trauma?

I was thinking more along the lines of the Me Too movement and what a struggle it has been for women to be heard. Peter Pan’s story has been told for years — now it’s the turn of the Darling women.

Christopher Cooke is delightful as a character—which came first when you were writing, the idea to have Peter Pan as a villain or Captain Cook as a (reluctant) hero?

I think of Peter Pan and Christopher Cooke as two sides of the same coin — the perpetual child, and the perpetual adult. You can’t have one without the other! That said, Peter Pan definitely came to life in the book first for me.

Darling Girl evokes the darkness, menace, and amorality of early fairy tales. What makes fairy tales such a perfect place for dark stories?

I think at their hearts, fairy tales are subliminal, remembered dreams of an earlier time. They remind us the world isn’t safe, that bad things lurk in the woods and under the bed, that we need to gather together and build the brightest fire possible to drive back the night. And even then, odds aren’t always in our favor.

What did you want to say about motherhood in this book?

That it’s joyous and lovely but also incredibly hard. That there are times that no matter what choice you make, it will be the wrong one, and the only thing you can do is the best you can. 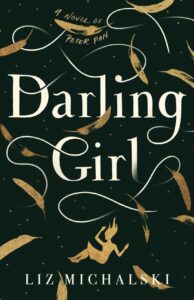 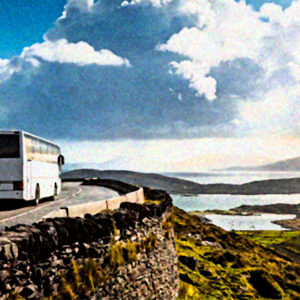 When I was in my twenties, I traveled the world as if nothing could ever go wrong. I slept in an African beach hut for six months...
© LitHub
Back to top