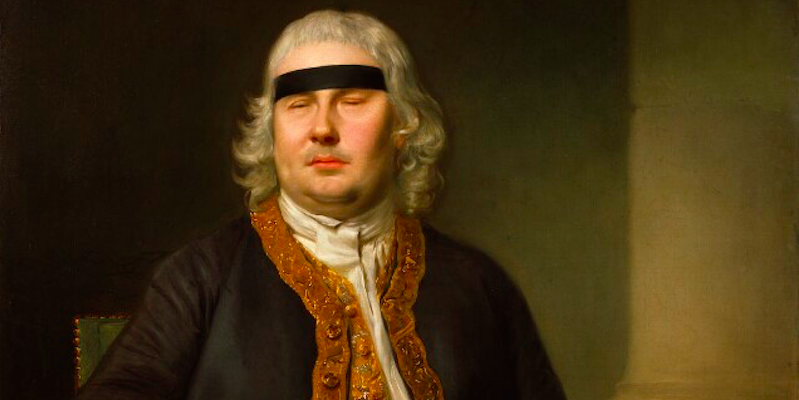 In 1749, Henry Fielding devised a plan for the Bow Street Runners, a group of men given permission to confront suspected criminals.

There was no centralized formal peacekeeping system in London until 1829, when Home Secretary Robert Peel established the London Metropolitan Police. Prior to that, in the seventeenth and eighteenth centuries, there were systems of deputized men whose purpose was to track down those who had committed crimes and bring them to court (violently, if necessary), as well as patrol major thoroughfares and poor neighborhoods. But, as scholar J.M. Beattie, a historian specializing in the history of Britain’s police, notes, problems such as highway robbery and murder, which (to London officials) necessitated the institution of a peacekeeping force, were only persistent in cities. In rural areas, groups known as “police” (a term that originated circa 1711) were much less concerned with peacekeeping and more concerned with town maintenance, which included duties such as attempting to remove persons guilty of vagrancy or vice, as much as it included tasks like cleaning streets, attempting to prevent the pollution of drinking water supplies, and sewage management.

Still, as the eighteenth century progressed, there was greater demand by London officials for a centralized peacekeeping unit. And in 1749s, one was instituted. The official who acquired the funds to create this outfit was none other than Henry Fielding, the novelist and playwright best remembered today as the author of the ribald picaresque novel Tom Jones (also published in 1749). But he began his career as a dramatist, writing inciting political satires so controversial (and often directly lampooning Prime Minister Robert Walpole) that they are said to have brought about Theatrical Licensing Act of 1737, a censorship law. Although he kept writing satires, for the stage and circulating publications alike, he was now unable to support his family as a writer. So he became a barrister, although this didn’t entirely lift the family from their straits for some time, and at several points the Fielding family would have been in financial trouble were it not for a wealthy benefactor, British postal-system reformer Ralph Allen, who would also pay for the education of all of Fielding’s children after Fielding’s untimely death.

Despite a scandal (three years after his wife’s death in 1744, he married her former maid, whom he had already impregnated), he was appointed London’s Chief Magistrate in 1748. The following year, the novel he had long been working on, The History of Tom Jones, a Foundling, was published. And that year, Fielding received funding to create a department of peacekeeping agents who would answer to him, at the Bow Street Magistrate’s office. He (like many) had been very concerned about the dangers faced by travelers on the roads to and from London, and hoped to authorize a small band of men who could chase, fight, and catch violent thieves, if necessary.

But Fielding’s health was growing considerably worse. According to the Oxford Dictionary of National Biography, he was afflicted with gout, cirrhosis of the liver, and asthma, which left him in extreme pain. In 1754 he traveled to Lisbon to seek treatment, but died there, at the age of forty-seven, his work to create a peacekeeping force having barely begun. (According to Beattie, the Magistrate’s office had received the funds mere months before Fielding passed.)

Fielding’s successor at the Bow Street Magistrate’s office turned out to be none other than his half-brother John. The thirty-three-year-old John was fourteen years younger than Henry. Blind since the age of nineteen (the result of an accident while serving in the navy) John had been Henry’s personal assistant at Bow Street and had worked on the peacekeeping project with him closely. As Chief magistrate, John would develop the peacekeeping force almost from scratch. He hired three justices to whom the public were encouraged to report crimes, rather than carry out justice, themselves. And in the 1760s, he hired a group of about seven men, who were referred to as Bow Street Runners, mostly because they would run all over London, tracking down those who had committed severe crimes.

Despite the presences of local deputies, prior to the existence of the Runners, matters like catching felons were most often left up to private citizens, or bounty-hunter figures called “thief-takers” (which led to tremendous violence, and countless wrongful arrests and deaths). Parish constables or local deputies on nightwatch forces (common local peacekeeping solutions until this point) had no such jurisdictions. In their responsibilities, the half-a-dozen-or-so Runners resembled “detectives” (a group which would not be created until the 1840s) more than anything that Britain had seen, thus far. In addition to working for Fielding (they were called “Sir John’s Men”), they were also allowed to be hired privately to track down individuals.

Still, their imprecise authority and often violent methods (they frequently fought with the felons they were attempting to apprehend) meant that, as they expanded, this institution was highly disjointed and often casually corrupt, with no internalized codes to prevent these things. Meanwhile, civil uprisings throughout Britain, most notably London’s Gordon Riots of the 1780, caused officials to want to build a firm, overarching peacekeeping system. Sir John Fielding died in that same year, but not long after, new plans were put in place to build a bigger system, including the establishing of the Home Department in 1782. In 1829, when Peel’s New Police were created, the Runners began to be phased out, and they were dissolved formally a decade later.

No Badges: Running for the Border in American Noir 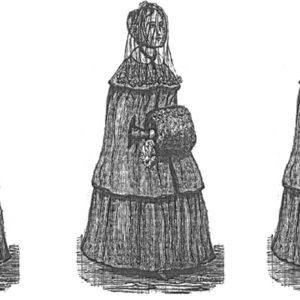 The wonder being, all the while, as we look at the world, how absolutely, how inordinately, the Isabel Archers, and even...
© LitHub
Back to top