The Lost Girls of Willowbrook 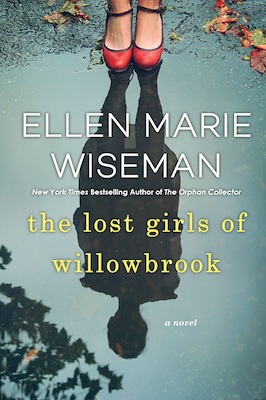 The following is an exclusive excerpt from The Lost Girls of Willowbrook, by Ellen Marie Wiseman. Wiseman is a New York Times bestselling author known for writing novels based on real historical injustices. Now in her most powerful novel to date, she plunges readers into the locked wards of Willowbrook in 1972, weaving fact, fiction, and urban legend in a visceral story about a young woman’s determination to find her sister  – and the long battle to bring compassion to our country’s most vulnerable citizens.

When they went around the counter and started down the hall, Sage stopped in her tracks. If the attendants hadn’t been holding her up, she would have fallen to her knees.

Young girls, ranging in age from children to gangly teenagers, lined each side of the hallway. They were crowded together by twos and threes in beds and chairs and wheelchairs. Some of the beds were more like carts, with large wheels and handles for pushing, and several of the wheelchairs were made of wood, with rusting wheels and thin armrests, as if they’d been pulled from a Victorian museum. Many of the wheelchairs had long, wooden boxes in place of seats, like coffins without lids, in which girls lay crumpled on grimy sheets, their pale, thin limbs pulled into fetal positions, their wrists and hands curled up to their chests.

Most of the girls were either wearing cloth diapers, in various stages of undress, or naked; all were thin, their spines like pale ridges, their shoulder blades sticking out like sharp wings. Bruises and scrapes covered their skin, and a few had what looked like cigarette burns. At first Sage thought some of them were dead, their features and limbs were so cadaverous, but then she realized they were sleeping, or unable—or unwilling—to move. Several tossed their heads around, blind eyes searching and searching, while others looked at Sage with haunted eyes, reflecting all the horror she felt.

One girl’s face was crusty and bleeding, as if it had exploded from the inside. Some were missing body parts, arms or legs or hands, while others had misshapen heads, or deformed limbs or torsos. Dark splotches and brownish-yellow puddles speckled the tiled floor, and moans, honking cries, and gibberish filled the air, along with the stench of human waste.

A black terror grew inside Sage’s chest, choking her, closing her throat. The rumors were true. This was no school. It was a nightmare, a dumping ground for the broken and insane and un­wanted. No wonder the people in charge never allowed parents in the ward. They would have called the police. Again, she asked herself how her mother could have left Rosemary in such a hor­rible place.

Dale put his free hand to his nose. “Sweet Jesus,” he said. “What is that smell?”

“You’ll get used to it,” Leonard said, and yanked Sage forward.

Undeterred by her resistance, he and Dale dragged her down the crowded hall, past a young girl inside a coffin-like box stained with something dark and sticky-looking. The girl turned her head and looked up at them, her face full of pain, her eyes pleading for help. An older girl smiled at Sage, gleeful and happy, as if she had a hilarious secret that she was determined to keep to herself. Sage squeezed her eyes shut and tried to cover her ears, but Leonard and Dale kept tugging her arms down. Her heart hammered like a runaway train in her chest. This couldn’t be real. It couldn’t be. No one would do this to children. No one would treat them like this. Maybe she was dead. Maybe the bus had crashed on the way here and she had been killed. Maybe this was hell.

A loud buzzer sounded and she jumped, the deafening tone going on and on and on. The girls in the hallway grew agitated, flailing and crying out and screaming, impossibly louder than before. A door slammed behind them and a bald attendant with muscular, tattooed arms ran past them, then turned down another corridor.

Leonard and Dale followed his route, taking Sage down the same hall. This one was narrower than the first and was lined with four sets of double doors marked Ward A, B, C, and D. Outside the door to Ward A, a teenage girl in a wheelchair was hitting another girl who was sitting on the floor and yowling, her hands up to ward off the blows. Leonard let go of Sage and pulled the two girls apart, pushing the one in the wheelchair away from the one on the floor. Then he grabbed Sage’s arm again and kept go­ing without looking back to see if the fight had been averted. At the end of the hall, they stopped at the double doors to Ward D. Leonard unlocked one side and pushed it open. Wails and shouts and screams erupted from inside the room, along with bursts of profanity. A rancid stench as thick as the paint on the walls wafted over them, making Sage gag. Unbelievably, the odor was even stronger than it had been in the main hall, like shit and piss and vomit mixed with the underlying tang of disinfectant and bleach.

It was hard to tell which was worse, the noise or the smell. The air tasted like death; the inhuman, guttural cries coming from what sounded like a hundred tortured souls, rising and falling and rising again, made the hair on the back of her neck stand up. She’d never heard anything like it in her life, not even in the horror mov­ies Noah loved to watch.

Ward D was L-shaped, with a vast main room and a smaller tiled space off to the left that looked like it might be a large, open restroom. Hooded strips of fluorescent lights lined the peeling ceiling, the long white tubes that still worked filling the room with a stark light. What looked like a hundred iron beds filled the main floor, all of them white and crammed together end to end, footboard to headboard, with a narrow walkway in between. Every bed was occupied, some with two girls on each mattress. Many of the girls were wearing straitjackets, sitting or kneeling or lying vacant-eyed; a few were tied to headboards with ropes, while others lay in their own waste. Some of the residents were naked; many wore only cloth diapers, while others were in crude, handmade uniforms. More rail-thin girls in wooden carts lined the right side of the room, while others crawled or jumped from bed to bed, laughing and howling and screaming. It seemed like everyone was moving—rocking back and forth, rolling their heads, licking their fingers, twisting their arms, shaking all over, like a roiling sea of human beings. The few who weren’t moving sat still as stones. One young woman sat forward on her bed, her torso bent impossibly flat against her legs, her head between her knees as if she’d been folded in half like a piece of cardboard. Another lay on the filthy floor next to the wall, her ankle tied to a support beam with a chain.

Sage stood in shock, numb and speechless and appalled. Wil­lowbrook, the school where her beloved sister had been locked away for the past six years, reminded her of a concentration camp. She’d seen the photos in history class: the skeletal inmates, lying and standing and sitting in spaces made for half as many, some dirty, others partially clothed, all eyes devoid of hope and sanity. How was this abomination allowed to exist in the United States of America? And in the seventies, no less, when they could record music on an eight-track tape and put a man on the moon? This had to be a nightmare. It had to be. How could anyone survive?

Suddenly a high-pitched scream erupted in a far corner of the ward. Sage looked, and saw the muscular attendant with the tat­tooed arms and a female attendant with a frizzy Afro chasing a naked girl around the room, hopping over beds and stretching their hands out to catch her. The female attendant moved with surprising speed considering her barrel-wide chest and the way she limped when she ran, like she had a bad hip. The naked girl looked to be around eighteen years old, with droopy breasts that seemed too large for her thin body; her pallid skin was covered with jagged scars and boot-shaped bruises. She screamed and spat at the attendants, then ran away before they could reach her. When she raced into the tiled room, they chased her inside. Shouting and the sudden hiss of water echoed out of the room; then the tattooed attendant hauled the girl back out, kicking and screaming and soaking wet. She slipped away from him and ran again. The majority of the girls watched in fear and fascination, some jeering and laughing wildly, a few crying. Others lay or sat or stood silently, with no reaction at all; no furrowed brows or worried eyes, no sadness or fear.

“I’ll take it from here,” Leonard shouted at Dale. “Go back to administration and find out where they want you next.” 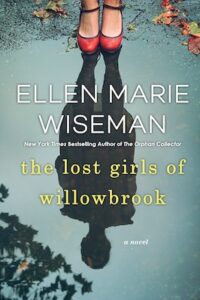 From THE LOST GIRLS OF WILLOWBROOK. Used with the permission of the publisher, KENSINGTON. Copyright © 2022 by ELLEN MARIE WISEMAN.

The 80 Greatest Con Artists in Movies and TV, Ranked 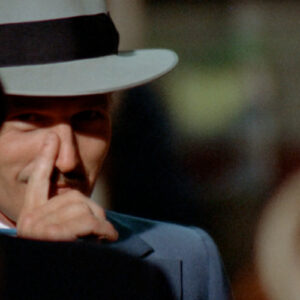 The 80 Greatest Con Artists in Movies and TV, Ranked There is possibly no more enjoyable archetype in crime film than the con artist. Probably because it’s a fascinating profession....
© LitHub
Back to top