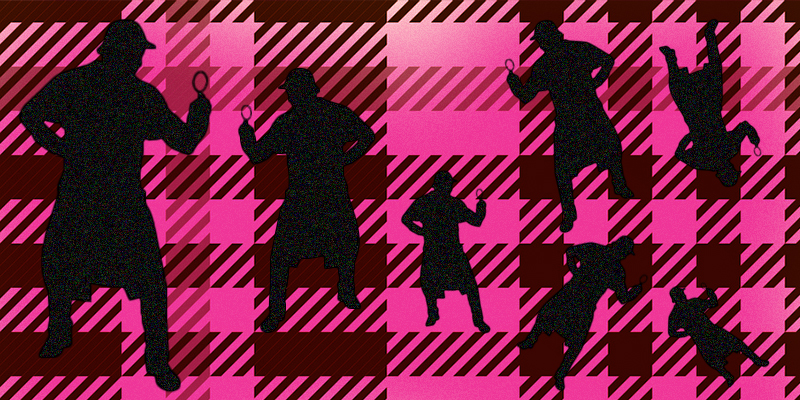 If Arthur Conan Doyle could see into the future of Sherlockiana, he'd be flattered, not threatened.

My first novel, Dust and Shadow, is subtitled An Account of the Ripper Killings by Dr. John H. Watson. In it, Sherlock Holmes tries with every ounce of his sinewy being to both apprehend London’s most notorious serial killer and to prevent further graphic slaughter of innocent (so to speak) women. I wrote this because I have read the Sherlock Holmes mysteries so many times since I was ten that I wouldn’t be surprised if an ocular specialist found “The Adventure of the Blue Carbuncle” emblazoned in tiny script on my retinas.

While heavily historically researched, by definition Dust and Shadow is completely derivative. It’s an ode to the Great Detective and the Good Doctor, written from the heart with all the fervor I didn’t need to muster, because I didn’t have the funds in my late twenties (still don’t) to hire a plane with an advertising banner reading DID YOU KNOW THE SHERLOCK HOLMES ADVENTURES ARE THE AWESOMEST THINGS TO HAPPEN SINCE SUPERNOVAS? It’s a love song. It’s a tribute. It’s an homage, if you will (I won’t; it’s pretentious). It isn’t a tracing paper copy—it’s a much more nuanced thing than that, because it has my own imagination inevitably stamped on it. All fanworks share this quality. But, nevertheless, it was written with the childish glee of a kid first discovering squirt guns. Hardly The Big Sleep, by any stretch. Far from reinventing the wheel, I was taking an antique wheel, sanding it down, and repainting it with colors of my own devising; Holmes and Watson are as much the same wheel as I could retain, but the gilt spokes lend a certain something recherche, non?

So imagine my surprise when one day I discovered that an anonymous fellow fanatic had also written a story about Sherlock Holmes battling Jack the Ripper, posting it on the mighty and marvelous derivative fiction-hosting website AO3. In itself that’s hardly a shock; Holmes v. Ripper tales are about as thick on the ground as sidewalks. What made this one unique was that instead of being based on Sir Arthur’s immortal heroes, the author had written an aftermath-of-the-finale story centered on Inspector Lestrade and Mycroft Holmes picking up the grim pieces—based on the events in Dust and Shadow.

Because of course Sir Arthur never wrote about Holmes facing down Saucy Jack. It would have been far too sordid for the tone of stories featuring milk-loving snakes, not to mention far too personal for someone who experienced (and theorized upon) the killing spree firsthand. But I did write about it. And thus, this wonderous creation was a fan fiction of a fan fiction.

Was I huffy? Annoyed? Protective? Proprietary? No.

I’ve never been more flattered in my life.

I could wax on about the topic of pastiche ad nauseum—and often do—but there’s a lesson here. Arthur Conan Doyle famously told William Gillette (the actor who immortalized many of the characteristics we associate with Holmes via his fantastically successful stage version) “You may marry, murder, or do what you like with him.” The quote comes across as brusque, dismissive even, uncaring regarding the legacy of the sleuth who made him his fortune. And his fame. And even more fortune. And literary immortality. And money. Did I mention money? Doyle essentially informed Gillette that Holmes could travel to Sumatra, encounter a Giant Rat Thereof, and Holmes could tame the beast, create a double-seated saddle for himself and Watson, hire a guide, and ride that rodent from Tuk Tuk into the jungle to seek an ancient treasure hidden in the Tomb of the Sidabutar Kings. (Side note: I could more easily imagine Holmes embarking on this delirious quest than Holmes being married. Also, I smell a great fanfic here.)

But despite his gruffness, don’t you imagine that Sir Arthur must have been just the tiniest bit tickled over his tea and his marmalade toast? Surely, he was. Surely having a famous stage actor approach him to say, “I think your gangly detective is so swell that I want to make an entire career out of playing him swanning about whilst sucking on a Meerschaum pipe—you don’t mind, do you?” was in some way flattering. I’ve been lucky enough to have my original work adapted in a number of ways, and every one of them is thrilling, but a warm candle of love sparks to life in my heart to think of fan fiction based on my fan fiction—done with no thought of recompense other than personal satisfaction, since Dust and Shadow is after all under copyright. As optimistic as I might have been about its prospects, there was no guarantee that the novel would prove anything but a lark, and I cared about that approximately as much as Sherlock Holmes cares whether the earth goes around the sun or vice versa.

My seventh novel, The King of Infinite Space, is a modern, queer, magic realism take on William Shakespeare’s Hamlet. That might sound like a llama’s worth to unpack, but it’s really rather simple: Lia (Ophelia) falls in with three very Weird Sisters and learns herself some powerful feminist voodoo, while Benjamin (Hamlet) and Horatio (as stated) are so angst-ily in love that it exerts a gravitational pull. I hopped into this bizarre canoe and started paddling because I’m about as in love with Hamlet as I am with The Adventures of Sherlock Holmes. And, as with Doyle’s response when asked about derivative works, there is no doubt in my mind whatsoever that if I were to ask permission, Billy Shakes would buy me an ale, kiss me square on the mouth, and respond, “Prithee Mistress Faye, be thou not so mild in thy fair looks when courting Fortune’s favors; takest thou whatever tales though dost hold fast against thy bosom, distill their separate parts each unto t’other, then grind them into one great sausage of thy own devising, and grip the breeches front of life.” Not least because Shakespeare never met a plot he couldn’t steal. That man had the stickiest fingers of all time, and if there had been any such thing as proper copyright back then, he’d have walked around daily wearing a black mask like the literary bandit he was.

Occasionally authors like to make a tremendous aroma about unauthorized fanworks, thinking they somehow sully the purity of the original. These people are possibly perfectly nice at cocktail parties. But this opinion is, if you will pardon my language, manure compost in its least mature stage. Suppose that an eight-year-old kid is practicing cartooning by sketching Batman. She has Batman sheets (licensed), Batman pyjamas (licensed), and a Bat Signal lamp (licensed). She wants to write comics when she grows up, or illustrate them, ideally both. So there she sits at her little black Bat-desk, drawing Batman over and over again. Does anyone show up at the door flashing a badge, demanding to know where the copyright infringement is kept and sweeping all her confiscated art into an evidence folder? Of course not. That would be ludicrous. And if the current writers for Batman don’t mind (they really, really don’t), then the Dark Knight himself certainly doesn’t mind.

Fast forward and now she is 25 years old, working as a freelance digital illustrator and nearly finished with her MFA. But she still sketches Batman sometimes, when it’s late and it’s cold, or she’s tired and inspiration seems hard to come by, or she’s happy and making a card for her niece’s eighth birthday. At what point, precisely, do we stop being children? When is our love for imaginary friends supposed to die exactly? And more to my point, if our young woman in question were to travel back to 1939 to show artist Bob Kane and writer Bill Finger her Batman sketches from the present day, how could they possibly be anything but flattered?

You can copyright a character, if it’s yours; you cannot copyright the love of a character, and why should you want to? Love can’t be corralled any more than ideas can be fenced in. I’m still writing Sherlock Holmes and likely will never stop. My second short story collection, Observations by Gaslight, consists of six tales from the point of view of the side characters, but I’m already scheming how to tackle another such volume. All over the world, in every time zone, somewhere there’s a kid up past their bedtime, reading The Hound of the Baskervilles with a flashlight under the covers. My hope is that activity will never stop until the ultimate cold death of the universe, even if more hardy aliens need to take over the job. We’ll be extinct eventually, and supposing said aliens (friendly or otherwise) can read, well then, might I suggest starting with “The Adventure of the Speckled Band”?

And if our dear Sir Arthur happened to have a magic telescope, and could peer into such a future? I hope that he could see how much joy he brought to so many millions, young and young at heart.

I hope he would be flattered. 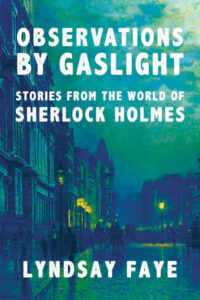 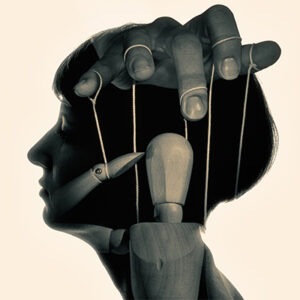 Writing novels is an excuse to immerse myself in my obsessions. Research is my favorite part of writing prep, and I am one-hundred-percent...
© LitHub
Back to top