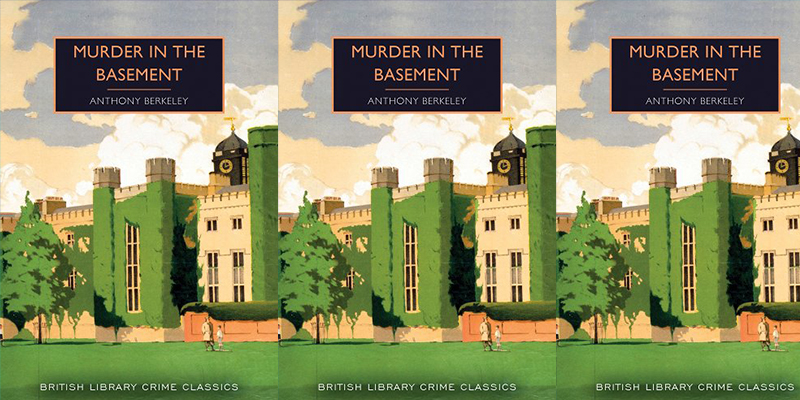 Martin Edwards on Murder in the Basement, A Pioneering Work of Suspense

"Berkeley’s cynicism and love of irony are much in evidence in Murder in the Basement, and so is his flair for taking the genre in new directions."

Murder in the Basement was published in 1932, at a time when the author, whose full name was Anthony Berkeley Cox, had reached the height of his powers. Writing as Anthony Berkeley, he had established himself as one of the leading detective novelists of his generation. In the same year that this book appeared, he also published his second outstanding novel of psychological suspense, wholly different in content and style from this Berkeley novel. Before the Fact was published under another pen-name, Francis Iles, and later filmed by Alfred Hitchcock as Suspicion.

In Murder in the Basement, not for the first time, Berkeley broke fresh ground as a crime writer. At the time the novel appeared, however, its pioneering nature was not recognised. Indeed, the book received rather less acclaim than much of his other work, and over the years it has received little critical attention. This is no doubt because Berkeley’s customary wit and ingenuity are less in evidence than in novels such as his masterpiece, The Poisoned Chocolates Case, which has also been reprinted as a British Library Crime Classic. The mood is low-key and Roger Sheringham, that most opinionated of amateur sleuths, is off-stage for much of the time; even when he does turn up, his manner is rather less ebullient than usual.

Yet although at first sight Murder in the Basement might seem to lack the characteristic zest of the more renowned Sheringham novels, on closer examination it offers a very good example of Berkeley’s admirable determination to keep trying to do something fresh with the crime story.

In the prologue, a newly married couple return from their honeymoon to their new home in Lewisham only to discover human remains buried in the basement. Chief Inspector Moresby of Scotland Yard begins to investigate and quickly establishes two crucial facts. The corpse belongs to a woman, and she has been shot through the back of the head. But who was she? Identifying the deceased proves exceptionally difficult. The first major section of the novel is devoted to painstaking police work, with an emphasis on forensic detection, until Moresby ascertains the dead woman’s identity, and that she worked at a preparatory school called Roland House. Moresby recalls that, by happy coincidence, his friend Sheringham has recently deputised for a master at Roland House in order to collect “local colour” for a novel he planned to write. He wrote a few chapters before abandoning the manuscript, having based the characters on the people he met at the school. Moresby, who likes to amuse himself at Sheringham’s expense, invites him to use his deductive powers to work out the victim’s identity from the manuscript. And that manuscript forms the next part of the book. It is, in effect, an extended flashback which presents the principal characters at the school and the tensions in their relationships.

This was, as far as I know, the first detective novel to contain a “whowasdunin” mystery. That is, the detective—and the reader—are challenged to determine from the information presented which member of a group of people is the murder victim.

The “whowasdunin” mystery is not the be-all and end-all of Murder in the Basement. The solution to this particular puzzle is revealed at the start of the third main part of the book. Two threads of the narrative still need to be resolved. First, who is the killer? Second, will it prove possible to bring the culprit to justice? Will patient police work prevail, or will Sheringham’s enthusiasm for psychology enable him to steal a march on Moresby? As further information comes to light, the answers to these questions appear to be predictable, but it is worth bearing in mind that Anthony Berkeley delighted in confounding expectations.

One or two other Golden Age writers, including Britain’s Leo Bruce and the American Anita Boutell, subsequently wrote “whowasdunin” mysteries, but this type of writing is more commonly associated with another American author, Patricia McGerr, whose 1946 debut Pick Your Victim is an enjoyable example of the form. Two very successful post-war novels which have appeared in the Crime Classics series, Julian Symons’ The Colour of Murder and Mary Kelly’s The Spoilt Kill, also offer “whowasdunin” puzzles, while in recent times Lucy Foley’s bestsellers The Hunting Party and The Guest List show that this type of mystery has enduring appeal. But it was Berkeley who led the way.

Anthony Berkeley Cox (1893–1971) was educated at Sherborne School and University College, Oxford, and served in the army during the First World War; during the conflict, he was gassed, and his health never fully recovered. When peace came, he turned to journalism and was a regular contributor to Punch. His first detective novel, The Layton Court Mystery, appeared in 1925, and introduced Sheringham. This book, and its successor, The Wychford Poisoning Case, were at first published anonymously, and throughout his life he guarded his privacy jealously.

In 1928, he hosted a dinner for fellow detective novelists which was such a success that further such dinners followed, and he was inspired to found the Detection Club in 1930; it thrives to this day. By the time the club adopted formal rules and a constitution (in the same year that Murder in the Basement was published), it had established itself as an elite social club for the genre’s most prominent British writers.

There is an entertaining exchange between Moresby and Sheringham in this novel, when the policeman says:

“You mean, you used the real people there for your book?” “Well, of course. One always does that, in spite of the law

of libel and the funny little notices some people put in the front of their books to say that all the characters in the story are imaginary. Imaginary my hat! Nobody could imagine a character and make it live.”

Sheringham (who himself represented one aspect of his creator’s complex personality) was undoubtedly speaking for Berkeley, whose books are crammed with people who are thinly disguised versions of those he knew. One wonders if this technique helps to explain why Berkeley eventually ran out of steam as a novelist. His career effectively came to an end following the indifferent reception of the third Francis Iles novel, As for the Woman, which was published in 1939. Thereafter he wrote a few short stories but the creative spark was gone. He became known primarily as an extremely perceptive critic of the genre under the Iles name. Among the many emerging writers whose gifts he was quick to recognise were P.D. James and Ruth Rendell.

Berkeley’s cynicism and love of irony are much in evidence in Murder in the Basement, and so is his flair for taking the genre in new directions. He is a writer of major importance in the history of crime fiction and this undeservedly underestimated novel is an interesting example of his unorthodox approach to his craft. 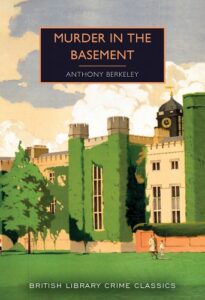 From the Introduction © 2021, 2023 by Martin Edwards. Murder in the Basement © 1932 by The Estate of Anthony Berkeley Cox Cover and internal design © 2023 by Sourcebooks. Reprinted by permission of the publisher, Sourcebooks. 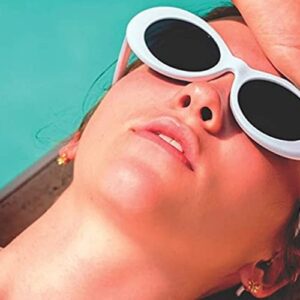 Another week, another batch of books for your TBR pile. Happy reading, folks. * Elyse Friedman, The Opportunist (MIRA) “This...
© LitHub
Back to top