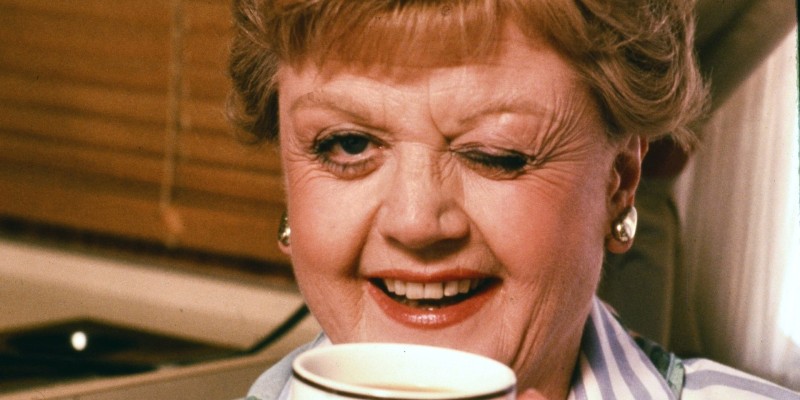 Mature Sleuths Show Us Getting Older Means Getting Better

A celebration of cozy mysteries with older protagonists

Cozy mysteries have been subtly changing in recent years to try and appeal to a more diverse and younger audience. While the rule of no graphic violence remains, the unwritten rule of no sex and no swearing seems to be showing some flexibility. There has also been a shift to promote a slate of younger sleuths in their 20s, whereas traditionally, cozies have featured sleuths that trend older.

Mature sleuths such as Miss Marple and Jessica Fletcher have been cozy mystery staples for many generations, and there’s a reason for this. They are likeable and invoke a feeling of connection and community within their cozy settings. These iconic sleuths have sharp minds that can decipher clues we lesser mortals can only marvel at. We can picture them graciously questioning suspects while wearing their twin sets or while they knit cozy blankets for someone’s baby.

While it’s important to include more diverse and younger characters that reflect our society, we can continue to embrace the more mature sleuths traditional cozies are known for. Older sleuths demonstrate that just because the calendar has flipped a few times it doesn’t mean they’re ready to be put out to pasture just yet.

Our societal perspective on aging has changed significantly in the past fifty years, and perhaps sixty is the new forty. When I was ten I couldn’t have pictured my forty-five year old mother heading off to the mountains to take up snowboarding (and most assuredly she would never have entertained such an idea), but that’s exactly what I did at the same age.

In my Killer Chocolate Mysteries, Alex Wright and her twin sister, Hanna Eastham, aged forty-five in their debut book, A Christmas Candy Killing, have recently left their former careers to open a mystery book and chocolate shop. This is often a theme involving more mature protagonists. Jessica Fletcher retired from being a schoolteacher to become a famous author and avid amateur sleuth. This reflects a real change in society as well, where people are reinventing themselves well after traditional retirement age.

This is a list of clue-hunting sleuthers ranging from middle age to senior citizens that have found new outlets for their skills. Some of them are starting new careers, such as M.C. Beaton’s, Agatha Raisin, who starts her own detective agency, and some are looking for a way to fill up their days since retiring from a day job, such as the folks in Richard Osman’s, The Thursday Murder Club. Whether they were written seventy years ago or two, there are a plethora of traditional cozy mysteries with a more mature cast that will appeal to all audiences who are looking for a good whodunit with interesting and likeable characters. These are six mystery series you shouldn’t miss that demonstrate that age is just a number and getting older really means getting better.

A series that was published between 1966 and 2000 that should not be forgotten is Dorothy Gilman’s, Mrs. Pollifax novels. This widow, grandmother, brown belt in karate, and senior citizen was resourceful and intelligent, and nothing less could be expected from a secret CIA operative and local garden club member. Her adventures took her across the globe wearing her collection of unusual hats.

Elizabeth Spann Craig’s, Pretty is as Pretty Dies, introduces us to retired schoolteacher and octogenarian, Myrtle Clover. After discovering the corpse of a pretty, not very popular, town developer, Myrtle decides to solve the crime to prove she’s not ready to be put out to pasture in the first book of the series. Myrtle is armed with a cane, a sharp tongue that gets her in trouble on more than one occasion, and a slightly younger, senior sidekick as she sets out to solve murders in the small town of Bradley, North Carolina. This long running series is filled with well-plotted mysteries, laugh-out-loud humor, and wacky characters. It will definitely put to rest any ideas that life slows down after sixty.

In M.C. Beaton’s fifteenth Agatha Raisin, The Deadly Dance, middle-aged Agatha finally takes her amateur sleuthing to a new level and starts her own detective agency. Bossy and impulsive, Agatha soon learns that running her own detective agency in the Cotswolds is not all it’s cut out to be. Instead of missing persons and murder she’s hired to find missing cats. But when she finally gets her first “real” case, foiling an attack on a girl who’s received a death threat, she is determined to put her agency on the map. Hilarity ensues as Agatha blunders her way through the case shamelessly flirting with an attractive man, as usual. Agatha stretches the definition of “likeable,” but she’s one of my favorite sleuths.

This first book, Dead Men Don’t Decorate, in the soon to be out new series, An Old Town Antique Mystery, by Cordy Abbott, promises to be a “charming series”-Publisher’s Weekly. Set in Marthasville, Va., a fictionalized version of Alexandria, Va., Camille Benson buys an antiques store her parents used to own. The newly elected mayor’s mom is new to the antiques business as well as solving murders. Antiques and design, with a side of murder, this is one I’ll be adding to my to be read pile.

Based on the classic television mystery series, Murder She Wrote, the Jessica Fletcher books penned by Donald Bain, Jon Land, and now by Terrie Farley Moran are great introductions to classic cozy mysteries. They feature Jessica Fletcher, a widowed former school teacher turned famous mystery author who happily writes her bestsellers in her home town of Cabot Cove, Maine, when she isn’t travelling the globe. She’s quick to help her neighbors and friends and solves crimes wherever she goes. This iconic sleuth has helped introduce a whole new generation to the joys of small town murder.

No list of must read mature sleuth mysteries would be complete without the four septuagenarian protagonists in Richard Osman’s, Thursday Murder Club. In this entertaining series, the four amateur sleuths combine their skills to put villains behind bars. It should be noted the founder of the Thursday Murder Club at Chase Retirement Village is Elizabeth Best, a former spy. Despite being on the other side of seventy, she spearheads the investigations. Each of the four main characters has interesting personalities that help keep these fast moving mysteries funny and poignant. 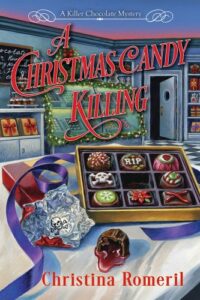 Christina Romeril grew up in Kitchener, Ontario and has been devouring stacks of books since third grade when the Trixie Belden series sparked her love of the genre. She has lived on both coasts of Canada as a member of the Canadian military and later as a military spouse. As an Alberta transplant she is fascinated by mountains and loves to spend time with her husband at Waterton Lakes National Park in the Rocky Mountains. When she's not enjoying nature, she loves to create and consume chocolate confections. Not necessarily in that order. 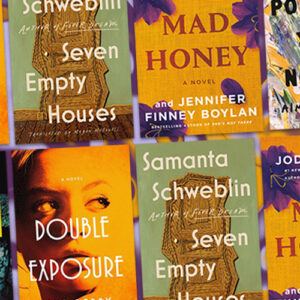