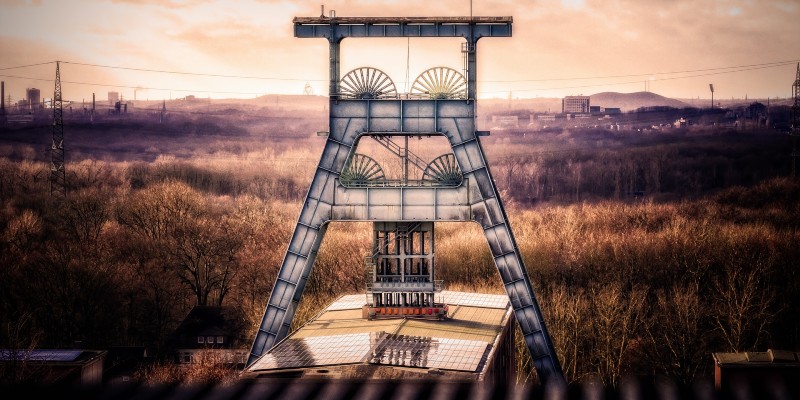 One author's theory for why we keep returning to crime.

I have a philosophy that I apply to writing crime fiction—a way that I think about what makes readers read, and also a way that I justify creating scenes that depict, for example, a  vivid murder, a harrowing sexual assault,  or a gut-wrenching child abduction.

I don’t claim my thinking is unique or exceptional. I don’t always adhere to it. It possibly derives self-consciously from the way I stumbled out of literature (short stories, the Fiction shelf) and into crime writing. My philosophy is a bit presumptuous, too, and I plan to end this piece by asking your forgiveness.

But here it is. I believe that crime fiction is at its most meaningful (compelling, relevant, lasting) when the reader is complicit in the crime.

What I mean is this: in a story,  when crime is not evil’s cause but its effect, when the transgression is not singular but collective, when the sin is a festering infection countenanced by the culture at large, such that the criminality itself is the inevitable skin boil—and in real life, we look away, repulsed—this is when the reader is complicit, and in complicity the reader is most engaged.

The examples I can give most confidently come from own work, since I know the thought process behind them. My fly-fishing mysteries are relatively light fare—retrospectively, I had great fun writing them—yet any resonance they have benefits, in part, from the fact that the reader is in some inescapable measure convicted of the crime.

We all like electricity and dislike floods, so we sit on our tongues and nod trustingly when engineers sell us a dam (The Nail Knot, 2003). We love-hate private property, believing we deserve access to the other guy’s paradise while fully supporting NO TRESPASSING on our own, even when by “private” we mean stealing from the public trust a cherished view (The Blood Knot, 2005) or an entire sacred river (The Clinch Knot, 2008).  When the dead body drops in The Wind Knot (2011), my trout-bum protagonist has other plans and doesn’t want to “get involved”—do you?—diligently eluding his civic duty until he is citizen-arrested by a young lady driving a bookmobile. Did I mention there is also fly fishing? With all the sublimity and foibles therein?

Moving on, and getting darker (Bad Axe County, 2019), did you know that at any moment in the United States up to 300,000 minors—mostly girls, but some boys too—are being sex-trafficked, and that the “industry” has evolved with digital culture to be fully mobile, and that currently the biggest sex-trafficking venues are, in order, any NASCAR event, The Super Bowl, and hunting season? If you were not aware of this—why not? The client base is so massive that you must know someone. See what I mean? And if you are a man, the oppression and exploitation of women works to your advantage, whether you participate or not.

[I’ll take a break here to lighten up, contradict myself, and confess that I am a huge Carl Hiaasen fan—what a writer! what tales! what fun!—and argue that I am not complicit in Florida. I’m just not. Nor are you.]

But this complicity concept applies gender-free to racism in the culture. Overt, virulent racism—with its long, horrific history—is the infrastructure of white privilege. White people like me don’t have to be bigots to play along. We just have to be uninformed and unconcerned—able to countenance—and cozy in our lane. Racist hatred is alive exactly where we are (Dead Man Dancing, 2020), whether we want to acknowledge it or not.

And don’t most of us wring our hands about climate change, worry about the future of the planet, fear for our children, while changing next to nothing in our consumption habits? And is this not utter insanity? (From Hell Hollow, coming 2021).

But the point—and the philosophy—is never to virtue-signal or guilt-trip the reader. As a crime writer, I am, above all, in the entertainment business. The idea is simply that a crime is more compelling when we own a piece of it ourselves. A criminal is more relatable and more dangerous when he or she—but for the grace of God—is you or me.

A look at endurable crime fiction and film lends this notion some support. A classic film that jumps to mind is Chinatown (screenplay by Robert Towne)—the banal motivation for terrible acts being that we all want to wash our cars and water our lawns, and we very much prefer to take our water supply for granted. In Silence of the Lambs, the film lets slip away what the novel by Thomas Harris never lets us escape: Hannibal Lecter leverages intellect and social privilege to commit his crimes, while Buffalo Bill is that weird human we discarded. I am reminded of Dashiell Hammett’s Red Harvest, based on the brutal repression of striking Montana miners in 1920. I like copper. I’m using copper right now. No doubt somebody, somewhere, is dying to keep my precious metal affordable. I recently read the noir stunner Black Wings Has My Angel  by Elliott Chaze, which exposes the reflexive greed and sexual opportunism that seems to arise from the human character when the filters are off, implying that the rest of us are damn lucky to have our filters. A more-modern favorite crime writer of mine is Tony Hillerman (his Navajo series got me interested in crime writing). None of Hillerman’s crimes happen, basically, if while at home sitting in my chair right now I am not occupying stolen Native land (specifically, Ho-Chunk).

Again, guilt is not the point. The point is the underlying involvement of the reader, the reciprocal horror/thrall of complicity.

Anyway . . . that’s the idea. Maybe you buy it, maybe you don’t. I suppose the safe thing to say is that people read crime fiction for different reasons—but I’m skeptical.

Forgive me, but I think we read because we did it. 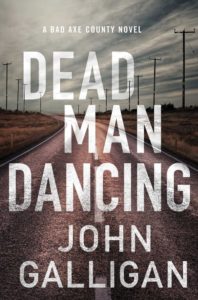 John Galligan is the author of seven novels, including the Bad Axe County Series and the Fly Fishing Mysteries. He lives and teaches writing in Madison, Wisconsin.

James Lee Burke on Art, Fascism, and the Hijacking of American Christianity 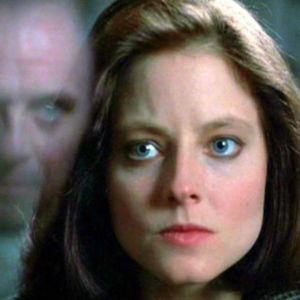 Crime and thriller fiction is full of fraught relationship dynamics—all the better to ratchet up the tension with. In our latest...
© LitHub
Back to top