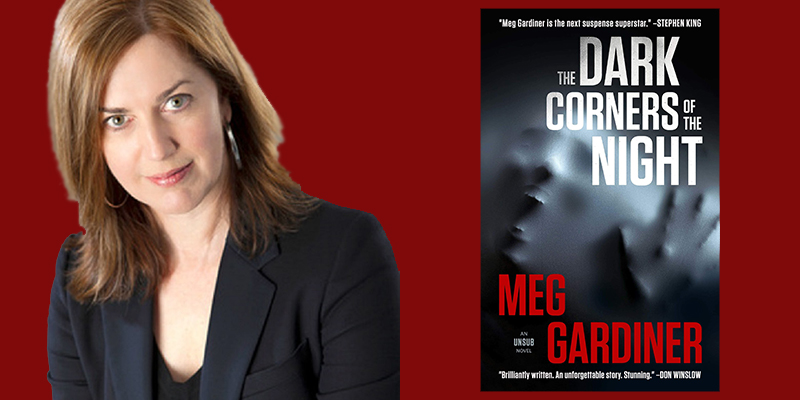 Meg Gardiner and
the Midnight Man

Meg Gardiner is, to put it simply, a badass. Her thrillers are tightly plotted and will keep your heart racing to the finish line. Her characters, both large and small, are well-wrought and compelling; her heroes are flawed, relatable, and fantastic at ass-kicking. She burst on the thriller scene with recs from such luminaries as Stephen King, won the Edgar Award for her debut, and is now three-deep into her new Unsub series, featuring Caitlin Hendrix, the daughter of a cop whose obsession with the Zodiac Killer drove him insane, and whose psychological insights into the darkest corners of the human mind have allowed her to become one of the most effective crime-solvers in the fictional universe.

I first got to know Meg in Austin, where she’s an excellent literary citizen, through my former job as a bookseller at BookPeople, the biggest bookstore in Texas (and by some counts, North America). Meg once worked as a lawyer, and you can see how her sharp mind is equally adept at law and craft. Even though she lives in Texas, most of her oeuvre has been set in California, although the second UNSUB novel takes us to familiar Texas haunts in the search for a Bundy-esque killer.

The Dark Corners of the Night (Blackstone, 2020) Gardiner’s third in the series, also has by far the most terrifying premise: a nightmarish killer steals into quiet suburban homes at night to attack not just families but the family unit itself—he murders parents in their beds, then makes sure the children are awake to witness that something terrible has happened. Meg was kind enough to answer a few questions about craft, archetypes, and her latest thriller.

Molly Odintz: The Dark Corners of the Night has some very creepy serial killer iconography. Which came first, your interest in symbolism, or serial killers?

Meg Gardiner: I was raised Catholic, so I’ve been steeped in symbolism since the priest poured baptismal water over my head as a baby. My desire to understand what drives serial killers came later, sparked by a police sketch I saw in the newspaper as a child: a gunman wearing a black executioner’s hood. Freaked out, I asked my dad, “Who’s that?” He hesitated, then said, “The Zodiac.” My insides went watery. The Zodiac seemed to be a thing, a demon that killed purely from a desire to destroy.

Serial killers are a modern manifestation of an ancient archetype—the monster.

Serial killers are a modern manifestation of an ancient archetype—the monster. We react to them on a visceral level. As a kid, learning of their existence scared me. As a writer, I can use that gut reaction to amplify the sense of danger that threatens the characters in a novel. Add an antagonist who splashes spooky, scripture-tinged symbols across a crime scene, and the story will do what it’s supposed to: give readers chills and thrills.

MO: This work feels like your most horror-influenced yet! What draws you to write the terrifying?

MG: I write novels in which the stakes are life or death. And I write to give readers an immersive emotional journey. That means the story has to pulse with tension, surprise, and suspense. It has to put characters we care about in jeopardy. So the antagonist the heroes face had better be frightening.

If there’s a horror influence on this novel, it manifests as a sense of dread that saturates the story. After all, the killer calls himself the Midnight Man. He slides through the darkness like black electricity. But the dread isn’t meant to feel oppressive. It’s supposed to evoke an electric sense of anticipation. Because the counterpoint to terror is excitement. We thrill to the narrow escape, the courageous confrontation, the daring rescue against tremendous odds. When the protagonists face down a terrifying threat, that’s when a story can become exhilarating.

MO: There’s a dramatic soundtrack to the book—what were you listening to while you were writing? Was it Nine Inch Nails? And is there a playlist somewhere on the internet of the music mentioned in the book?

MG: I did listen to a lot of Nine Inch Nails. Music helps me develop a book’s emotional tone, so each time I start writing a novel, I queue up a fresh playlist. Nine Inch Nails can be dissonant, propulsive, and impressionistic. Their music’s both spiky and dreamlike—just the right aural landscape for this novel. I ended up adding it to the story. The protagonist, Caitlin Hendrix, usually listens to Gary Clark Jr. and Janelle Monaé. But to get into the headspace of the Midnight Man, she plays NIN. As for the other songs mentioned in the novel, I scanned Internet playlists until I found “Dark Industrial Metal.” That sounds like something designed to terrify suburban parents. But it overflows with melodic songs that are rich in passion and drama. It’s completely noir. For a book that takes place deep in the night, it felt perfect.

MO: How do you balance between psychological insights and use of tech when your characters are tracking a killer?

MG: The UNSUB novels are psychological thrillers above all, so the emotional and behavioral insights take priority. Caitlin’s an FBI agent. She works for the heaviest hitter among US law enforcement agencies, and has extensive resources at her disposal. That includes tech. On the page, tech is fun. I use it as a tool to advance the story—to facilitate, complicate, and subvert the characters’ goals. But the prime driver of the narrative is the psychological battle between Caitlin and the UNSUB she’s hunting.

MO: The killer targets parents, and makes sure their children are witnesses. What did you want to explore in the book about the meaning of family, and how that meaning can be twisted by bad experiences and paranoid minds?

MG: Toss me a softball question, why don’t you, Molly? I wanted to explore the ways that family dynamics, psychology, and neurology get cross-wired, so that fear and resentment can spark disaster. I leave it to readers to filter the story through their own experience of family, and draw meaning from that.

Okay, truthfully, I knew that a killer who messes with the family unit would scare the crap out of readers. And it would make the quest to capture him feel all the more urgent.

MO: You set your new book in Los Angeles, home to many of the most well-known and nefarious crimes in recent history. How did your setting influence the plot?

MG: For Caitlin and her FBI unit, the glittering sprawl of Los Angeles proves both beautiful and disorienting. L.A. has atmosphere, attitude, an aura. And it’s a place where the line between light and dark can get sketchy. L.A. is also a city of restless motion. It’s woven together by freeways—hundreds of miles of them. That makes it nightmarish to pin down a killer who invisibly roams the roads, striking at will.

MO: And finally: what’s next for Caitlin?

MG:  Caitlin will be returning next year in UNSUB 4. She’s in the business of homicide. To draw on the symbolism of my upbringing: in this fallen world, she’s never going to run out of work. She’ll keep on hunting killers. And, of course, she’ll continue eating tacos with her boyfriend. And playing fetch with her dog. 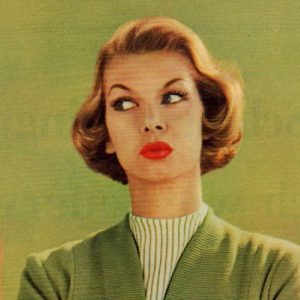 Being a parent is difficult enough when dealing with the usual challenges, such as surviving a colicky infant or teaching...
© LitHub
Back to top