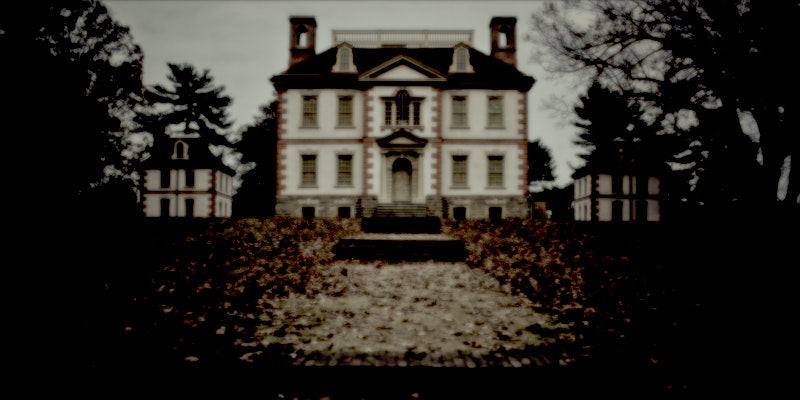 Memories, Hauntings, and The Meaning of a Home

A shocking murder happened in my community when I was child. I could never stop thinking about it. Then I became haunted by it.

On the morning of April, 12 1959, J.B. Matthews of Springfield, Virginia, excused himself from the breakfast table, returned with a baseball bat, and beat his three children to death. After committing the “breakfast-time berserk attack,” as one newspaper put it, Matthews chased his hysterical wife from the home, and then cut his own throat with a butcher knife.

Little has been written about the Matthews’ murders. In fact, the newspaper article referenced above seems to stand alone. It was only after I finished writing my debut novel Theme Music, a supernatural thriller inspired by the murders, that I attempted to find out more. At first, I had little to go on. I stumbled upon the article while perusing Facebook years before. Buried amongst some lesser known crimes that had occurred in the Virginia area, I was astonished to learn that that such a horrific massacre had taken place in my hometown. I remembered hearing about the gruesome details back when the crime was committed, but not the name of the family, nor the year the murders occurred.  I conducted several online searches, but couldn’t find anything on it, including the original piece. I began to wonder if I had misread the article, and the crime had taken place in another town named Springfield, in a completely different state.

More than a year later, ahead of the launch of my novel, my sister made a post to our high school alumni group. Since the school is located in Springfield, Virginia, the area in which Theme Music is set, she thought some might be interested in attending. Almost immediately, someone commented that the synopsis of my novel sounded very similar to a murder that had taken place in the Springfield area in the 1950’s. Thanks to the good people of that group, I was able to obtain more information about the mass filicide, including the name of the family, the date the murders occurred, and the location of the house.  Though the address had been changed, as stigmatized properties often are, one member of the group knew the family well enough to find the house, and sent me a current photograph.

Recently, while visiting my mother and sister in Northern, Virginia, we decided to try and find the address. I wanted to get a picture of me holding a copy of Theme Music in front of the house that inspired the story.  We were shocked to find that the home was no more than a couple of miles from where we had lived as kids. Indeed, if the Matthews children had survived, they would have attended the same high school as us. Concerned our impromptu photoshoot might draw unwanted attention, and we might be asked to leave the quiet suburban neighborhood, we hastily snapped off a few shots, and fled.

Though dismayed to find that I had partially covered the title of the novel with my fingers in most of the pictures, one was clear enough to use. I quickly set to cropping and framing, and turned my thoughts to a corresponding caption. As I zoomed in on the cover of the book, a set of eyes in the upper window of the house caught me by surprise. Quickly, I examined the other photographs to see if there was a logical explanation for the ghostly visage. All the other pictures showed a vacant window. Sun streaked, but empty. Steadying myself, I zoomed in to get a clearer view of what was lurking in the window, or who, and was stunned to find more than one ethereal face staring back at me.

I’ve always believed in ghosts, theoretically, but now that I had glimpsed a few for real, captured them in fact, I didn’t know how to feel, other than deeply disturbed.

I’ve always believed in ghosts, theoretically, but now that I had glimpsed a few for real, captured them in fact, I didn’t know how to feel, other than deeply disturbed. For days I felt haunted. My perception of reality altered. Ordinary shadows took on a sinister countenance. In order to sleep, I had to try and view the apparitions in a different light. Maybe they hadn’t appeared to scare me. Perhaps they had come to the window to see the woman who suddenly, after sixty years, was telling their story. Not only in a loosely based work of fiction, but mentioning them specifically on television, in podcasts, and through several featured articles. They were no longer forgotten souls. After all this time, what happened to them was being acknowledged, recalled, and lamented.

I don’t care if people believe those are really ghosts in the window or just a trick of light and shadow. The Matthews children were very real. Twins, Stephen and Sharon, age 13. Their big sister Ann Susan, age 14. They had lived. They went to school. They had friends. They laughed, and danced, and played baseball. And though their young lives were cut tragically short, and it’s only natural to put such unconscionable deaths out of mind, I, for one, am happy to have made their acquaintance, and to have had the opportunity to share a small part of their story.

Though I knew little about them at the time, while writing Theme Music, I felt an immense responsibility to foster such vulnerable personas. So much had been taken from them already—their lives, their futures, their spirit—I was reticent to take their story as well, if only as a premise. The line between adaptation and exploitation can be easily crossed in pursuit of fiction, and caution needed to be observed. But their murders were unbearably savage, cruel and incomprehensible, so the telling needed to be as well. I couldn’t change how the Matthews children died, or by what hand, but I could reimagine their fates. Through the fictional Wheeler children, I could give voice to their long, silent suffering. Grant them the heroic ending they deserved. Empower them to come to the window and finally be seen.

A dozen or so pictures were taken that day, in rapid succession, but only one held any images. Judge for yourself, but to my eye, furthermost left in the window is the face of a girl. A set of haunted eyes are most noticeable, and what caught my attention originally. Something, perhaps a scarf, covers the lower half of her face. To the right of her, and just a little higher, I clearly see the face of a boy.  What’s visible just below the boy’s face I cannot say, but I find the fiendish aspect of the specter to be quite unsettling. When showing the picture to friends and family, they were quick to point out faces I had not noticed. Some believe these images to be actual ghosts, some think they are nothing more than curiously aligned pixels, but all agree that what lies within the window is very strange. For this isn’t just any house, and what happened there wasn’t just a story.

T. Marie Vandelly has wanted to write her entire life but (after a career change) has only recently been granted the freedom to pursue her dream full-time. She lives on Gwynn’s Island, in the Chesapeake Bay, with her husband and their two dogs. Theme Music is her first novel.

How to Start a Love Affair with Audiobooks 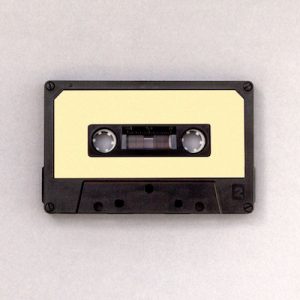 How to Start a Love Affair with Audiobooks

I was an audiobook failure. Not a failure at writing the books, mind you, but at listening to them. I could never manage...
© LitHub
Back to top