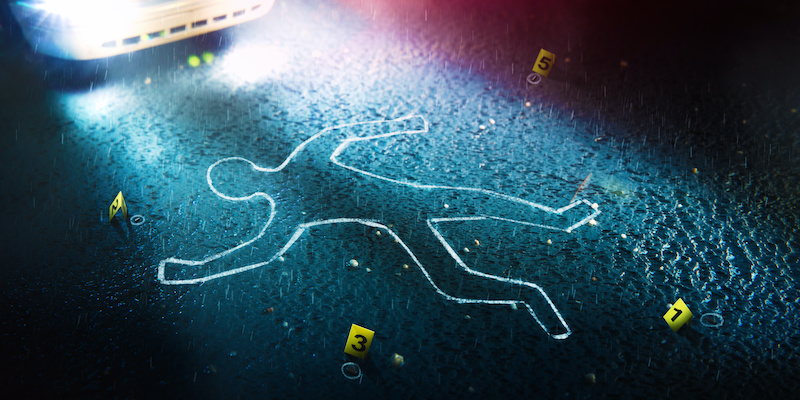 Men Are the Most Likely Victims of Homicide. Why Do Crime Writers Kill So Many Women?

"[B]y repeatedly inflicting violence on female characters, we are...policing our actions and enlisting our aid in keeping others oppressed."

It was a dreary day in October, and the baby that was supposed to have arrived was already late. Maybe that means nothing to you, but to me, it meant that my out-of-office had long ago gone up and instead of holding my new baby, I was Googling the rates of stillbirth for post-term infants and the mortality rate of the women who carried them. Like most people who are afraid of death (theirs and other people’s), I sought solace in crime fiction.

There’s something tantalizing about unsolved murders and whodunnit puzzles that, when executed well, can draw even the most anxious among us away from our internal spiraling. As a lifelong reader of mysteries and thrillers, I was looking forward to staving off my fears with a familiar and comforting setup: a dead body, a plucky detective, and a clever resolution.

The only problem was that this time, crime fiction didn’t take my mind off my problems. In fact, it highlighted them. That’s because every suspense novel I read centered on at least one dead woman. As a result, I found myself sympathizing not with the intrepid detectives, whose mental acuity could outmatch even the cleverest of villains, but instead, with the hapless victims, whose fates were sealed just as much by circumstance as by chance.

Violence against women in American crime fiction is as old as the genre itself, starting with Edgar Allan Poe’s 1841 story, “The Murders in the Rue Morgue,” which is considered to be the country’s first modern detective story. The piece centers around the homicides of a mother and daughter, the former of whom is so severely maimed that her head falls off her body. The latter is strangled and then stuffed inside a chimney.

Since then—from Raymond Chandler and Dashiell Hammett, to Jonathan Latimer and Hillary Waugh—this fiction has historically relied on either the threat of violence against women, or the act of violence itself, to drive forward its plots. One might have expected this to be a passing fad, that, just as toxic masculinity and overt racism within the genre has thankfully abated, so too has its reliance on the dead woman trope. Yet this doesn’t seem to be the case.

When it comes to current crime novels, it’s difficult to find statistics on just how many feature dead women, in part due to the sheer volume published every day, which by some accounts number in the hundreds. My (admittedly imperfect) survey of the top 50 or so bestselling crime novels on Amazon on a random day in October found that female victims outnumber male victims by a rate of about 3:1.

The incongruity in male versus female violence might make sense if women were, in actuality, more likely to die by homicide than men. But in fact, adult males are the victims in approximately 80% of the murders in this country. Once we control for domestic abuse and familicide—where women are commonly killed—that percentage, I would assume, increases.

This presents a bit of a conundrum. For a genre that prides itself on its verisimilitude—where authors routinely highlight the days, weeks, and sometimes years spent with law enforcement, trying to get the details right—why is it that when it comes to the demographics of those we choose to murder, we skew so far from the facts?

It’s possible that the reason writers kill more women than men is totally benign. For example, it might just be a matter of basic biology. That is, because women have less muscle mass than men, they are easier to physically harm. Thus, having them die expands the pool of potential suspects, which makes for a more interesting read.

Another reason might be that women are seen as inherently sympathetic, whereas as a culture, we still feel ambivalence about the deaths of men. This reasoning has been used to justify why, for example, women have never been subject to Selective Service registration in this country or a military draft, despite the fact that women are just as capable of the tasks of modern warfare as men.

Novelists Gilly Macmillan and Rene Denfeld present a third option. In a CrimeReads Q&A from 2019, they suggest that violence against women in crime novels serves a therapeutic end. Macmillan (agreeing with Denfeld) says, “I believe thoughtful depictions of violence [against women] might also allow women to understand better and work through things we might have experienced or be frightened of experiencing, providing us with valuable tools for our emotional and psychological armories.” In other words, by harming women, authors are rewriting the script, empowering women to seek justice for those who’ve wronged us.

My concern is that no matter what the authors’ intentions in killing (and maiming and torturing) women, all this fictional violence is having extremely negative effects. By routinely killing women, we are conditioning female readers to see ourselves as victims in need of a man’s protection, or, at the very least, in possession of less power than we actually have.

More than that, I worry that by repeatedly inflicting violence on female characters, we are engaging in a long history of using physical threats against women as a means of policing our actions and enlisting our aid in keeping others oppressed.

Let me put it another way:

You can’t exist as a woman without a man catcalling you, or groping you, or using physical force to threaten your bodily autonomy. Whenever this happens someone will inevitably blame how you dress.

You can’t imbibe with abandon anywhere outside of your home, or else if someone assaults you (and they might), the first thing anyone will say is that you really should have exercised moderation when you drank.

You can’t be a Black man in this country and be walking near a white woman after dark for fear that she will call the cops on you for being “menacing” because she has been taught to believe that she is vulnerable and that you, as a Black man, are likely to harm her.

In a world where violence—and the threat of violence—has been used to get women to dress more modestly, to behave more moderately, and to justify the existence of hate masquerading as “protection,” it’s worth asking how authors are either taking part in these narratives or subverting them. It’s worth asking how the stories we tell influence our self-regard as well as how we view other people. It’s worth asking who benefits when authors kill off so many women.

I don’t have the answers. But I do know one thing for sure: reading about fictional women who’ve had their heads cut off or the blood drained out of them, reading about their rape and their torture and the ways in which men have violated them doesn’t make me feel powerful. Rather, it triggers my latent fears, the chilling message of which has been passed down over generations:

As a woman, I am not safe. The more I act the part of a woman—expressing my sexuality or, crucially, stepping into the role of mother—the more expendable my life will be, and the more likely I am to die.

Four days after my baby was due to arrive, I, at last, went into labor. At the height of my contractions, when every revolution of the second hand brought with it the feeling of being struck by lightning, I screamed that I wanted to die.

“No,” my husband said, his voice soothing and calm and infuriating. “You don’t.”

At that point, I had sweated through the tape holding both of my PICC lines. I was whimpering and yet too dehydrated to cry. I would suffer more before the night was over: enduring a catheter inserted into my spine, a third-degree tear, dozens of stitches piecing me back together, which would leave me barely able to walk.

Yet, he was right. I didn’t want to die.

And just because I’m a woman doesn’t mean I deserve to. 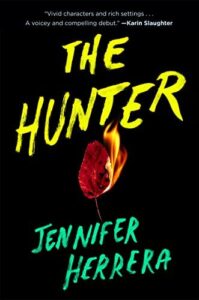 Jennifer Herrera is a former philosophy grad student turned literary agent, who is fascinated by the stories we tell ourselves to live and the lies we cling to that sabotage our chances at a good life. She has lived in six states and five countries (so far) and now resides in Philadelphia with her husband, daughter, and cat. Her debut novel, The Hunter, is now available. 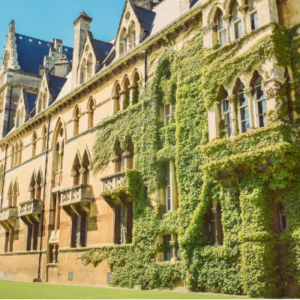 I find the campus to be a perfectly oppressive setting for a thriller. A campus thriller isn’t a traditional closed-room...
© LitHub
Back to top