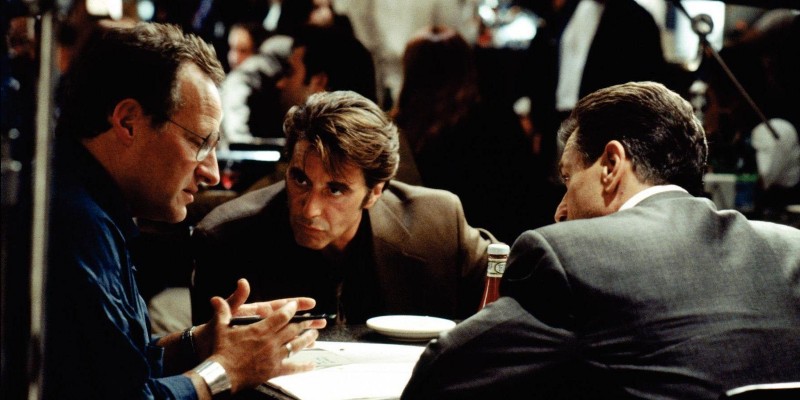 'Heat' is the director's masterpiece. It was also the culmination of decades of experimenting with the archetypal cops and thieves.

Michael Mann’s “Heat” (1995) is widely considered a cinematic masterpiece. Not only do we follow as L.A. detective Vincent Hanna (Al Pacino) chases ultra-disciplined thief Neil McCauley (Robert De Niro) across the city, but we also dip into the lives of characters tangential to that pursuit—wives, daughters, hustlers, marks, cops, and criminals who are often fully realized despite having relatively little screen-time.

Like many masterpieces, “Heat” didn’t emerge fully formed. You could argue that much of Mann’s cinematic career up to that point was a rehearsal of sorts, allowing him to work on character and story points.

This progression begins in 1981, when Mann released “Thief,” his first foray into feature films. The titular criminal, Frank (played by James Caan), has a reputation for pulling off complex, high-risk scores. He also spent 17 years in prison, and he seems in a borderline-angry rush to make up for all that lost time. Almost immediately after meeting Jessie (Tuesday Weld), he snaps at her: “Let’s cut the mini-moves and the bullshit, and get on with this big romance.”

That “big romance” includes Frank buying Jessie a nice house with a big lawn and adopting a child under questionable circumstances. Even as he tries to snap up a middle-class lifestyle as quickly as possible, he’s plotting to break into a highly secured skyscraper and steal a load of diamonds from a supposedly impregnable vault. It’s only a matter of time, though, before Frank’s fantasy of a normal existence collides with the reality of his criminal pursuits, leading him to (literally) burn up every vestige of his life.

Five years later, Mann released “Manhunter,” an adaptation of Thomas Harris’s “Red Dragon.” For many, the film is particularly notable as the first, brief on-screen appearance of cannibal psychiatrist Hannibal Lector, played with icy calm by Brian Cox. In the context of Mann’s filmography, “Red Dragon” is his first feature-film stab at following an obsessive detective as he pursues his prey, in this instance a serial killer dubbed the Tooth Fairy with a nasty habit of slaughtering whole families.

That detective, Will Graham, is great at catching serial killers and other fiends because he can think like them—risking his own sanity in the process. Like Frank in “Thief,” he’s a figure of exacting focus and sometimes glaringly odd behavior, a Mann archetype beginning to take shape across multiple films.

“I always find it interesting, people who are aware, alert, conscious of what they do and are pretty good at it… Whether it’s a boxer like Muhammad Ali or a construction worker or a burglar or a guy running research in a tobacco company or pharmaceuticals company, like Jeffrey Wigand,” Mann would tell an interviewer for IndieWire in 2014. “I find those kind of people interesting. People who want to put in 50-60 hours a week and go home and are not really conscious of life moving by, don’t really interest me very much.”

Throughout the 1980s, as Mann refined his craft through three movies (between “Heist” and “Manhunter,” he also directed “The Keep,” a horror film with a troubled production), he was also working on a lengthy script about an L.A. detective’s intense pursuit of a professional thief. Mann based the story off the real-life pursuit of Neil McCauley, a sophisticated robber who was gunned down during an armored-car robbery outside a Chicago grocery store in 1964. McCauley’s primary pursuer, detective Chuck Adamson, later became a television producer, screenwriter, and close collaborator with Mann.

The script bore similarities to the actual case, right down to the coffee and conversation that Adamson and McCauley shared at one point. The real McCauley, who’d spent decades of his life in jail, was smart enough to walk away from a big score and months of preparation if everything didn’t seem right; that detail finds its way into the screenplay, when the fictional McCauley decides to abandon a hit on a precious metals depository when he senses the police nearby.

At first, Mann had no intention of directing his sprawling script—he approached Walter Hill about taking a crack at it. “He would have been a terrific choice if he wanted to direct it. It wasn’t a matter of approaching a stranger,” Mann said years later. “I know the way Walter thinks and I know his work very, very intimately. And that’s what that decision of approaching him was based on.”

At a certain point, Mann abandoned the idea of letting someone else direct. Pressed to come up with yet another success for television after Miami Vice, which he’d produced, he took his script and hacked it into a 90-minute pilot, which he also directed. The operation was not a success, and the series never went forward, although the pilot was repurposed into a television movie titled “L.A. Takedown,” airing in 1989.

To watch “L.A. Takedown” and “Heat” back-to-back is a disassociate experience. Much of the dialogue and structure remain the same, although Mann chopped out many of the subplots that gave “Heat” such a novelistic flavor (and a three-hour run time). The details of the ending are different, as well. Most of all, watching the two films in sequence is a solid lesson into the difference between mediocre and great acting. Witness how the two “L.A. Takedown” actors, Scott Plank and Alex McArthur, run through the script’s iconic diner scene:

It’s not the most naturalistic line-reading, to put it mildly. Now watch the same scene from “Heat,” featuring Al Pacino and Robert De Niro at the top of their respective games:

Pacino and De Niro embody cop and robber who discover a mutual respect. They’re so good that they accomplish Mann’s original aim with the script, to have the audience empathize with these characters on either side of the law. In a 2017 interview with Vanity Fair, Mann said he wanted anyone watching to be “empathetically engaged 100 percent in McCauley’s quest to give up this dissociative doctrine he had and be able to escape, and at the same time make you 100 percent invested in Hanna capturing him. We’re invested in the encounter not happening, and we’re invested in it happening.”

Despite its roughness, “L.A. Takedown” would serve as a useful prototype for Mann, allowing him to see what was wrong with the script’s structure and take corrective action. “[It’s] something that I’d like to do actually on every film,” he told the BBC last year.

But “Heat” benefitted from far more than “L.A. Takedown.” Mann’s film work in the 1980s also served as a workshop of sorts, allowing him to refine his archetypical thief and cop. Frank in “Thief” and Will Graham in “Manhunter” are raw characters, their emotions (and impulsiveness) never far from the surface. Contrast that with McCauley and Hanna, who are just as damaged, and just as bound to their respective dogmas—but also seem much more nuanced and ultimately human.

For example, near the end of “Heat,” McCauley makes a crucial decision to pursue revenge over escape. As De Niro’s face cycles through a half-dozen emotions in a few seconds, you understand what he’s thinking, even if you don’t agree with it; the whole movie, along with De Niro’s acting, has prepared you for the moment when he veers off the highway for his fateful meeting. It’s a giant storytelling leap from “Thief,” where Frank’s abrupt, climactic decision to send away his wife forever, blow up his house, and kill a bunch of criminals seems to stem from a nihilistic impulse—it’s abrupt and potentially confusing for much of the audience, despite the exciting visuals.

“Heat” is a masterpiece not just because of its epic scope but because of its exacting character detail, and how it turns archetypes into actual human beings. Mann had spent his career working up to it; “Thief” and “Manhunter” and “L.A. Takedown” are all their own works, but they also constitute an artist’s sketchbook of sorts.

Let’s All Be Final Girls 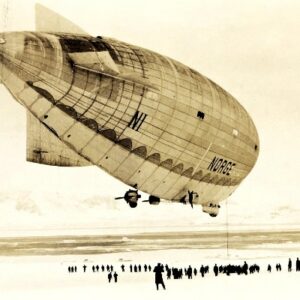 The book smelled old. It must have been sitting on the shelves of the secondhand bookstore for a long time before I bought...
© LitHub
Back to top