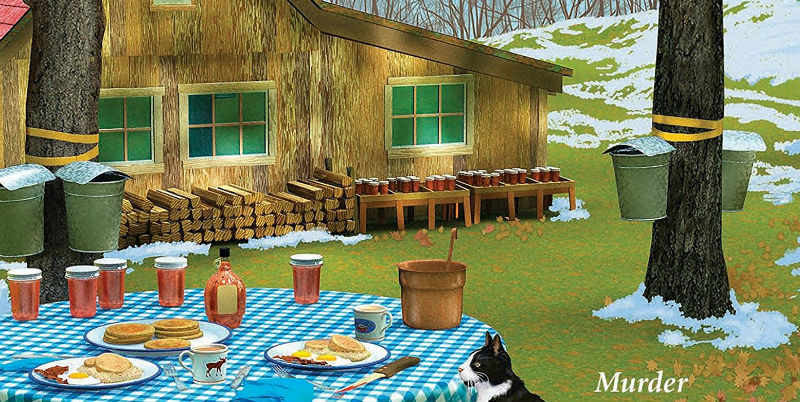 Many cozy mysteries are located closer to both coasts, but the Midwest has a real draw. For some readers, it might feel homier, with perhaps a return to a slower pace of life and a more traditional American culture. That’s not to say that real-life issues don’t also exist in middle America, and in some ways the bucolic setting can highlight certain social woes better than in more urban locals.

I took an informal poll of readers, and gleaned the following about why they love cozies set in the Midwest: “A reminder of home and the values of the middle of the country…Gives me a feeling of home…I enjoy reading about all the places I have never been…Small towns are the best, no hustle or bustle…The setting and the idioms…Known for comfort food and friendly people…Ethnic pockets like Amish, Mennonite, Greek, Slavic…Neighbors helping neighbors.”

So, let’s look at five other cozy mysteries set in the Midwest, most of which also are published by Kensington Publishing. 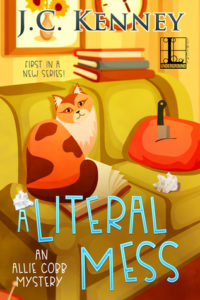 JC Kenney’s Allie Cobb Mysteries from Kensington are set in the fictional Hoosier town of Rushing Creek, which is also in Brown County, Indiana. As do many cozies, JC includes a homecoming in A Literal Mess, this cozy series’ debut: Allie Cobb comes home to Rushing Creek from Manhattan, where she runs a literary agency, just missing the death of her father, who was a successful literary agent. Allie stays when her childhood bestie is accused of murder. The author tells us up front that Rushing Creek is population 3,216, but that an upcoming Fall Festival is about to bring a slew of tourists to town. For those of us who set our stories in small hamlets, that’s one way to bring fresh blood (so to speak) into the equation 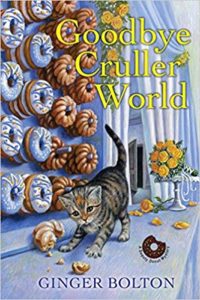 Ginger Bolton writes the Deputy Donut series, another Kensington win, which takes place in fictional Fallingbrook, Wisconsin. We find protagonist Emily Westhill already ensconced in town, running the best donut shop around. She’s close to the police, with a retired police chief father-in-law, a deceased detective husband, and her own past as a 9-1-1 operator. The Knitpickers area a knitting group that meets at her shop, too. Fallingbrook is described as a “quaint and walkable town,” possibly another must for a Midwestern cozy. My hamlet of South Lick certainly is. 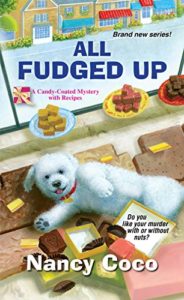 Actual Mackinac Island, Michigan, is where Nancy Coco stages the Candy Coated Mystery Series (from Kensington). The island is less than four square miles, so it’s a small town—but one surrounded by water. What could possibly go wrong? I love the Agatha Christie-approach to murder on an island. Allie McMurphy runs her fudge shop out of the historic McMurphy Hotel, another Midwestern archetype in this history-rich area. The recipes in these books are to die for, and with all the titles having “Fudge” in them, you can bet Nancy’s recipes are on the sweet side. I always have fun testing the recipes for my books, but fudge hasn’t (yet) been among them. 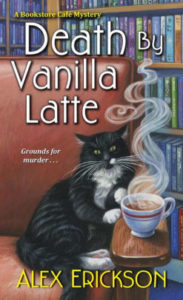 Heading back south, we reach Pine Hills, Ohio, another fictional burg. It’s home to Alex Erickson’s Bookstore Café series, also from Kensington. Death by Coffee, the name of this midwestern bookstore café (and isn’t that the best premise, ever?), is run by Krissy Hancock and her best friend Vicki. Two darling cats are part of the series, which isn’t unique to the Midwest, of course—nearly all cozies have some kind of pet that plays a role. Small-town intrigues abound, and Krissy’s love of puzzles and mysteries leads her to ferret out answers. Krissy and my Robbie Jordan should get together and talk puzzles—and cats—one day. 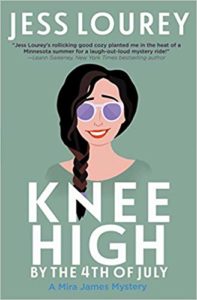 A long-running and popular series is Jess Lourey’s Mira James Mysteries (Toadhouse Books). Lourey started the series with May Day, released one book for each month, and wrapped up the twelve with April Fools. All are true to their Battle Lake, Minnesota setting, right down to the locally made candy, Nut Goodies. Battle Lake is a real town on the lake by the same name—but the 2010 census recorded only 875 residents, so it’s also a true village. While not strictly a cozy, the series has all the elements of amateur sleuth, village setting, and cast of regulars—with a healthy dose of humor thrown in.

Wouldn’t it be fun to gather both Allies, Emily, Krissy, and Mira in Robbie’s restaurant, Pans ‘N Pancakes, to talk about cases they all have solved? Hmm, I feel a new story brewing.

The Tragic, Violent History of the Brooklyn Waterfront 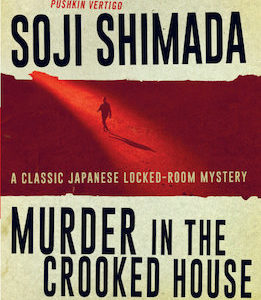 In the village of Hauterives in the south of France, there’s a curious building known as Cheval’s Palais Idéal. For thirty-three...
© LitHub
Back to top