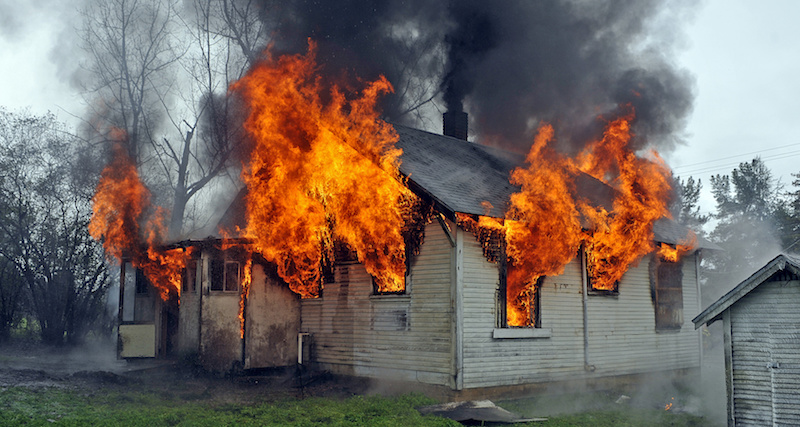 Monica Hesse is a writing triple threat: Washington Post reporter, 2016 Edgar Award-winning YA author of The Girl in the Blue Coat, and now the author of American Fire, the best true crime book of the year thus far. We spoke by phone as Hesse walked her dog in her Washington DC neighborhood, about her research process, her books, and how she won over a key source for Fire with a loaf of homemade banana bread.

American Fire is a book about a string of arsons of abandoned buildings in Accomack County, Virginia, a small former farming community which has now become like much of rural America: economically depressed and desolate. The best jobs around are now at the local poultry processing plant, low-paid and dirty work. Hesse got interested in the story after hearing about the crimes, but was really hooked after she went to the preliminary hearing for one of the two defendants, Charlie Smith, and got her hands on a document the defense submitted to the court.

Hesse describes her initial involvement as follows: “[In] my day job, I’m a reporter with the Washington Post and where I live in Washington DC, we were on a radius of where information would land about the fires. Every few weeks, I would see a little blurb saying, ‘Fires in Accomack still continuing,’ or, ‘Arsonist on the loose,’ or, ‘57 houses burned down.’ I kind of kept an eye on it, and then when the arrests were made and it turned out that it was an engaged couple—I did not know very much about arson as a crime but I knew enough to know that that was strange, that having an engaged couple and having a woman involved at all was really unusual.”

That fact is what prompted Hesse to attend the hearing, which led in turn to her getting her hands on the prized document. As she told me, “I asked if I could go down just to cover the hearing and just to see if anything happened and then when I got down to the hearing, Charlie Smith’s legal team submitted this testy document to the court. In person he just plead guilty and that was that, but it was like, ‘By the way, we’re also submitting this legal document. It’ll be part of the court records,’ blah, blah, blah. It was very rote. After the hearing was over, I sort of thought, that was a bummer, I drove all the way down here for a 20-minute hearing in which nothing was revealed, but then I went to the courthouse next and this legal document laid out a whole love story basically, it just became clear that what had happened was so much more rich and so much weirder and so much more emotional than anything I had expected. That launched the next two years for me of trying to understand what had gone wrong there and also what it was like to live in this county as it burned down over the course of five months.”

Hesse saw the potential for a book in the story of Smith and his fiancée, Tonya Bundick, the couple engaged in a folie á deux that led first to a vandalism spree, and then to the arsons. She signed a contract to write it, with the provision that she would not turn in the manuscript until the trials were finished: a big risk, as there were many counts of arson against Bundick for which she could have chosen to be tried separately. Hesse said, “I had warned my publisher ahead of time when I signed the contract: I want to write this book, I’m deeply in love with this book, but I only want to write it when it has an ending and that ending can come in six months or that ending can come in five years because at the time nobody knew when the trials would stop. It was within Tonya Bundick’s right to go on and have trials for the rest of her life because she was charged with so many counts. I had this contract that I was just sort of waiting until the trials ended before I really started working on it and then that was the hole in which I wrote Girl in the Blue Coat.”

Coat, Hesse’s YA novel, tells the story of Hanneke, a young woman in WWII Amsterdam who begins the book as a black marketeer but gets involved with the Dutch resistance when one of her regular clients asks her to find a Jewish girl she had been hiding in a secret room. It’s basically Anne Frank in reverse, and Hesse acknowledges the debt to the famous diary. “The idea for the book did come to me while I was on a vacation in Amsterdam, but the whole reason that I was on the vacation to begin with is because it had been really the destination for my bucket list of vacations. Because the reason I became a writer was reading the Diary of Anne Frank.”

Hesse was particularly interested in the intersection of late adolescence and the idea of the resistance. She said, “I’m almost always interested in the bystanders of history rather than the perpetrators of it because I think that what’s fascinating to me is this idea that something big and immense comes to where you live, but you still have to live your normal life and you are still going to be a human with all sorts of human emotions, everything from love to hate to pettiness to boredom. None of those things are going to go away just because you’re in the middle of something big, whether it’s a war or an arson spree. I’m always interested in what it feels like to have those human experiences magnified and warped and stunted because of the things going on around you. To me, when would it be more confusing to have those things happen than when you’re a teenage girl because it’s such an emotional time. It’s a transformative time and then to have that happen with WWII as your backdrop—I wanted to explore what that would be like.”

When I asked Hesse about having both books in her head at the same time, and if she saw any similarities between them, we talked about how community ties are a major theme in both books. For Fire, she moved down to Accomack for two months to report the book. There had been a lot of reporters in and out of the area, Hesse said, and the locals were wary of talking to yet another one. So how did she win them over? “It did take people a while to warm up and I hope that it was because I just showed that I wasn’t going away.  I was going to stay there as long as I felt like I had to to really understand what had happened in more than a perfunctory way. There were some people, like the sheriff, who just turned out to be one of my favorite people. He has lived in Accomack his whole life, he’s never wanted to be anything but the sheriff, it was his lifelong dream and he just had less than zero interest in talking to me. He was not rude about it, he was just like, ‘I cannot think of anything that I would find more boring than talking to you about the arson.’ After I’d been there a few weeks, I was talking to my mom about this and she was like, ‘Have you made him a pie?’” Hesse did not, in fact, have the baking chops to make a pie but she did bake him some banana bread, which, like mom said, opened the lines of communication.

Hesse remains a fierce admirer and advocate for the people of Accomack. “I think [in Accomack there’s] a way of life that in a lot of ways is disappearing all over America statistically. There was a time at which the majority of us lived in rural communities and now that percentage has vastly decreased. Most of us live in cities or suburbs. For me, it was a little bit familiar because both of my parents are from really small towns and I grew up in a town in the middle of cornfields, but for me, I wanted to capture that feeling of living in a place where you know almost everyone and where you have a sense of intimacy and community with every square mile of your county and a sense of ownership and a sense of place that I don’t think we have a lot anymore.”

Part of what makes Hesse and Fire so remarkable is how well she accomplishes this: so many true crime books focus, naturally, on crime, and omit the texture of the everyday lives of people who live through them. In both books, Hesse brings her settings to life, as well as exploring themes like community and what bonds people to each other and to the places where they live, work, and love. 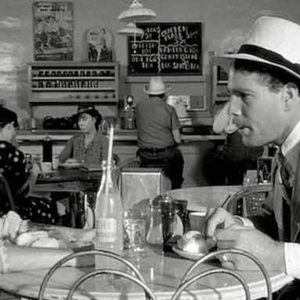 “Money, you think, is the sole motive to pains and hazard, deception and deviltry in this world. How much money did the devil...
© LitHub
Back to top