This month is chock full of it—whatever you want, it’s here. There are elaborate, several day long weddings. There are tense family reunions in gloomy mansions where the tide cuts off access to the estate for hours. There’s a Groundhog Day–Memento-time twister. There’s a taut thriller by a real up-and-comer named Joyce Carol Oates. And finally, there’s Orson Welles and Rita Hayworth, fictionalized. 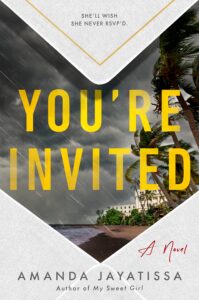 My Sweet Girl was a smart debut, and Jayatissa has raised the stakes with her second novel. Amaya is surprised to be invited to her former best friend’s wedding in Sri Lanka, and even more surprised to find out the groom is her ex-boyfriend. She packs up and takes off for a week of festivities, but she lands in hostile territory. The bride, Kaavi, is spreading rumors about Amaya, making our heroine the number one suspect when Kaavi is murdered. And the other guests also have brought plenty of baggage to the party. 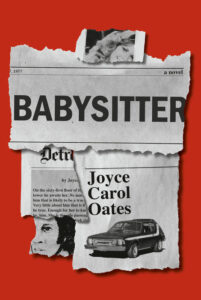 I can’t remember the last time I read a book with the excitement and tension of Babysitter. It’s too easy to joke about Oates’s wondrous pace of production and to forget that she is a master at pretty much everything, including domestic suspense. The backdrop of Babysitter is a series of child murders in the ritzier suburbs of Detroit in the 1970s. Everything crackles: the characters, the plot, she even pumps some new life into the serial killer trope. True story: I once decided to write an essay on failure and dropped it when I found not only had Oates written it, she wrote a better essay than I would have dreamed. Lucky I wasn’t planning on writing a serial killer book this summer. 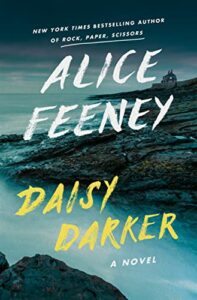 Feeney’s output since her very clever debut, Sometimes I Lie, has been a mixed bag. I wasn’t crazy about I Know Who You Are and I couldn’t tell you anything about Rock Paper Scissors except that I read it. Daisy Darker is a return to form: a very And Then There Were None vibe crossed with more contemporary ideas about family dysfunction. Daisy is twisty, loaded with gloomy atmosphere, and what’s more fun than watching a family rip each other to bits? It’s like Christmas in August. 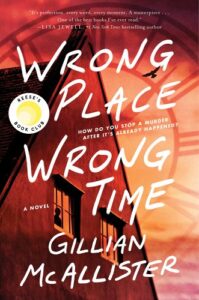 If you like books that mess with you, I have found your next read. Wrong Place is about a murder, and what happened that lead up to the murder. You look out the window and see the crime. The murderer is your teenaged son. The victim is a man you don’t know. Every day you wake up a day earlier, with more time to stop your son from ruining his life. And every day you try and puzzle out what happened, what will happen, and how you can change events so your son does not end up in custody. 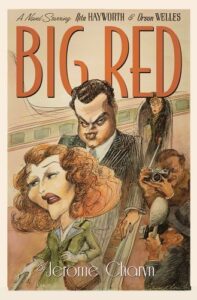 Things I like: old movies, books about old movies, and mysteries written by really sharp writers. Things I dislike: books that poorly fictionalize history and play on expectations about, say, Orson Welles and Rita Hayworth. Jerome Charyn, though, is such a seasoned pro: his bio just says he’s written more than 50 books. Surely he can do something with the beautiful and doomed Hayworth and the wildly ambitious and passionate Welles? Yes, in fact, he does a bang-up job of capturing Hayworth through the eyes of a second-rate gossip columnist: her rise to stardom, her tempestuous marriage to Welles, and her incredible performances in movies like Gilda and The Lady from Shanghai. If you can’t decide between a book or a classic movie, Charyn’s got just the ticket for you. 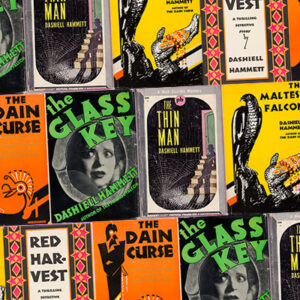 There are two godfathers of modern crime writing, Dashiell Hammett and Raymond Chandler. For my money Hammett was the better...
© LitHub
Back to top