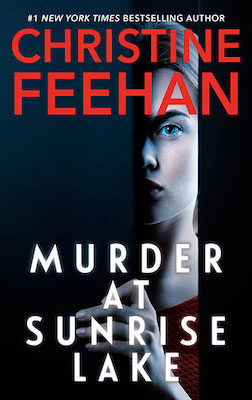 The following is an exclusive excerpt from Murder at Sunrise Lake by Christine Feehan. For the staff at a lakeside resort, drunken partiers are the usually the worst part of the gig—that is, until supernatural forces invade the placid resort.

Stella leaned on the railing and stared out over the lake. Bailey, the treacherous dog, was with Sam, which didn’t really surprise her. She should be happy that Sam walked the property so much, making certain drunken partygoers didn’t fall into the lake and drown. He didn’t let them take out guns and shoot at the sky in some bizarre celebration.

Sam didn’t like dealing with the guests but he could repair anything. He would never see to the taxes or business end of the resort, but he would make certain security was tight and everything was running in top condition. If the roads needed plowing, Sam would get it done. She had come to rely on him in a short time without even realizing it.

She had always loved the night and never felt in the least bit nervous or anxious when she was alone until her nightmare had woken her. Sam had helped alleviate that, but for some reason, she felt a sudden chill go down her spine and goose bumps rose all over. It felt the same as at the fishing spot, when she thought someone was watching.

Straightening slowly, Stella walked to the stairs and whistled for Bailey. He would come to her the moment he heard that whistle no matter what. She’d just feel safer knowing he was close. She inched her way into the shadows, wishing she’d brought out her night binoculars. She didn’t have the porch light on, but that didn’t mean if someone was out there they wouldn’t see her even in the dark. They could have night-vision binoculars just as easily as she could.

She waited, growing more and more uneasy. The minutes seemed to creep by slowly. If there was really someone out there, Sam would know. He had some kind of sixth sense about that kind of thing. He hadn’t been at the campsite when she’d felt eyes on them. What if someone had harmed him? What if he was lying somewhere hurt right now? Or in the lake? The cold water? Her imagination was getting the better of her and she had to stop. Bailey would be sounding the alarm.

She took several deep breaths. She had trained for this. She knew how to use a gun. She was trained in self-defense. She could use a knife if necessary, or at least do her best to defend against a knife attack, knowing she would get cut. Preparing for those situations didn’t always transfer to the reality of the circumstances. She hoped they would.

She backpacked and climbed and she trained for those sports. She particularly loved bouldering. She was careful to keep her body in good shape and to do her best to know what she was doing when she climbed. She didn’t just decide to hike a mountain, she trained for it. Stella hoped that same care she applied to her backpacking and climbing also went into her training for any situation she might run into when it came to self-preservation. She went to the gun range twice a week. She had an instructor in hand-to-hand fighting as well as a weapons instructor she trained with three times a week. Hopefully, the running she hated and the all the fitness work she put in morning and night would stand her in good stead against an attacker.

Bailey suddenly burst out of the darkness, rushing up the stairs to press his nose against her. The relief she felt was tremendous. 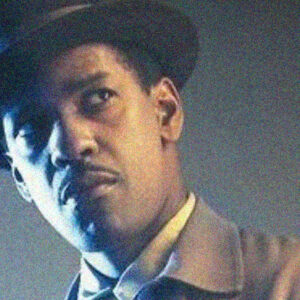 The PI of Color: When It’s About More Than the Crime We all know the PI. You need only rattle off the names—Spade, Hammer, Marlowe, Archer—to conjure the picture. Tough,...
© LitHub
Back to top