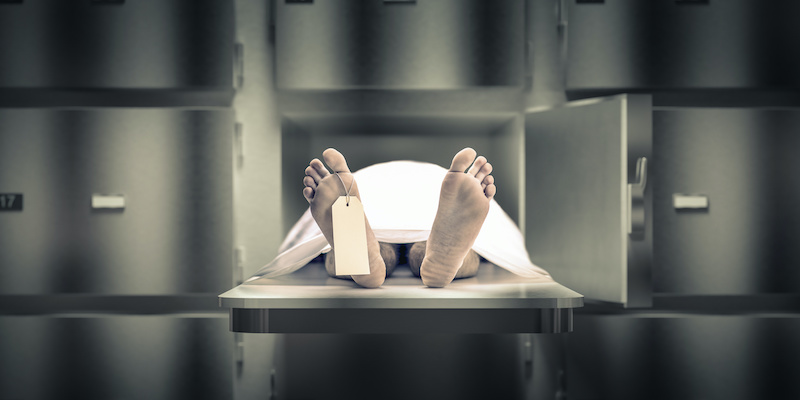 "In real life, [murder is] devastating....What is funny—in life and on the page—is how people cope with the savagery and finality of a senseless homicide."

Did you ever want to murder someone? (I’m talking fiction here. I’m an author, not a marriage counselor.)

I think about killing people all the time — who, where, how. If you’ve ever uttered the words “Colonel Mustard in the billiard room with the wrench,” you know what I’m talking about.

I’ve planned hundreds of murders, and never once have I thought, “how do I mine comedy gold out of this guy’s brutal demise?”

And yet, James Patterson (my partner in crime in the NYPD RED series) has said, “Marshall Karp is the only author I know who can get big laughs out of murdering someone.”

With all due respect to James, that’s not 100 percent accurate. When I whack someone, I don’t want you to double over and slap your knee. There are no laughs when the rope tightens around someone’s neck, compressing their carotid arteries as they desperately claw at their throat.

That’s because murder isn’t funny. In real life, it’s devastating. And in fiction, it’s not something I can milk for laughs.

What is funny—in life and on the page—is how people cope with the savagery and finality of a senseless homicide.

Call it gallows humor, or black comedy, or whistling past the graveyard—it’s human nature to laugh in the face of death.

Not every author risks it. It’s a slippery slope because, if your timing is off or your sensitivities are out of tune, your bon mot is just going to lie there like a rotten egg.

If you Google “book genres,” you’ll find that there are 18, or 24, or 35, or more, depending on which website you trust. And while “Mystery,” “Suspense,” and “Thriller” are on all of them, “Crime Fiction That Makes You Laugh Out Loud” isn’t. It’s not even a subgenre like “Cozy,” or “Legal Thriller,” or “Hardboiled.”

And yet, if you Google “Mystery+Writers+Comedy,” you’ll find a long list of authors that includes Elmore Leonard, Lawrence Block, Carl Hiaasen, Janet Evanovich, and one of my true heroes in the business, Donald E. Westlake. I’m on it too. (Hey, I’ve written fourteen murder mysteries, every one of them laced with humor. I was bound to be on some list or other.)

People, it turns out, like to (make that need to) laugh in the face of death. Real cops do it all the time. For many of them, cracking wise is the only way to cope with the grisly horrors of their job. But the laughter isn’t meant to be disrespectful. It’s a release so they can gear up for the next onslaught.

Doctors and nurses are the same way. They are surrounded by sickness, pain, heartbreak, and grief every day. If they simply absorbed it and had no way to discharge it, they would be too overwhelmed to function. If the average person could listen to laughter coming from the break room of a teaching hospital, they would be horrified.

Early on in my career, I spent three hours at the LA County Morgue. Unlike the morgues I’d seen on TV, this place looked like something out of Edgar Allen Poe. No steel drawers, just gurneys. And no body bags. They cost too much. The cadavers were wrapped in sheets, heads and feet sticking out at either end.

The air was ripe with the smell of disinfectant, formaldehyde, and decomposing humanity. It was grim. There was nothing funny about it.

But when the chief coroner investigator told me there were 129 bodies waiting to be processed that morning, he punctuated it with, “That’s how we keep our prices so low. Volume.”

I laughed. I laughed throughout the tour, and then again in the gift shop. Really, they had a gift shop back then. Coffee mugs, key chains, a barbecue apron that said “Spare Ribs. Spare Feet. Spare Hands.” And all kinds of fun apparel with the chalk outline of a dead body on it.

The signs on the door said “Shoplifters’ Next-of-Kin Will Be Notified,” and “To Cash a Check You’ll Need Two Forms of Identification, or Dental Records.”

Bottom line: murder, not funny; death, funny—in the right hands. But unless you’re a trained professional, don’t start telling knock-knock jokes at the next funeral you attend.

And speaking of funerals, back when I was in the TV business, I worked with, and learned from, a legend. His name was David Lloyd.

David wrote for The Mary Tyler Moore Show, and in 1997 his episode “Chuckles Bites the Dust” was ranked #1 on TV Guide’s “100 Greatest Episodes of All Time.”

If you’re a writer, here’s a four-and-a-half-minute master class in how to turn one of our greatest fears into a comedic tour de force. 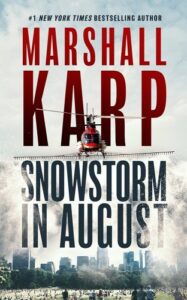 Marshall Karp is the cocreator and coauthor of the #1 bestselling NYPD RED series with James Patterson.  His newest solo book, SNOWSTORM IN AUGUST, a thriller, is so fast-paced, so action packed, he apologizes in advance if it’s 10 or 15 percent less funny than his previous works.

The Mysterious Case of the CIA's Man in Moscow 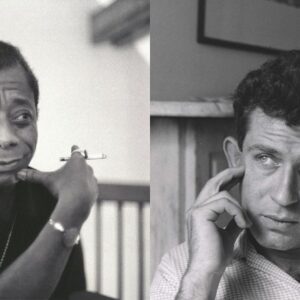 My first New York literary party taught me that, like a lot of secret societies, the inner world of literary people was borderline...
© LitHub
Back to top