Louise Candlish on the long, proud tradition of setting mysteries on moving vehicles.

I’m not sure why soft spots develop but I do know that one of mine, crime novels set on boats, had its genesis in the moment I first picked up Death on the Nile as a bored twelve-year-old. I understood, without being able to articulate why, that I’d stumbled on the perfect slippery blend of form and setting. Strangers on a Paddle Steamer! Sliding Doors! (Or connecting ones, anyway.)

Twenty years later, the first scene I ever wrote was set on an Italian ferry being tossed around in heavy seas. Not long after, a fictional child of mine fell from a pleasure boat into the River Seine, wreaking havoc on those on dry land for the rest of the novel. And now, in my new thriller The Other Passenger, a deadly deception occurs among commuters on the Thames catamarans that ferry suburban workers upriver to Central London.

I’m no sailor myself, so why do I keep straying out of my depth like this? I think it’s impossible to overstate the allure of shifting waters to the writer, especially a writer of suspense. It’s partly the logistical constraints, the ‘Deep Calm’-style cabin fever that has the potential to unhinge the sanest of minds. And then there is the pitching and rolling, the unexpected interruptions to the promised flow, either by the slowing down ‘in obedience to a signal’, as Agatha Christie put it, or by the more brutal event of a collision.

While disaster on the ocean wave often comes with a distracting shot of glamour, it is the humbler brush with danger on a public train or bus that has the power to truly chill, as in Christie’s 4:50 from Paddington and Highsmith’s The Blunderer. Likely we’ll never get our mitts on that ticket for a luxury stateroom on the Queen Mary 2, but we’ve all caught a local train or bus thinking it only a safe, forgettable method of getting from A to B, hardly noticing the other passengers.

What can I say? In crime fiction, always notice the other passengers. 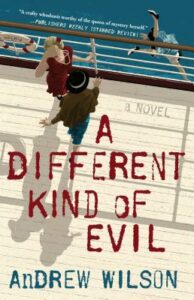 A Different Kind of Evil by Andrew Wilson

I love Andrew Wilson’s mystery series that casts Agatha Christie as detective, based on real biographical episodes. Here, with her personal life in turmoil, she boards an ocean liner bound for the Canary Islands in Spain and though she’s on the ship to investigate one death, she promptly witnesses another. Ostensibly, they’re unconnected, but we all know Mrs Christie has just the brain to spot the links and reveal the truth. 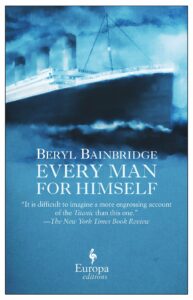 Every Man for Himself by Beryl Bainbridge

This Titanic-set novel is as gripping as any crime thriller, in spite of – perhaps because of – our knowing very well the scale of the suffering to come. Pages are turned not to discover what happens but who will survive – and who must perish. Narrated by 22-year-old Morgan of the JP Morgan banking clan, the prose has a spare, pragmatic quality, leading us inexorably to the chilling moment when he tells us ‘I knew the ship was now my enemy.’ 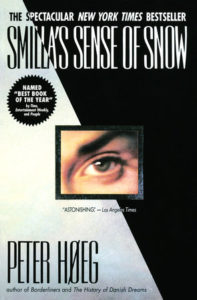 Those of us who’ve recently been gripped by Ridley Scott’s ‘The Terror’ will appreciate the unique darkness associated with that whitest of dangers: ice. My favourite in this tradition is Peter Hoeg’s classic, which traces the suspicious death in Copenhagen of a young Greenlandic boy and the subsequent investigations undertaken by snow-savvy loner Smilla Qaaviqaaq Jaspersen. These lead her aboard a ship bound, ultimately, for frozen seas, and the tension as she protects herself from repeated attempts on her life is genuinely claustrophobic. 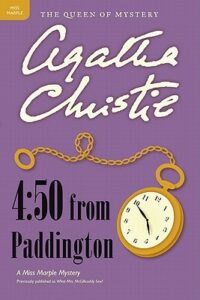 4:50 From Paddington by Agatha Christie

Like Paula Hawkins’ The Girl on the Train, Christie’s classic revolves around the happenstance of witnessing a crime through the window in those usually unremarkable moments when a train slows at a signal. The murder seen by Mrs McGillicuddy (what a name!) is committed on a second train, which has briefly pulled up alongside her own. But, unlike her modern successor, there’s nothing unreliable about McGillicuddy’s account, even if the ticket collector thinks she’s dreamt it and the absence of a body would appear to support that view. Luckily, she knows exactly who to call on to make sense of it all: Jane Marple. 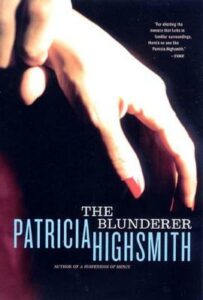 The Blunderer by Patricia Highsmith

Lesser known than her debut, the masterpiece Strangers on a Train, is Highsmith’s third novel in which a public bus service facilitates the perfect crime. In the chilling opening, Melchior Kimmel follows the Newark-New York-Albany bus from the Cardinal Lines Bus Terminal, watches his wife Helen disembark at a rest stop, then lures her out of sight and murders her. Poor Helen was surely entitled to feel protected on public transport, or at least to be missed when she’s gone, but Highsmith’s world is a bleak one and by the time the killer has wiped the blood off his hands the bus has already moved on.

Described as ‘Jaws at 23,000 feet’, this debut thriller places a member of the crew of a packed commercial flight in an impossible dilemma: they can save either the planeful of passengers in their charge or their loved ones on the ground – but not both. As a former stewardess, Newman is perfectly positioned to recreate every authentic detail of the flight from hell. It’s the perfect holiday page turner, though nervous flyers like me might prefer to save it till after we’ve safely touched down… 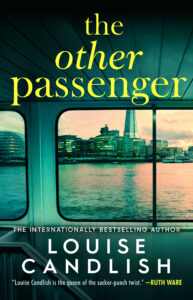 Louise Candlish is the Sunday Times (London) bestselling author of fourteen novels. Our House, a #1 bestseller, won the Crime & Thriller Book of the Year at the 2019 British Book Awards, was longlisted for the 2019 Theakston Old Peculier Crime Novel of the Year, and was shortlisted for the Goldsboro Books Glass Bell Award. It is now in development for a major TV series with Red Planet Pictures, producers of Death in Paradise. Louise lives in London with her husband and daughter. Visit her at LouiseCandlish.com or connect with her on Twitter @Louise_Candlish. 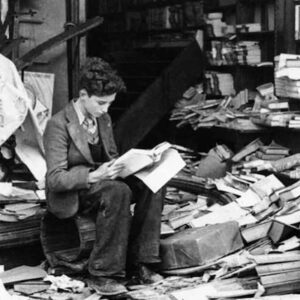 When the world is on fire, I turn to historical thrillers. When my personal world is full of fear and anger, I find comfort...
© LitHub
Back to top