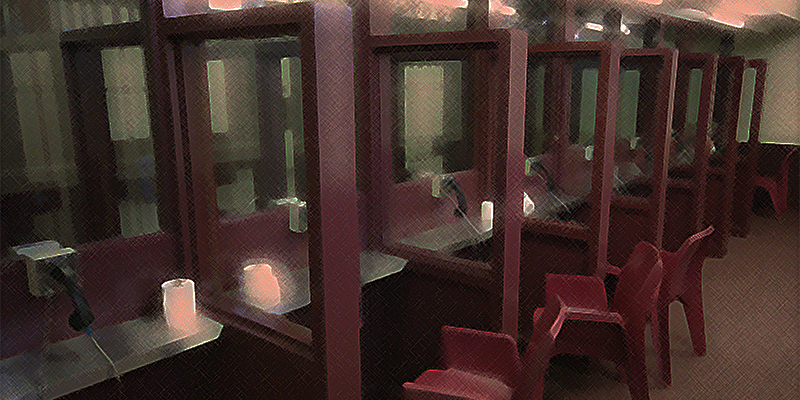 My Brother Moochie and Me

We can't reconcile the worst actions of those we love with our love for them. Nor should we try.

The second person I thought of after hearing that basketball legend Kobe Bryant had been killed in a helicopter accident was his wife Vanessa. How devastated she must be, I thought, given that she’d have to raise their daughters without her husband and their father. I grieve because I know she’s grieving. I hurt because I know she and her daughters are hurting, because she lost a child, and they a sister, in that crash as well. A husband who had blossomed into a hero and role model for his kids and countless others was unexpectedly taken from her. That’s a tragedy. Full stop.

The first person I thought of, though, was an unnamed woman somewhere in Colorado who said Bryant raped her at the Lodge & Spa at Cordillera on June 30, 2003. According to a report by Buzzfeed, her story rang true and his changed multiple times during initial questioning by police. I grieve for her because I suspect she’s grieving, if not for Bryant, for what she lost in that hotel room 17 years ago, and what she has to relive in the wake of his high-profile death. I hurt because I suspect she’s hurting, trying to process the outpouring of love from millions of people from across the globe for a man who took something from her she can never have back. I know if she spoke out—says she is angry or struggling to cope with the image of Bryant that won’t ever leave her versus the one on a loop on ESPN—she’d likely be attacked for saying something few want to hear right now. I know because that’s happened to the few people who tried, including a reporter from the Washington Post. That’s a tragedy. Full stop.

I can’t and won’t try to reconcile those thoughts. I know I don’t have to, that’s it’s OK that they can’t be reconciled. It’s the kind of insight you gain by having a grandfather who shot your grandmother, a father who beat your mother and a big brother who committed murder. While others like their heroes pure and villains purer, because of what you’ve seen, what you’ve experienced, you know better than most that that’s fantasy, that though we aren’t only the worst thing we’ve ever done, neither are we only the best.

April will mark the 38th anniversary of when my oldest brother, whom we called Moochie before he adopted an African name in prison, murdered a man named James Bunch in a small town called Bonneau, South Carolina, upending the Bunch family, and mine. I was a nine-year-old boy. He was more of a hero to me than Spiderman. I was devastated when he initially faced the death penalty, devastated when my young eyes saw his mugshot on the 6 o’clock news, devastated when I saw him in handcuffs and chains, devastated every time my mama drove me and the rest of my siblings to visit him in prison. I could never get used to the brown-steel doors and the steel bars and the metal detectors and $3 Polaroid pictures in the visiting room during the Christmas season.

Before he left, he was my friend. He was who I wanted to grow up to be. Maybe that’s why for the next quarter of century, I tried to reconcile the image of him as hero and the reality of him as murderer by pretending that maybe the murder wasn’t real. Because we never fully dealt with the ugly reality as a family, my siblings and I began conjuring up alternative facts. Maybe the Mafia did it. Maybe Moochie was falsely accused. Maybe they forced him to make that unsigned confession. Maybe it was self-defense. Maybe it was all a dream and Moochie would be home any minute now.

It wasn’t a dream. It was a nightmare, one I could no longer deny after using every journalistic skill I had to finally seek the truth. He did it. He had a hard childhood, as did my father and grandfather, which was typical for black families like mine growing up in the heart of the South. All of that contributed to why Moochie stabbed Mr. Bunch dozens of times and should never be forgotten. None of that negated the reality that he took another man’s life. 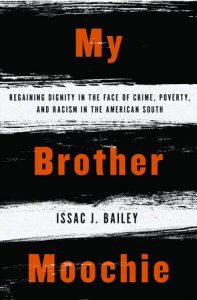 I love him and always will. I have and will defend him from unfair attacks from people who don’t know him like I know him. But I understand why the Bunch family felt differently. I had no problem when one of his sisters told me she never wanted Moochie to be released from prison even as my family was trying to free him. They have a right to their anger. They have a right to their pain. Moochie paid a heavy price—32 years in prison, including 7 years in solitary confinement that likely changed him forever—and we paid a heavy price. I suffer from PTSD because of what happened in April 1982. My body’s response to the stress likely contributed to my having a severe stutter and made me more susceptible to acquiring an autoimmune disease that nearly killed me in 2014. It’s why my mother couldn’t rest for more than three decades, which affected her health, and why my youngest brothers ended up on a path to prison like the one Moochie traveled.

Moochie was held to account. He served his time. He deserves a chance at redemption, to not have the worst thing he ever did held above his head. He, too, has been diagnosed with PTSD and is not the man we knew before he was locked away for more than three decades. When he was released, he would wake up from violent dreams that harken back to the days he had to try to keep the rats out of his prison cell with towels stuffed under the door and had to watch his back in the shower. Like the rape Bryant was alleged to have committed and never reached the courtroom because his accuser settled for a kind of open apology and undisclosed settlement, that doesn’t mean the harm he caused will ever be erased. It won’t. It can’t.

On this side of the criminal justice system, the one populated by perpetrators and alleged perpetrators and those who love and admire those perpetrators and alleged perpetrators, nothing is simple. You don’t quite know if it’s appropriate to mourn your loss—whether that means a loved one put in prison or publicly accused of doing something horrific—or when to weigh in publicly at all. Your loved one did the horrific thing. What gives you the right to express your pain because you’ve lost a murderer to prison compared to the pain of the victim’s family never able to see or hug the murdered again?

In the Bryant case, that’s been stood on its head. Celebrate has a way of doing that. There was more pressure to forget or downplay the harm he admitted he caused his accuser than there was to tell the full truth. Even in the era of #MeToo, Bryant’s love of his daughters and wife made discussion of his alleged rape of a young woman he didn’t know a nonstarter. Remembering the man he had become makes sense, particularly because most of his actions since the allegations have been stellar. Whatever happened in that hotel room in 2003, there’s no indication Bryant made a habit of doing such things. That evolution should be celebrated by those who love him, and by those who want those who’ve done awful things to walk a new path.

But it should not be done at the expense of forcing his victims into silence. Their part of the story matters, too.

I love Moochie, a man who committed murder.

I love Moochie, a man who has views about race with which I vehemently disagree.

I love Moochie, whose actions changed the trajectory of my family in horrific ways and are among the primary reasons I have emotional and psychic scars that are layers deep.

I can’t reconcile that. Peace came only when I realized I didn’t have to.

Issac J. Bailey is an award-winning journalist and the James K. Batten Professor of Communication Studies at Davidson College. He has been published in the Washington Post, Charlotte Observer, Politico Magazine, Time, and many more, and has appeared on NPR, CNN, and MSNBC. Bailey was a Nieman Fellow at Harvard University and has taught journalism and applied ethics at Coastal Carolina University. He currently lives in Myrtle Beach with his wife and two children. He is the author of My Brother Moochie, now available in paperback.

The Novelist and the Medical Examiner: A Love Story 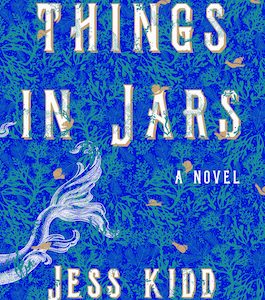 The nurse, Mrs Bibby, sits with her bad leg on an upturned bucket. Strong and square of body and delicate of wrist and neck,...
© LitHub
Back to top