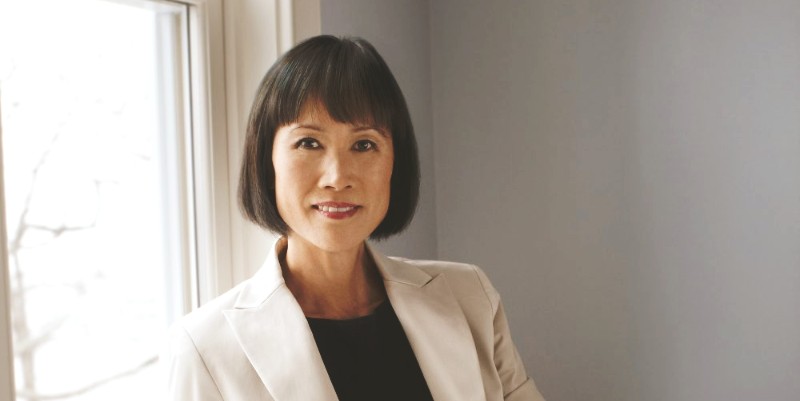 How the creator of Rizzoli & Isles went from working late-night hospital shifts in Honolulu to writing bestselling thrillers.

Tess Gerritsen’s father warned her against a writing career. He was concerned she couldn’t make a living doing what she loved.

She grew up an avid reader, imagining herself inside a Nancy Drew plot and later as a character in a fantasy by J.R.R. Tolkien, Isaac Asimov or Arthur C. Clarke. “They made your brain work in ways you never imagined,” she says.

But Asian parents, she says, don’t necessarily see the arts as something you can make into a career. Which is why so many steer their kids toward the sciences. So Tess entered medical school instead and became an internist. Or as she describes it, she practiced internal, non-surgical adult medicine. “Everything you can treat with a pill.”

During her residency rotating among Honolulu’s four hospitals, she would often have hours of downtime late at night while working one of her 36-hour shifts. She used the time in the on-call room to write short stories.

She had no plans to publish until she took her first maternity leave during her second year of residency. Fortunately, she says, her first child slept a lot and she could continue to write.

Tess read about a short story contest in a local magazine. She entered and won, which for the first time made her seriously consider writing long-form fiction as a career. She began to read Harlequin Intrigue romantic thrillers and thought she could do that.

Her formal craft training? “I read a lot as a kid. I compare it to learning to be a musician. You can learn to be a musician by listening to music and with lots of practice, and I think that’s the same thing as writing.”

In fact, the closest proximity she has come to a formal education in the craft was at Stanford University. Because she scored so well on her advanced placement test for college, Tess skipped freshman English. Instead, she says she took a novel writing course for fun.

During her second maternity leave in 1984, she began writing novels that “went nowhere.” She was working part-time while raising two small children, all which won her two-dozen rejections from agents. But then she changed course in 1986 and began working on a new manuscript, Call After Midnight, a romantic thriller. She submitted it in 1987 to Harlequin Intrigue while simultaneously sending her manuscript to agent Jay Garon.

“I sold it very quickly,” she says. “I think it finally happened after putting in the 10,000 hours and learning more about plot structure and character.”

After three years of struggling with other novel-length manuscripts and after a year of work on Call After Midnight, Tess was finally published. But the financial rewards appeared slim. She received a $6,500 advance and no royalty checks followed. It appeared that was about all she could expect to earn on a romantic thriller. “You couldn’t make a living like that.”

But she did think it odd she wasn’t receiving any more royalties because, “Call After Midnight initially did well compared to others in the Harlequin Intrigue line,” she says. “I had no idea it was actually earning royalties until I asked Harlequin directly. They revealed they’d sent several checks to my agent, who never forwarded any money to me.”

After a letter from her lawyer—who was also her cousin—the royalties arrived and she departed Garon.

What did she learn from this experience? “The most important thing was that it affirmed I could earn money from my writing,” she says. “My husband, who thought he was marrying a doctor, was nonplussed about my turning to writing as a career. This was a clue that maybe it wasn’t such a bad idea.”

So she continued to write. In 1990 after 12 years in Hawaii, she quit medicine altogether for a full-time writing career. The San Diego native and her family moved to Maine where they had often vacationed. “It’s a fantastic place to write. There are a lot of creatives up here. It’s been great for my career. The winters are really great for focusing the mind.”

“After my first novel, I think I was in the apprentice phase and was learning on the job. I learned to feel more comfortable with my process, which is seat of the pants. I learned that I should never give up on a book until I’d written the entire first draft. I learned how to work with editors, how to revise and how to stay on track. I’m not sure anyone really knows what will sell or every book would be a bestseller. But I did learn what doesn’t sell. I won’t write books where children or animals are harmed, or books about cancer.”

But she would soon write a book about organ transplants that would end her apprenticeship for good.

After dumping Garon as her agent, Tess worked with Alice Orr for several years. Alice finally decided to retire and gave Tess a list of 10 agents she recommended to replace her. Tess submitted a query letter to Meg Ruley with the Jane Rotrosen Agency, because, Tess admits, she liked her name.

Meg acknowledged later she picked Tess out of the slush pile in 1995 because she liked her stationary. And it wasn’t until their connection that Tess’s career changed direction. Tess told Meg about an idea for a new manuscript she was working on she called “Harvest.” Talk about love at first sight.

“I never imagined I would write something that made that much. Then I had to finish the book—which made it the most high-pressure summer I ever spent.”

“She said send me 100 pages. It was all she needed to make the deal.” Meg was going to set up an auction but, “Simon & Schuster made a pre-emptive bid and the offer was like winning the lottery. I never imagined I would write something that made that much. Then I had to finish the book—which made it the most high-pressure summer I ever spent.” 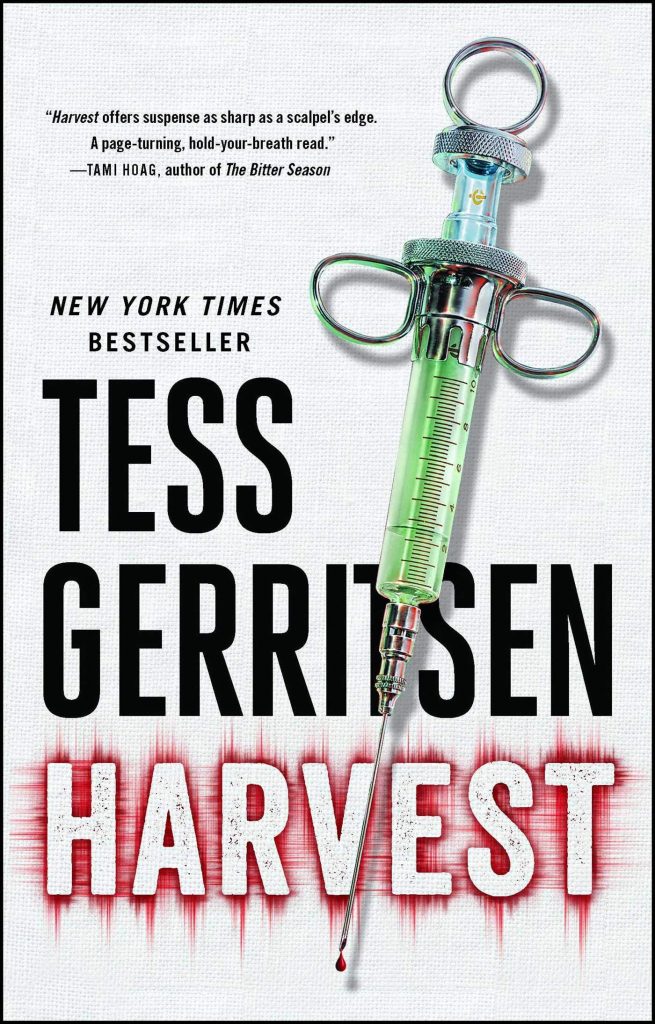 Tess, who is Terry to family and friends, chose her pen name early because she feared the spelling of her real name would confuse readers about her gender. Since her first novel, she has gone on to write Gravity and many other bestsellers, including the Rizzoli & Isles thrillers, which were made into a popular television series starring Angie Harmon and Sasha Alexander (2010-2016).

Today, she writes nearly one novel a year. When she writes, she considers her first draft an elaborate outline. Then she goes through six or seven rewrites before she is satisfied with her work. Developing in-depth characters, she says, was the hardest thing to master. Now having mastered medical, crime and historical fiction, she’s earned the privilege to write and create what she wants.

“It’s all about what strikes my fancy…I love what I do. I love the story telling and the chance to explore so many different worlds.”

That exploration recently found her working with her son on a documentary, which is now in post-production. She is also collaborating on a new novel with writer Gary Braver about a college professor who has an affair with his female student who ends up dead. It’s based on the #MeToo movement. She is writing the female point of view and he the male.

“The male point of view did surprise me,” she says “I went to my husband and asked, ‘Do men really feel this way?’ He said, ‘Yes they do.’” Because most fiction readers are female, she said they decided to tone down the male perspective a bit in the final draft of the manuscript. “I think I learned a lot—maybe not all good—about men,” she says.

Years after she became a bestselling author, Harlequin Intrigue rereleased Call After Midnight. That “little romance novel,” as Tess describes it, went on to sell more than a million copies worldwide.

As exciting as it is that her first novel eventually became a worldwide bestseller, she says, “nothing will ever match that first call you ever get from an editor.”

I want to be a writer: Childhood

Advice to writers: Read a lot. Start writing and don’t stop to fix anything. Finish the draft. Before that, I think it’s important to hear your characters talk to you. 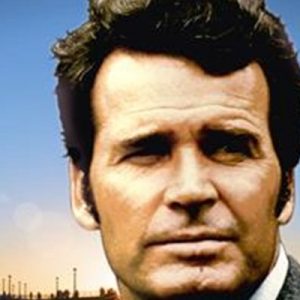 I don’t remember why I watched the pilot episode that came on one night after dinner in 1974: in those days before our family...
© LitHub
Back to top