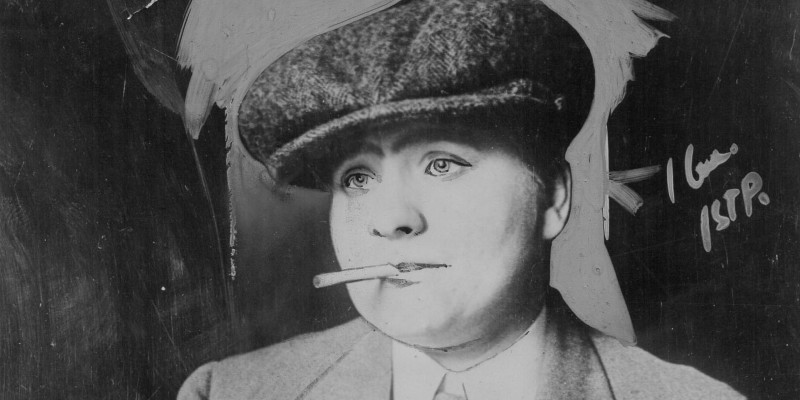 An author takes a look back at some of the most iconic women crime-solvers.

Curiosity may have killed that unfortunate cat, but it is also responsible for the most important discoveries and advancements in all of human history. If you never wonder about anything, if you don’t use your imagination to visualize new or strange possibilities, then nothing ever changes.

The Brontë sisters created an environment around that was rich in curiosity and imagination, and fueled their creativity. Even living a relatively isolated life in a Yorkshire village, on the edge of the moor, they wanted to know everything, experience everything, feel everything. They read every book they could get their hands on, Emily and Charlotte travelled as far as Brussels and Anne saw for herself the darker more destructive side of life through her brother Branwell and the abused wife of a curate who her father helped escape misery.

In my mind there is no doubt that the three sisters could have been excellent detectives, if they had wanted to be. And as fictional detectors in The Vanished Bride they become part of a long line of brilliant women, both real and imagined, intent on seeking out the truth. Here are my top five favourite female detectives. 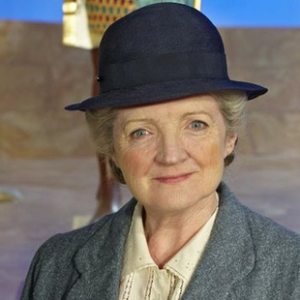 Of course, you can’t write a list featuring a sisterhood of sleuths without mentioning the grand dame at the very top of the list. Agatha Christie herself would have made a perfect detective, she was a woman who saw the dark potential for evil in every setting, and Miss Marple is perhaps her most true expression of this. An older woman, and a spinster she is exactly the kind of woman who is so often overlooked and dismissed by broader society. Like the detecting Bronte Sisters in ‘The Vanished Bride’ she uses this to her advantage. The way other people perceive her is her greatest weapon. Put her into archetypal English setting, pretty gardens and quaint picture villages in a world where everything stops for tea at four, and she is the perfect person to uncover the dark secrets that exist just beneath the veneer of polite society. Shrewd, unflinching and quietly fearless, Miss Marple sets the bar high. 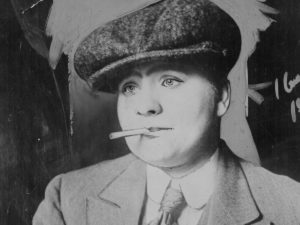 Maud was real-life private detective who was London’s and, I suspect, the UKs only female private detective at start of the twentieth century. Quite a celebrity in her day, with a career spanning more than thirty years, West claimed her work took her all over the globe, from London to Paris, to the U.S and back again. A renowned mistress of disguise she often impersonated men from all walks of life – from sailors to aristocrats.  Who was Maude truly, and what kind of woman did it take to make such a mark on a male dominated, class conscious world when the art of detection was just coming into its own? Happily, in the course of writing this list I’ve discovered that we can read more about the remarkable Maude in Susannah Stapleton’s biography ‘The Adventures of Maud West, Lady Detective in the Golden Age of Crime’, and I am going to do just that! 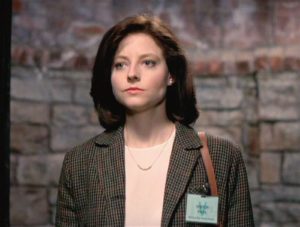 Clarice, and her epic battle with, in my opinion, the world’s best villain Hannibal Lector, is one that has caught imaginations around the globe. What it is about Clarice that makes her so very compelling? Well, for me it’s that she is an everywoman – as readers we can identify with her. Her fragility is her strength, as it is for some many women. And Clarice is a survivor, coming from a tragic background, full of pain and loss (much like the Brontë sisters) but she refuses to be broken down by her past. Sure, what happened to her as a child defines her, but instead of holding her back it propels her forward. Clarice will never look away from what most of us might find uncomfortable and terrifying. No matter how scared she is, she will pursue her man, and the truth until the bitter end. What makes Clarice so courageous, so clever and compelling is that she wears her heart on her sleeve, indeed she uses herself, her own pain, as the ultimate lure; a tool to unlock one of the darkest minds in fiction, good old Hannibal the Cannibal, himself. 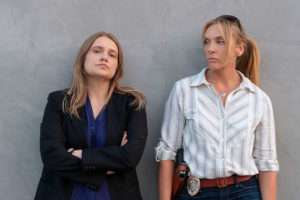 I’m slighting cheating here, and linking up two amazing true detectives from Colorado, USA, Detectives Stacy Galbraith and Edna Hendershot. If like me, you were captivated and moved by the recent Netflix drama based on their true story, Unbelievable, you will already be aware of their incredible work catching a serial rapist hiding in plain sight. As brilliantly reported by Pulitzer Prize Winning journalists T. Christian Miller and Ken Armstrong, these two women teamed up to relentlessly go after the truth, in the face of a culture that often disbelieved and doubted victims. This investigation wasn’t about car chases, or moments of inspiration. It was about hard work, quite a lot of admin and a stoic determination to look at every little detail involved with potentially linked cases until the suspect could be identified. More than that, Galbraith and Hendershot believed the victims, no matter their background or response to be attacked. They gave these women back their dignity, integrity and life. Two real life heroines.

Finally, I’m finishing this short summary of women who can, with my favourite modern gothic fictional female detective DS Harbinder Kaur of the recently Edgar award winning novel ‘The Stranger Diaries’ by Ellie Griffiths. As far as she knows Harbinder is the only gay Sikh detective in Sussex, U.K and I love her character, in a novel full of intricate and perceptive characterisation. She is a woman who is caustic, clever always ready with a quick retort and—deep down—extremely kind hearted. It is up to Harbinder to unravel the tight knot of mystery surrounding the murder of a teacher, and how it mirrors a gothic short story taught by her colleague and friend—the prime suspect. Though she is a twenty-first century woman Harbinder echoes a lot of the qualities of my fiction version of the Bronte Sisters. She is determined to make her mark in a world that is not designed for her, and she knows that she has the ability, drive and talent to do it. Harbinder won’t stop until she knows the facts, and she won’t let anything or anyone stand in her way. She’s strong, smart and tenacious. All the qualities that make a brilliant detective. 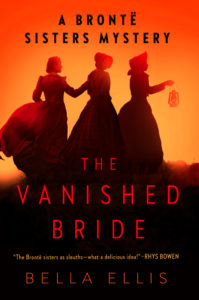 Bella Ellis is the Brontë-esque pseudonym of an acclaimed author of numerous novels for adults and children. She first visited the former home of the Brontë sisters when she was ten years old. From the moment she stepped over the threshold she was hooked, and she embarked on a lifelong love affair with Charlotte, Emily, and Anne; their life; their literature; and their remarkable legacy. 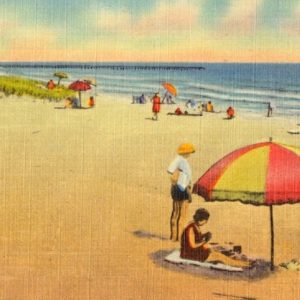 Growing up in North Carolina, going to the beach was a common family vacation trip. We have so many gorgeous beaches, and no matter...
© LitHub
Back to top