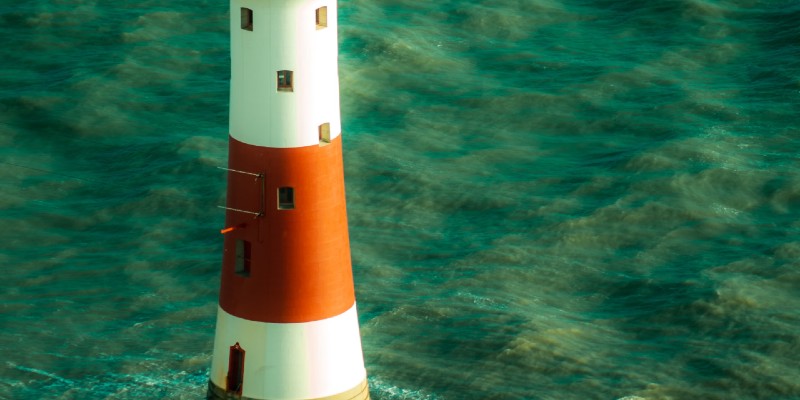 A reminder of the past, a marker of civilization...and sometimes a playground for our worst fears and anxieties.

People are fascinated by lighthouses and with good reason. Not only are they important historical sites and highly visible landmarks, lighthouses speak of reliability and safety, a constant point in a changing world, yet at the same time they contain an aura of isolation and hints of mysterious goings on that might have happened within.

The first lighthouses were nothing more than buckets of flaming pitch hauled up to the top of a tall pole, to show fisherman or sailors the way home. These lights were essentially to help one’s family or villagers find their way at night. But over the years the primary purpose of a lighthouse became to protect people one might never even meet. A ship, simply passing in the night.

Imagine being on a leaky, creaky sailing ship. A dark night, a terrifying storm. A near, but not visible, coastline, dangerous currents, and sharp rocks.

And then, visible though the dark, a brief flash of light telling you where you are, and what dangers to avoid.

These days, with satellite navigational systems and coasts lit up enough to be seen from space, a lighthouse is little more than a quaint relic of the past. But they are marvellous places to visit, a reminder of the past, and I believe a true marker of civilization.

In By Book or By Crook, the first book in the Lighthouse Library Series I write as Eva Gates, Lucy Richardson is having dinner with an old friend.

“A lighthouse,” Connor said at last, as the Roanoke light flashed, “is a truly marvelous thing.”

“So much more than that. At the Currituck Light they have a saying on the wall I always remember, ‘to Illuminate the dark space.’ That doesn’t seem so important in today’s world, where there are so few truly dark spaces. Particularly along most of the coast of North America. Lights on the eastern seaboard are so bright some cities scarcely have night any more.  But in the old days, the days before electricity? Imagine being out to sea, in a warship powered only by wind or a small fishing boat on a cloudy night, no radio, no satellite guidance, a storm raging all around. And then, in the distance, that flash of light. And you would know you were not alone.”

By Book or By Crook by Eva Gates

There are nine books now in the Lighthouse Library series, all of them centered around the Bodie Island Lighthouse, which is a real place outside of Nags Head, North Carolina (although the real building is not a library) and I’ve greatly enjoyed delving into the history of that lighthouse and lighthouses in general. The lighthouse in which the library is situated is a benevolent environment, the warm center of the community, but lighthouses have been represented in many ways in fiction.

It’s to capture this sense of history, or beauty, or even fear of isolation that I love books set in lighthouses, and they can come in all moods.

On the lighter side, Kate Carlisle writes a cozy series set in the fictional California town of Lighthouse Cove, where the lighthouse is ever present, guarding and protecting the town, even if only in theory.  Lighthouses have largely been replaced by modern communications these days, and many are being decommissioned. Some are destroyed, but some are saved and turned into museums or used for other purposes. In the 9th book in Carlisle’s series, Absence of Mallets, Shannon Hammer, a contractor, has been hired by the private owner of the unused lighthouse to restore the building to its original glory. Descriptions of the grand old building and the careful work being done to restore the lighthouse fill the book and add to the charming atmosphere.

Any time you’re poking around in an old building, you have marvelous fodder for a mystery novel.

Elizabeth Penny’s Bodies and Bows, part of the Apron Shop series, also concerns the renovation of a lighthouse, and the establishment of a museum, intended to show what life was like in days past for the keeper and his family. While cleaning out the old place, Iris Buckley finds a Korean War era love letter left behind by daughter of the last keepers before the light went automated, and she sets out to find the soldier who sent the letter. Descriptions of the lighthouse and the careful work being done to record what life was like for the people who lived and worked there, are drawn with a loving hand and provide a pleasant complement to the mystery plot that ensues. The books are set in the fictional town of Blueberry Cove, but the lighthouse in the book is inspired by the one at Pemaquid Point, Maine.

Far from quaintly-named towns, and long-lost, romantic letters, the true life history of lighthouses is more often one of people battling both the elements and their own isolation, themes that are readily adaptable to suspense fiction.

The Light Between Oceans by M.L. Stedman is a haunting story of life on a remote lighthouse in the early years of the 20th century. Off the coast of Australia, a young, traumatized WWI veteran and his new wife are the sole occupants of a light station so remote their only human contact is with the supply ship which visits them four times a year.  It would be hard to think of a more isolated place to live than such a remote lighthouse in the days before electronic communication. What sort of secrets, what moral challenges, might one face living a life so isolated? And what about the eventual return to shore, if you bring your secrets with you?

The book was made into a movie in 2016 starring Michael Fassbender, Alicia Vikander, and Rachel Weisz.

The Lightkeepers by Abby Geni explores the same themes of isolation as The Light Between Oceans, but in modern times. A photographer has been assigned to record a year on a scientific research station on an island off the coast of California. The building in which the group live is next to the abandoned lighthouse. “black and solid against a bank of clouds”.   This lighthouse is not lovingly maintained, instead:  “The walls were so smeared with guano that they resembled a Jackson Pollack painting. Lichens and moss curled in the corners”. The photographer is attacked, and eventually someone in the small group is murdered. The small-group dynamics and closed circle of suspects in total isolation provides the focal point of the plot, along with marvelous descriptions of the wildness of the landscape and the non-human inhabitants who live there.  Who knew seagulls could be so dangerous?

Whether in real life or in fiction, lighthouses are mysterious, and strange things have happened there. In 1900 three lighthouse keepers simply vanished from Eilean Mor, an otherwise uninhabited island in the Outer Hebrides of Scotland. In her 2021 novel, The Lamplighters, Emma Stonex moves the time to 1972 and the place to the coast of Cornwall. The story begins when the regular supply boat arrives at the rock on which the lighthouse stands (not an island per se, just a rock holding up the building – no place to which to escape). They find the door locked from the inside, the table set for the next meal, the principal keeper’s log recording an intense storm – although there had been no storm. And no trace of the three men who live there in monthly shifts. Stonex deftly weaves the tale of the men’s experiences leading up to what transpires and the lives twenty years later of the wives they left behind, into a story that is a tale of intense psychological suspense, part horror, part mystery.

This book could only be set in a lighthouse – isolated, remote, at the mercy of the weather and the elements. Three men, confined together, facing the elements as well as their own demons. And the women at home – hating every glimpse they get of the view of the foreboding lighthouse out their kitchen windows. 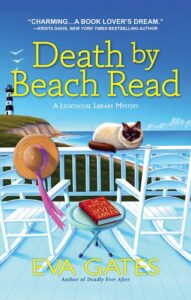 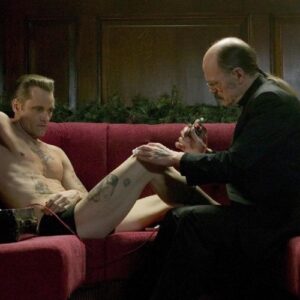 David Cronenberg is that rare filmmaker who is a genre unto himself, such that his name has become an adjective. Yet, when...
© LitHub
Back to top