The Life of Nadezhda Popova

Two days after the Christmas of 1921, a wild little girl named Nadezhda Vasilyevna Popova was born in the Ukraine. She was a lively kid, a perpetual motion machine, born with a burning desire for excitement, for adventure. When she was 15, she found that excitement by joining one of the Soviet Union’s many flying clubs. She trained as a pilot, and then began working as a flight instructor. She was all set to sail through peaceful skies for the rest of her life—and then, a few months before her 18th birthday, World War Two began.

Nadezhda thought she might join the war effort as a pilot, but she was barred from enlisting. There was a sense in the Soviet Union—and in plenty of countries involved in both sides of the war—that sending women out to the front lines to die was, morally, or at least aesthetically, displeasing. The place for women in the war was at home: working in factories, rationing the sugar.

Whatever frustration Nadezhda felt at being turned away from the job morphed into rage, agony, and a burning sense of patriotism in June of 1941, when Nazis invaded the Soviet Union, taking over her parents’ home and turning it into a Gestapo police station and, worst of all, slaughtering her brother. For the rest of her life, Nadezhda would remember seeing German pilots come screaming over the streets of her hometown, gunning down women and children as they tried to abandon their homes. “Seeing this gave me feelings inside that made me want to fight them,” she remembered later.

The war had been political before, for girls like her. Now it was personal.

Unfortunately for the Russian army, but thankfully for girls like Nadezhda, Russia soon changed its stance on the whole women-can’t-fight thing, as they desperately needed more bodies to swell their country’s ranks. By October of 1941, Stalin was forming three female pilot regiments, one of which was called the 588th Night Bomber Regiment. 19-year-old Nadezhda was thrilled when she was allowed into the 588th, and was immediately plunged into a grueling training program, during which she was expected to learn in a couple of months what male pilots were given years to absorb. When she and her fellow pilots weren’t learning to corkscrew through the sky, they were facing skepticism or outright sexual harassment from the male pilots, who felt irritated and threatened at the fact that all these young women were suddenly participating in their world. 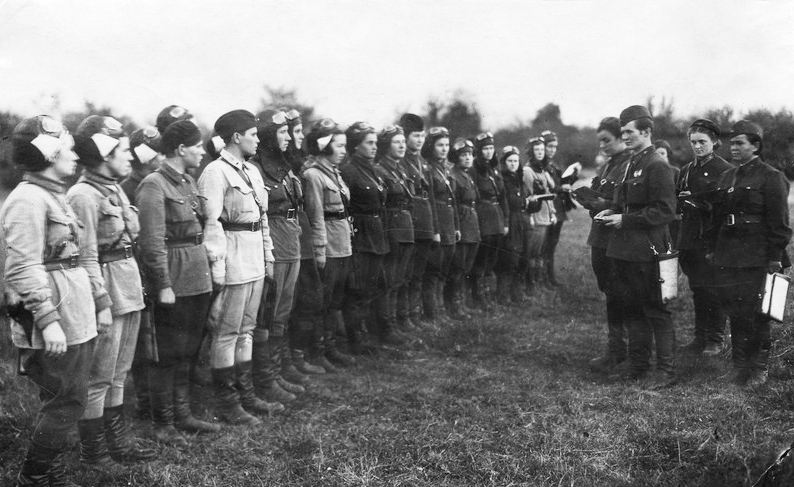 Before long, it was time for her first mission. She crept out into the night, in one of the cheap little planes that all of the female pilots were given. Her mission was to drop two bombs on the Nazis, one tucked beneath each wing of her plane. But something went wrong, and she watched in horror as two of her friends were shot from the sky and plunged to their death. When she returned to camp, she was instantly given another mission. There was no time to mourn her friends. There was only the war. And so her new life began.

Her job was a brutal one. She and her fellow pilots—most of them teenagers or women in their early 20s—flew planes that may as well have been made of paper: they were old cropdusting crafts, flimsily built out of plywood and canvas, and the cockpits were open, so that the women didn’t just have to worry about Nazi antiaircraft guns; they also had to fight against frostbite. There was no budget for the female pilots, and so they wore old uniforms handed down from disgruntled male pilots, and old boots that were so big on them that they had to stuff the toes with scraps of cloth just to be able to walk. They flew at night, two to a plane, and their equipment was minimal: just a map and a compass and their own eyes, peering sharply through the darkness. They had no defensive ammunition on their planes—no way to return fire. To avoid the enemy’s bullets, they had to plunge into a nosedive and pray. The whole regiment could have been a joke—young girls with pink cheeks, rattling through the sky in junk planes—and yet to the Nazis, they represented Death herself.

For the rest of Nadezhda’s story—and the tales of four other women who fought Nazis—listen to episode 30 of Criminal Broads.

Miami Vice: How an Icon of 80s Cool Transformed a City and the Landscape of Television 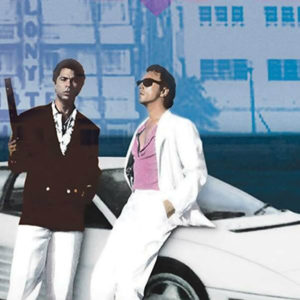 Miami Vice: How an Icon of 80s Cool Transformed a City and the Landscape of Television

In the mid-1980s, back when I was a single guy, I moved into an apartment on the beach in a small Florida town named Englewood....
© LitHub
Back to top