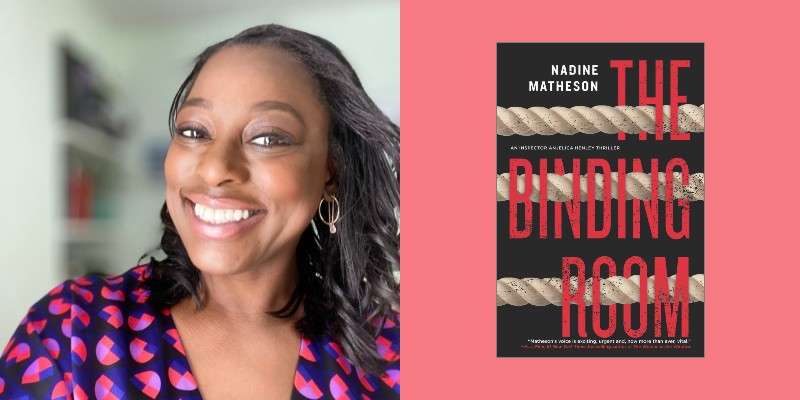 "I’ve represented people who have been accused of the most horrific of crimes and some of those people have been the vilest of people who I would be happy never to see again."

“For the writer, the serial killer is, abstractly, an analogue of the imagination’s caprices and amorality; the sense that, no matter the dictates and even the wishes of the conscious social self, the life or will or purpose of the imagination is incomprehensible, unpredictable.”
― Joyce Carol Oates

This well-known, incisive quote serves as a fitting introduction to the work of Nadine Matheson, a defense attorney in London who has just published her second Anjelica Henley thriller, The Binding Room. A sequel to her debut crime novel, The Jigsaw Man, a truly – and suitably – macabre exploration into the mind and actions of an unrelentingly evil serial killer who’s terrorizing London and is sought after by Henley and her fellow police operating out of the SCU – Serial Crimes Unit. Suffice to say, the killer, an over-the-top psychopath named Olivier, rampages his way through the City until Henley and her unit finally end Olivier’s killing spree, enduring depravity and violence themselves…Except, Olivier is not in custody – he’s disappeared into The Thames – drowned? For Henley, he may be gone, but certainly not forgotten.

At the end of The Jigsaw Man, Matheson plays it a bit coyly, leading one to assume its successor, The Binding Room, will have the cat and mouse machinations continue. But they don’t.

Instead, Henley and company are summoned to a murder scene in a megachurch, The Church of Annan the Prophet. Black, charismatic preacher Caleb Annan has been stabbed repeatedly. “Henley’s cheek flinched at the gaping hole in the pastor’s own cheek. The open wound exposed his jawbone, molars and a mottled tongue nestled amongst the concealed blood.” As Henley and her partner conduct a search of the extensive premises, they discover a body in a storage room, “The skin on the bottom of the feet was a patchwork of blackened blistered skin…Red rope, encrusted with dried blood, had been tied around his wrists. He was completely bound.” And yet, when the coroner takes a closer look: he’s still alive.

In a recent interview via email from her London digs, Matheson, when asked how – and why – she chose this grisly and popular crime fiction subgenre, alludes to her own reading in the 90s.

“I’m sure that I first read The Silence of the Lambs when I was 14 years, most likely because I wanted to see the film but couldn’t because it was rated 18. Even though the murders that I read about and consequently write about are grisly and I would also say intricate, it wasn’t the murders that intrigued me about Hannibal Lecter but it was also how his and Buffalo Bill’s mind worked.”

What could be the reason anyone, even an attorney, would want to represent such an overtly repellent person? “I’m always interested in what motivates people. I’ve represented people who have been accused of murder and in most cases, those accused of murder were either defending themselves or another person and, in those cases, the lack of intention to kill was evident. I’ve only represented one defendant who had intended to kill, in this case my client had murdered his wife because he wanted the life insurance money, and he also had a younger girlfriend who he was constantly trying to impress. The monetary intention in that case was crystal clear… I’ve represented people who have been accused of the most horrific of crimes and some of those people have been the vilest of people who I would be happy never to see again.”

As with The Jigsaw Man, Matheson initially paces The Binding Room’s narrative at an almost languid pace, until its final third. Then the story takes on a propulsive velocity and is nearly unbearable in terms of the page-turning, anxiety-driven suspense. More bodies, more death, more mayhem.

As a black woman, Henley faces push-back simply for her skin color. “She’d had to fight against the preconceptions that she, as a detective, who was a black woman, was complicit in not making crimes against people of color a priority.”  While the SCU is comprised of all manner of people – a Sikh partner, a gay cop, an Asian pathologist, most of whom respect Henley, there’s also the constant presence of a former lover who…hmm, she still seems more than fond of. Yet he’s cozying up to a white, opportunistic, local MP who’s criticizing the speed of Henley’s investigation and who sits on the “Community Policing Panel” – further complicating the often uneasy dynamic of the SCU.

At times, it’s difficult to root for Henley – she’s not a sympathetic protagonist. Although she’s married to Rob, a journalist, and mother of a young daughter, she rarely is at home – married to the job instead, a regular trope in detective fiction. (Rob – so put-upon, a resentful partner to be sure…why is she even married at all? Why does he stay with her?) Yet if her compassion seems lacking in a familial way, her devotion to the job and its subsequent victims is unsurpassed.

“I didn’t even like Henley when I first met her,” says Matheson. “I thought that she was narrow-minded and hostile, but I became more invested in her the more I wrote of her and the more I learnt about her. She was passionate and I wanted to see where and how her story progressed and I wanted the same for the readers.”

And how does Matheson manage her own life as a novelist and barrister? “My working day would usually start at 9am if I had a case listed for trial and would finish at 4.30pm but then the evenings would be spent continuing with my trial preparation or drafting legal arguments, but it doesn’t stop there as I also teach in a law school. A day could easily consist of me being in court in the morning and then teaching criminal law in the evenings. It’s easy to say that being organized was the key to being able to balance being a lawyer and a novelist but what you’re really doing is learning how to steal time.”

But she has a head start, in effect: “My legal career has informed my writing career both practically and creatively. On a practical level, I have always used the three-act structure when drafting a jury speech. The main point of any jury speech is to be persuasive, but we are always telling a story, we have a plot i.e., the prosecution’s case, the defendants and witnesses are the characters.”

So, what’s next? Does the odious Olivier make a return appearance? After all, he may not really be dead! Is there even a book three coming? The Binding Room ends on a somewhat puzzling note…what gives?

“Henley is unconvinced that Olivier is dead”, says Matheson, “and I suspect that she won’t be at peace until she sees his body in the morgue. As tempting as it is, I’m not going to give away any spoilers about The Binding Room, except to say that Olivier doesn’t make an appearance, but you will learn more about Henley and everyone in her life.” (And here again is that rather endearing quality Matheson, as puppet master, reveals about her own relationship with her protagonist – she’s not sure herself just where she’ll be led…)

With its mix of familiar serial killer DNA and a uniquely cranky, headstrong and onerous contemporary London cop, Matheson in the end has created a riveting blend of lurid narrative with an essentially unhappy domesticity – quite a juggling act, but she pulls it off with aplomb.

A Roundtable Discussion on The Meaning of "The Other" 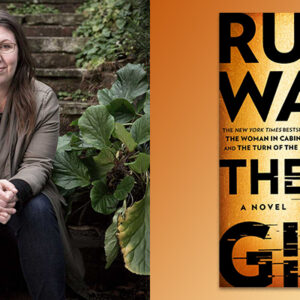 At this point, after reading every one of Ruth Ware's books as soon as I could get my greedy little hands on them, I would...
© LitHub
Back to top