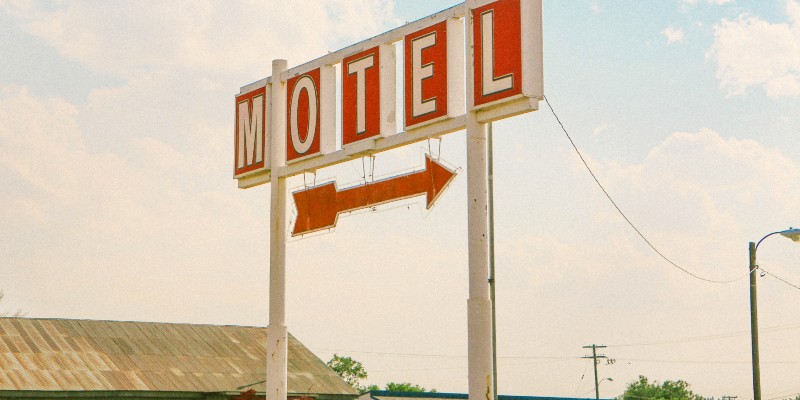 What is it about the familiar doomed-hotel trope: arrive excited for your stay and never check out? It gets me every time. In fact, when done right, hotels are so much more than background settings in novels. They are characters in their own right. They breathe. They move. They whisper.

Be they quaint inns, tropical resorts, cheap motels or grand chateaus, for as long as I can remember, I’ve been enchanted by hotels. I even spent half a year working in a giftshop in a five-star luxury hotel to pay for grad school, and it was one of the best jobs in my life—a treasure trove of inspiration that informed my novel, The Hitman’s Daughter. Writers often reference airports for people watching, but believe me, nothing beats hotels. There’s something utterly fascinating about the traffic and activity of overnight guests, in and out. Then there are those who stay the week and never depart. That’s right: Every hotel has a body count (not that you could tell).

Whether located in fiction or non-fiction, centuries old or newly built, hotels are seeping with stories and secrets. Think about it: When was the last time you stepped into a Holiday Inn and didn’t pick up on a vibe? In fact, we might argue the most timeless, strongest vibes in hotels are those that are spine-tingling and hair-raising. Bloodstain on the thirteenth-floor carpet, anyone?

We’ve all read, watched film-adaptations or, at least, heard of chilling horror-hotel staples like Psycho by Robert Bloch (1959) and The Shining by Stephen King (1977). (I could go on—1408 is another great example of the trope by King published in 1999.) But what about more recently published novels of “deadly” inns? Better yet, what about suspenseful stories for the twenty-first century that do more than represent women characters as the screaming victim behind the bloody shower curtain or chopped-down door? Luckily for us, these five contemporary novelists not only retire this gender stereotype, they each offer readers an original spin on the creepy hotel setting. 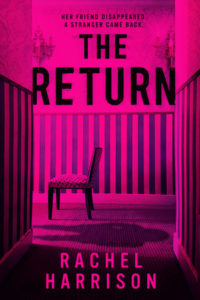 For a fresh female-empowered take on the “trapped in a remote hotel” trope, look no further than The Return by Rachel Harrison. This book works on so many levels: from its witty prose, to its eerie-yet-quirky boutique inn, to its psychological exploration of female friendships. The plot follows four best friends who find themselves guilted into a girls’ retreat gone wrong after one of the BFF quartet goes mysteriously missing and turns up a year later with no memory whatsoever of her traumatic disappearance. What starts off as an awkward if not wistful reunion soon turns increasingly horrific as the weekend progresses—thanks to the isolated inn. Think Stephen King pumped full of estrogen and chardonnay, then add a splash of fashion. 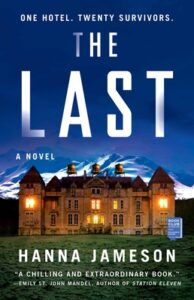 The Last by Hanna Jameson combines a thought-provoking, dire hotel setting with a suspenseful speculative bent. Set in a remote Swiss hotel, twenty near-strangers find themselves locked together and struggling for survival after a nuclear bomb hits Washington, DC. Oh, and as if the characters didn’t have enough problems to contend with—like the apocalypse leaving them stranded and cut-off from any hope of rescue—a child murderer is in their midst…or so implies the body of the girl found floating in the hotel’s water tank. Throw in some eerie history of infamous guests committing suicide over the years, and Jameson delivers readers one hell of an atmospheric setting in this dystopian novel. 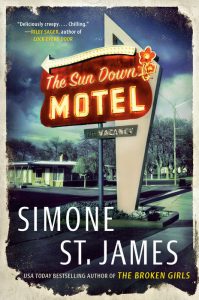 The Sun Down Motel by Simone St. James offers all the evil of a haunted hotel classic, with the satisfying bite of a feminist voice. Rather than represent women as helpless victims, this novel features not one but two smart, tenacious female protagonists. Told in alternating points of view and shifting from the nostalgic 80s to the present-day, this intricately layered story will keep you guessing until its twisty and deeply satisfying end. The setting alone is worth the read: a seemingly time-capsuled roadside motel where at any given moment, the lights may mysteriously flicker, the doors may unlock themselves, and guests with a grudge may linger long after they’ve departed. 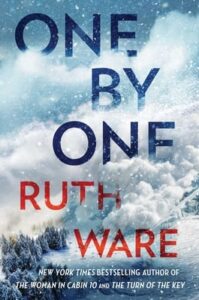 One by One by Ruth Ware is another knockout mystery by the author, this time set in a picturesque chalet in the French alps. In fact, it’s not so much a creepy-hotel factor here, but the chalet’s seclusion, small quarters, and promise of “deadly” privacy that makes this destination a winner. In the vein of Agatha Christie’s And Then There Were None, Ware offers a “no-escape” setting of the best kind, where eight professionals are isolated together during a mandatory work retreat, along with two 24/7 staff members. You’d think a business trip to a cozy chalet would be paradise, and of course, for Ware’s characters who range from the suspiciously secretive to the sharply manipulative, it’s anything but. As the weather conditions worsen and the plot crescendos toward its killer avalanche, so too, do these characters fall towards their chilling, impending doom. 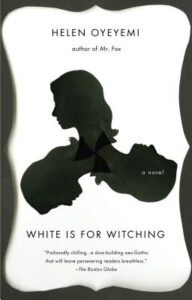 White is for Witching by Helen Oyeyemi is a superb literary work that I couldn’t not highlight for this topic. Oyeyemi’s development of setting is both surreal and masterful. While the novel features an English house that has been turned into a bed-and-breakfast, guests beware: there is a menacing history and presence here. In fact, remarkably, the B&B itself is one of the plot’s narrators. This is not to mention the maternal line of ghosts that reside in the house and haunt the main character. Altogether, the novel weaves a deeply disturbing atmosphere anchored by the Silver House bed-and-breakfast to explore unsettling themes of consumption and xenophobia over time and place.

And there you have it. Be it horror, dystopian, historical, mystery or literary fiction, the creepy hotel slips across genres and decades in five recently published novels. In the twenty-first century, the “modern murder inn” is revamped, and its rich setting continues to guarantee readers a thrilling, blood-curdling escape, time and again. 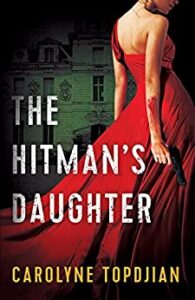 Carolyne Topdjian is a suspense writer with publications in PRISM International, Dreamers Magazine and Firewords Quarterly. She has an interdisciplinary PHD from York University and is a professor in the Faculty of Media and Creative Arts at Humber College in Toronto. She is a two-time Pitch Wars mentor and lives in a 112-year-old haunted house. This is her first novel. Find her online at: carolynetopdjian.com and on Twitter @TopdjianC

Eight Books About What It Means to be Human 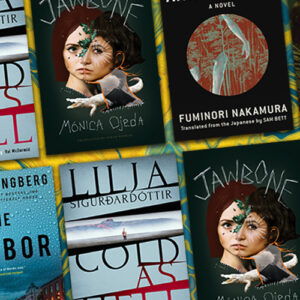