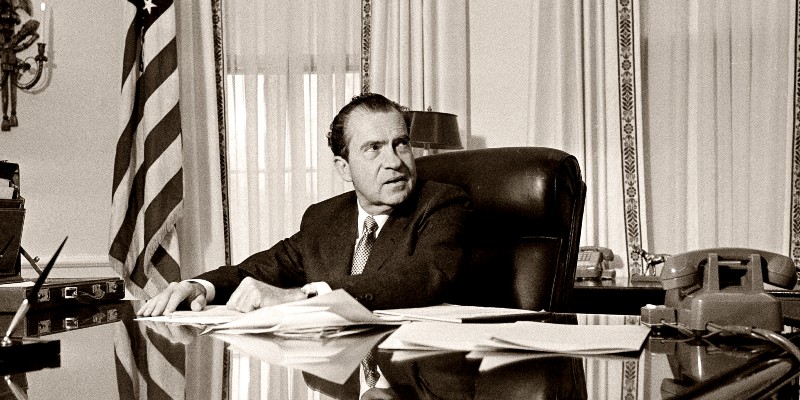 Other Presidents had tape recorders. Nixon had a secretive network of hidden, voice-triggered bugs all over the White House.

The tape recorders in room WT-1 were activated by an ingenious system of electronic signals that did not require the pushing of buttons. The Secret Service logged the president’s movements around the White House. Aides could determine his location from panels of twinkling bulbs hanging above their desks, similar to the device used in English country homes to summon servants. The First Family Locator system powered up individual tape recorders, depending on the room Nixon had just entered. The Uher machine hooked up to the telephone in the Lincoln Sitting Room—extension 586—had switched itself on automatically after Nixon returned to the residence from the Kennedy Center. When he picked up the receiver to call Colson, the voltage on the line dropped. This was the signal to start recording. Placing the phone on its cradle produced a small spike in the voltage that turned off the recorder. 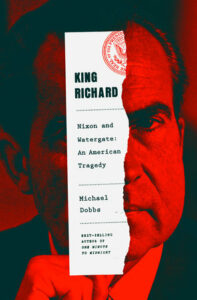 The taping system in other parts of the complex depended on a combination of locator devices and voice activation. The president had to be physically present in the Oval Office or his hideaway retreat in the Executive Office Building next door for the designated tape machine to power up. The recorder switched itself on whenever Nixon, or one of his aides or visitors, began to speak. It switched itself off after fifteen seconds of silence.

When first elected president, Nixon had recoiled from the very idea of a recording system. Informed that his predecessor, Lyndon Johnson, had routinely taped many of his telephone calls, he ordered that the equipment be removed, along with other LBJ gadgets, such as a triple-screen television monitoring system. But after two years in office, his thoughts turned increasingly to his own place in history. He appreciated Winston Churchill’s dictum that “history will be kind to me for I intend to write it myself.” Writing the kind of memoir he had in mind—one that would meticulously chronicle his accomplishments, settle scores with his enemies, and put uppity subordinates like Kissinger in their place—required the keeping of an authoritative record. Naturally, this record would be under his complete control. He alone would determine right of access. Apart from a very few trusted aides, no one else would even be aware of its existence.

Initially, he had included a note taker in important meetings, particularly with a foreign leader. The “anecdotalist” was also responsible for including some “color,” such as subtle changes of tone or facial expression, what Nixon called “the intangibles.” But it was difficult to find people with sufficient literary flair and high enough security clearance who were also completely trustworthy. The introvert president felt that the “scribbling intruders inhibited discussion.” He tried to dictate his own notes as soon as a meeting was over but was unable to set aside the necessary time. Another experiment involved stationing an aide outside the room to interview the people he had met. But this was also unsatisfactory, because it produced a skewed account of the conversation, from the point of view of Nixon’s interlocutors rather than the president himself. Eventually, at the beginning of 1971, Nixon reverted to the idea he had earlier rejected: taping his meetings and telephone conversations.

He discussed the possibilities with Bob Haldeman, who quickly identified a problem. “You’ll never remember to turn it on except when you don’t want it. When you do want it, you’re always going to be shouting—afterwards, when it’s too late—that no one turned it on.” That was a tactful way of putting it. Privately he considered the president “far too inept with machinery ever to make a success of a switch system.” Pat Nixon liked to joke that her husband had “almost killed himself” as a young man attempting to roller-skate. He was especially inept with tape recorders. He had trouble operating the Dictaphone that he used to record his private thoughts because he could not get the buttons straight. Any system that depended on Nixon to start and stop the recording was likely to fail, in Haldeman’s view. The solution, they both agreed, was devices that would switch themselves on whenever Nixon engaged in conversation. They instructed Haldeman’s assistant, Alexander Butterfield, to make the necessary arrangements.

To ensure maximum discretion, Butterfield turned to the technical security division of the Secret Service, the agency charged with protecting the president. The supervisor, Alfred Wong, immediately raised objections. His people were responsible for sweeping the White House to eliminate electronic eavesdropping devices, not installing new bugs, even officially sanctioned ones. They were not audio specialists. Wong mistrusted the “suede-shoe operators-hucksters” in the recording industry who boasted that they could guarantee high fidelity under any conditions. He foresaw a host of “environmental problems,” such as what might happen if the Secret Service installed a microphone in a table lamp in the Oval Office and the interior decorator wanted to take the lamp out. In that case, “we would have to wrestle him to the ground and get the table lamp back.” This was definitely “not a simple job of mixing a few martinis and hoping you can put a microphone in an olive,” he told Butterfield.

Butterfield was adamant. The president wanted a taping system. It was up to the Secret Service to create one “as expeditiously as possible.” Wong dropped his objections.

The first microphones and recording devices were installed over the long weekend of February 12–15, 1971, while Nixon was away in Florida, relaxing in the sun. Because there was insufficient time to design a state-of-the-art system, Wong instructed his men to use standard electronic equipment lying around their storage rooms. They spent the weekend drilling holes in the presidential desk in the Oval Office and feeding cables through the walls and floorboards. To test the microphones, they took turns sitting behind the presidential desk and holding conversations in different parts of the room. After experimenting with various options, they ended up concealing five microphones in the desk and another two behind lighting sconces on the opposite wall next to the fireplace. The microphones were connected, via mixers and switching devices, to a pair of Sony TC-800B reel-to-reel recorders in a disused telephone cabinet in the basement below. Wong’s men secured the steel closet with an iron bar and pick-resistant locks to prevent unauthorized access.

Butterfield demonstrated the Oval Office taping system to Nixon after the president got back from Florida. He explained that the recording devices were linked into the presidential locator board and were activated automatically, by voice. “It doesn’t have an on-and-off switch,” he informed Nixon proudly.

It was the absence of an on-off switch, not the practice of secret recording, that made Nixon unique. Every American president from FDR onward had made some use of magnetic recording devices first popularized in Germany in the mid-1930s. Angry about being misquoted by The New York Times, Roosevelt began to record his presidential news conferences in August 1940 after deciding to run for reelection to an unprecedented third term. Technicians installed a single microphone in a lamp shade on his Oval Office desk, linked to a “continuous film recording machine”—originally developed for the movie industry—that they hid in the basement below. The president activated the bulky machine from a control box in his desk drawer. He stopped using it after he won the election. Truman and Eisenhower both experimented with recording press conferences and scraps of private conversations but soon abandoned the practice. The first president to tape himself extensively was John F. Kennedy, who made a copious record of the anguished debates with his advisers during the Cuban missile crisis. Kennedy’s successor, LBJ, routinely recorded his telephone conversations, accumulating more than eight hundred hours of material he intended to use for his memoirs.

Like his predecessors, Nixon assumed that the tapes were his private property. After being shown the newly installed microphones in the Oval Office, he again demanded assurances that no one be allowed to listen to the recordings without his authorization. Butterfield assured him that “only five people” on the Secret Service staff were even aware of the existence of the tapes. “They only change the spools. They cannot monitor it.”

“Mum’s the whole word,” Nixon told Butterfield later that morning. He would not be transcribed without permission. There might be times when he would ask Butterfield to transcribe a specific conversation to “correct the record,” but the recordings and any transcripts were for him alone.

In accordance with Nixon’s wishes, the taping system was expanded over the next fifteen months to include the Cabinet Room, his hideaway office in the Executive Office Building, and his weekend retreat at Camp David in the mountains of Maryland. Taps were also placed on the telephones he used most frequently. With the exception of the recording devices in the Cabinet Room, which were controlled by Butterfield, there were no on-off switches.

The taping system had become so much a part of the daily White House routine that Nixon no longer gave any thought to the fact that he was recording himself. At times, he even forgot which rooms—apart from the Oval Office—were bugged and which were not.

Excerpted from KING RICHARD by Michael Dobbs. Copyright © 2021 by Michael Dobbs. Excerpted by permission of Alfred A. Knopf, a division of Penguin Random House LLC. All rights reserved. No part of this excerpt may be reproduced or reprinted without permission in writing from the publisher.

MICHAEL DOBBS was born and educated in Britain, but he is now a U.S. citizen. He was a long-time reporter for The Washington Post, covering the collapse of communism as a foreign correspondent, and he has taught at Princeton, Georgetown, and the University of Michigan. He is the author of a Cold War trilogy that includes Down with Big Brother, One Minute to Midnight, and Six Months in 1945; he lives outside Washington, D.C. 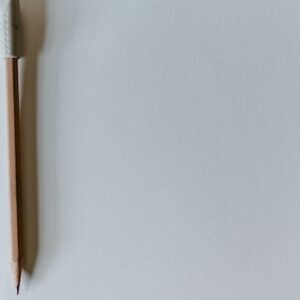 There’s no such thing as a moral squirrel. They’re too focused on gathering nuts for winter to worry about stuff like...
© LitHub
Back to top